This article was inspired by my utter boredom in my statistics class and wondering how it relates to my life. Now, K-popvians, we all have encountered our polls in K-pop land:“Who has the best skin?”

Okay, maybe not the last one, but it should be there no?

Even at Seoulbeats, we have had various polls, namely Miss Seoulbeats and Seoulbeats Ideal Type World Cup. And we have written about why those  and other similar polls are not representative, and using Statistics’ theories here is why. 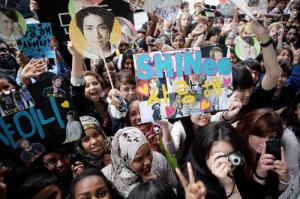 K-pop has a lot of bias and it is a niche fandom, meaning that it attracts only a certain group of people. It is not at all representative of opinion at all. Polls, especially in this realm, is solely voluntary. Meaning that there is no randomization at all. In statistics, in order to eliminate bias and make sure your sample is representative of the population, you have to randomly choose your subjects. But polls, especially those on the Internet, faces a serious problem with that. This type of bias is called voluntary bias, that those who vote on these polls have strong opinions and feelings on the subject thus affecting the outcomes. And those conducting these polls have no power in who responds.

Not only is there a problem with the bias but the questions that these polls ask are hard to rate uniformly. For example, beauty. Different cultures have different standards of beauty. So when someone from Asia looks at a female idol and says she has curves, those from a western culture might view it differently. Because there is no universal standard for beauty it is hard to measure. Beauty is in the eyes of the beholder.

Even those you can measure quantitatively, like intelligence, was also severely screwed up. When I first read the article about 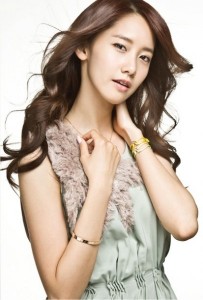 Im Yoona being ranked “Most Intelligent Female Idol” I was intrigued. I thought “Interesting, all I hear about SNSD is how ‘shallow’ they are. Good for you Yoona” Then I read the article. The participants, in this very small poll of 238 people, voted for her, Kara’s Goo Hara, and After School’s Kahi as the most talented and intelligent because they can“…actively sing, act, and make numerous variety show appearances…”.

Say what? Intelligence can be measured on a quantitative scale eg: SAT, IQ, ACT, G scores. Is it completely accurate? No, but it is a lot more accurate then measuring intelligence based on being able to “Sing, dance and go on variety shows.” According to Howard Gardner, musicality is a specific sort of intelligence but this article is talking about overall intelligence. And there are people in the K-pop sphere that do sing, dance, and rock the variety shows better than those mentioned in this article.   It again shows the severe depravity in the quality and information of those polls.

So when the next poll comes out on “Who has the most chocolatey chocolate abs” or “Which idol can wrestle a rabid polar bear,” remember that just because they win a poll it does not mean that it is fact.