Counterpoint: Does YG deserve accolades for no plastic surgery? 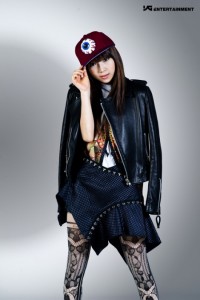 In light of YGE gearing up to debut their new girl group next year, it has been announced that as part of their contract, the girls of the group are prohibited to undergo cosmetic surgery in any form. Bo Kyung covered this new angle by YG in an article written by her earlier this week.

“The new girl group is made up of members who have not had any plastic surgery. The girls have also agreed to the condition of not undergoing plastic surgery in the future in their contract with Yang Hyun Suk CEO…While we were looking at the pretty singers from other agencies, we were curious as to what the result would be if those singers did YG music. That is how the idea of this new girl group started… In addition to emphasis on skills, good looks are also included. A group that can’t be found in the existing music market will be produced.”

Naturally, everyone is showering CEO Yang with accolades. It sounds absolutely great. Finally, a girl group with natural talent, natural beauty, natural everything. Surely this is going to create a dent in the manufactured Korean Pop industry for the good right? Well, I’m not entirely sure whether that’s true.

First a disclaimer: good on the members of this future girl group for being naturally beautiful. They aren’t doing anything wrong by being naturally talented, and naturally pretty. So my qualm isn’t with them. If anything, they’re a rarity in K-Pop these days (more the talent than the beauty). My issue does not lie with the girls, it’s not even with YG for coming up with the group. It is Korean Pop — an industry that is visual heavy. Rather, it’s with the praise YG is getting for adding the ‘no cosmetic surgery’ clause to his contract.

See, although the members of the group are free of any cosmetic surgery, one must realize that CEO Yang chose the members based on their looks first. He ensured that all of them were natural beauties before selecting them for this new girl group of his. And really, what’s the difference? The emphasis is still very much on beauty — much like other groups such as SNSD, KARA, and the likes. Earlier this year, YGE revealed that his new group would be SNSD-like. Although at first I presumed he meant they’d be large in number and perform militaristic choreography, I can now only conclude that what he meant was — much like SNSD — this group would have an emphasis on good looks. The only difference is that these girls were born with it, and SNSD went under the knife.

In the end, YG is still putting the emphasis on good looks and beauty. He’s still upholding the precedent held by the Korean Media. By having the girls in the group be naturally beautiful, he is still adding to the increasing amount of self-esteem stabbing girl groups saturating the music scene. And while I can not condemn him for the decision (it is K-Pop after all), I do not believe this is a significant step in K-Pop at all. If anything, this is the most shallow decision YG has made in a while.

I am not anti-YG at all. I respect a lot of aspects of the company, but at the same time I have to scoff at people who claim YG never considers looks when selecting trainees. Although it may be true to some extent, have we forgotten that he initially refused T.O.P a place in the company due to him being overweight?

YGE is still upholding a standard, he’s still promoting the idea of good looks being equivalent to success and legions and legions of fans. I’d buy this group better if it was a girl band made up of five to seven CL like beings. CL, who although is not ugly, is still not considered traditionally beautiful. Yet she can outperform almost anyone out there, she brings her own charm to her, she exudes confidence. What I would like to see is a group of seven normal looking girls being able to strut up there with confidence — with no consideration about looks at all. That’d be entirely a lot more empowering than seven already naturally beautiful girls perform with the same prowess. 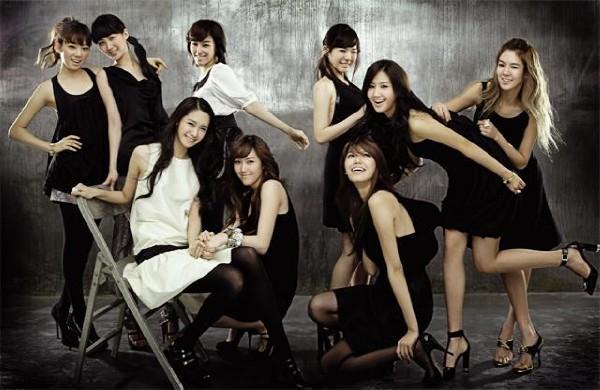 To be honest, in some ways, the concept of having a group made up of complete natural beauties carries almost as much negative implications than that of having a group made up of ‘plastic’ beauties. The idea of all seven of them being naturally beautiful, on top of being talented and successful, almost sells the mentality that such ‘perfection’ is abundant and does exist. Imagine the nine gorgeous ladies of SNSD — except this time, imagine all nine being talented, and all nine being naturally gorgeous. That’d take an even bigger hit to young girls’ ego compared to the present day SNSD. With the present day SNSD, there’s always the lingering feeling at the back of young girls’ minds telling them that they were not born gorgeous, they had to fix themselves. Such beauty is not the norm, it may be expected, but it is not the norm. But if they were all born beautiful? I don’t think their insecurities could handle that. If young, impressionable girls know that such beauty is achievable naturally, would they not feel more inferior?

Although this decision by YG is admirable in the sense that it isn’t desensitizing the action of having plastic surgery, in the end he is still contributing to the pool of girl groups that together hold up the standard of what is considered ‘beautiful’ in Korea. He is still promoting the idea of idols having to be ‘beauties’. It is still saying that you have to be pretty if you want to perform. And in some ways, it’s almost like a backhand to the groups that have had plastic surgery. As in ‘hey, check it out. My girls are talented, beautiful, and they didn’t need to go under the knife to achieve it. Suck on that SM’. They’re pretty much the biggest ‘U Mad’ to every female associated with K-Pop. And really, who can blame him? As nice an idea of a girl group with no emphasis on aesthetic appeal would be — it’d also be a fail marketing decision. People are just drawn to pretty people. YG knows that, hence the formation of this group of ‘natural beauties’. Should we condemn him for doing his job, should we condemn him for knowing what will sell and putting it forefront? No. But is he taking a large step for the greater good in K-Pop? Again. No.

So what do you think of YG’s new no plastic surgery clause? Do you believe YG deserves the praises? Or are you skeptical about this development like I am? Share your thoughts!