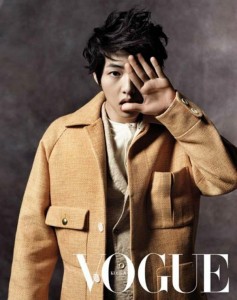 We all know that here at Seoulbeats, reading an article is only half the fun. In fact, I often find myself spending an even longer amount of time to peruse through comments than I spend on the article itself!

From an author’s perspective, the greatest measure of success for a particular article doesn’t come in the form of a high numerical quantity of comments, nor does it come from comments of literal praise. The times that I feel like I succeeded the most as a writer are the times when open and thoughtful discussions are brought about. To me, the best (and most fun) part about Seoulbeats is that we get to maturely bounce different ideas and opinions off of each other, and also become more educated consumers of K-pop in the same process.

There are often times when I am reading comments that I come across great points that support my original argument that I wish I had thought of and included in my article. There are other times when I come across well-written rebuttals that make me reevaluate and revise my opinions on the spot. In both these instances, I think to myself that these comments really deserve to be put into the spotlight for more people to read.

And thus, the Seoulbeats comments-of-the-week section is born.

Here is our selection of five of the best comments on articles from this week:

lordofreimes on The Current Laughable State of K-pop Girl Groups:

SNSD is to ‘blame’ for this explosive influx due to the fact that they have created a successful formula with the most amount of corners cut with the least amount of company effort expended in finding talent. Whereas it used to be one out of hundreds of ‘internet ulzzangs’ would make it into the entertainment industry due to their skills and talents, these days any mixed bag of pretty faces can be thrown together to make a girl group. 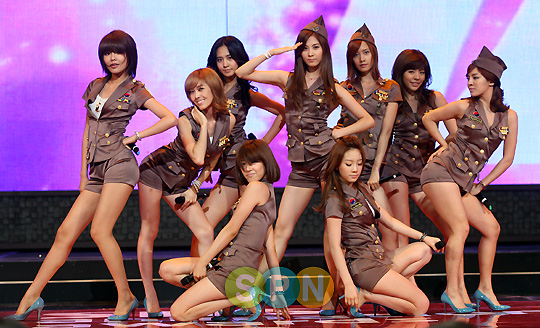 I remember in 2007/08 when groups actually relied on their singing ability and for every comeback, I would root for the weaker singers to improve. These days, girl groups THRIVE on NOT SINGING. T-ara‘s only non-autotuned voice in all their songs is Soyeon and yet they seem to succeed simply due to their 3 pretty face members (don’t pretend Roly Poly made any human sense). Let’s also not forget the complete absurd addition of useless members to old groups – it’s like management thinks that ‘as long as we’re under the magical no.9, we can keep adding members’. I have no doubt this irrational behaviour is completely economically detrimental to the groups (the costs involved in an extra member do not outweigh the benefits gained). Whereas the old generation disbanded due to a member leaving, post-2007, members are simply replaced and the group carries on.

Training times have shortened, talent scouting has become easier, K-pop fan’s tolerance for bad vocals has increased and group chemistry/integrity is non-existent. It is an absolute goldmine for wannabe music producers and it is much easier to ‘throw’ groups out with minimal costs spent hoping for a bullseye than use the old method of training a group up for 7 years, without any guarantee that their talent would pay off.

One thing that has always struck me was a clip of 4minute on the streets of Seoul asking the general public if they knew who the girls were. The answer, repeatedly, was no. While the K-pop community seems to believe that these idol groups are top shit in Korea (the equivalent of Gaga, Bieber in the US), the fact is barely any of them are recognizable even within Korea (Secret getting mixed up with Sistar, or any of the other numerous mix ups) and the idol market is alot smaller than what the international fans make it out to be. Look at the GaOn or K-pop Billboad Hot 100, whereas K-pop sites/music shows focus solely on the IDOL groups, the national and global charts show a completely different and quite varied picture. The K-pop idol market realistically looks more like a niche market. The largest and most widespread niche market in the world, but still a niche market.

Guest on The K-Pop Fad: When Will It End?:

Very well-thought out and interesting article but I have a slight issue with the bit where you equate K-pop and Hallyu. Hallyu does not begin and end with K-pop. Hallyu is and will always be centered around dramas and to a lesser extent film. These are the two genres that genuinely offer something different, unlike K-pop which is really just plain ole pop sung in Korean, and not surprisingly it’s these genres that make the cash, that do cross over and have longevity. 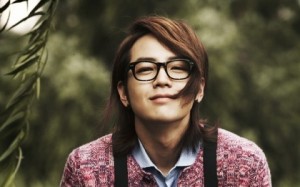 Do you think any one of the K-pop groups that debuted this year in Japan will ever be able to have the same hold over Japan that Yonsama does? He’s still milking success of that one drama from 10 years ago. Jang Geun-suk is an even better example. His single sold more than most K-pop groups this year, including some of the biggies like 2NE1 and 2PM. And he’d never stepped foot in Japan before he released that. His dramas had and one of them was remade in Japanese with great success.

Similarly, Korean movies are the only ones that have crossed over, not just as an excellent brand of “world cinema” but a cinema that makes money in the West even with subtitles (The Host), that Hollywood tries to remake consistently and fails consistently (The Lake House and countless other films), that has an internationally respected showcase (the Busan film festival), and that has critical appreciation and awards (Jeon Do-yeon‘s win at Cannes, Kim Ki-duk‘s importance as an auteur).

K-pop is the smallest section of a very large pie. It’s the one with the most glitz and glamour but it’s also the one with least amount of inventiveness, crossover appeal, and critical appreciation and the one that makes the least amount of money. It’s overhype and the hype will die down soon because if Japan is any indication, K-pop companies don’t have a clue about how to plot world domination, let alone achieve it. The Korean government can sink all the money they want into promoting it, K-pop’s primary and most successful market will always be Korea.

Guest on Homophobia in K-Pop:

I think there’s two things at work here that many non-asian people don’t take into consideration. 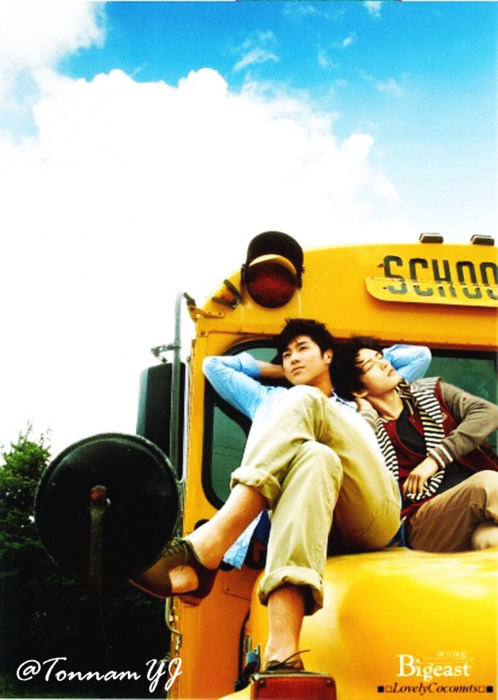 1. Skinship between males (by which I mean holding hands, slinging their arms around each other, but not kissing) is not specific to idols. It’s common among men in South Korea, just like it is in most parts of Asia. Yes, there’s an age past which it will be looked upon as odd but for most young Korean men, it’s not an issue and it’s not an indication of homosexuality. The same is true for young women.

2. Many male idol groups cultivate their fanbase based on fanservice and yaoi ideals. It’s the best way of ensuring the fans that their oppars will always be true to them. They don’t cheat on them with women, but what’s wrong with kissing a bandmate. After all, the fan is most likely a fan of the bandmate as well. Heechul may or may not be gay but he knows exactly what he’s doing when he goes about kissing his bandmates on stage. And most male fans of girl groups have absolutely no problem with the idea of them kissing.

For every fan that says “it’s just fanservice”, there’s one that says “omg, that’s so gay!”. Neither attitude is fair to the idol. Sexuality is a private issue and unless that person wants to talk about his/her sexuality, there’s no reason for us to gossip about it. There are definitely gay idols but not all of them are cut out to be spokepersons like Hong Seok-chun and not all of them can take the risk he did. Being an idol is the shortest of the careers in Korean entertainment and the one with the least freedom. Often, these are not choices the idol can make, but we don’t need to force our ideas of “gayness” on to them either.

LaurenLCD on Should Have Gone Solo, But Didn’t: Male:

You’re basing their solo capability based on vocals alone, and while they may have great voices, simply having a great voice can’t completely carry you through your career. The music industry is an audiovisual medium. If you can’t dance, then you better have a lot of flashiness or charisma to compensate. There’s a reason the guys you mentioned can’t go solo and it’s because they’re easy to ignore. Outside of their vocals and a couple of quirks (Onew‘s sangtae, and love for chicken), what else draws them to you? Can’t make the excuse of them being reserved, because MJ and Janet were/are the most reserved artists around and yet, nothing short of a cataclysm of death can make you look away when they’re on stage. Heck, Minho was the most quiet member of SHINee for a couple years, and he still got more attention when he was silent. They may be cute, can dance, etc. but in a young adult audience perspective: they’re boring. The camera follows them out of obligation, not because they have enough presence to carry a song… 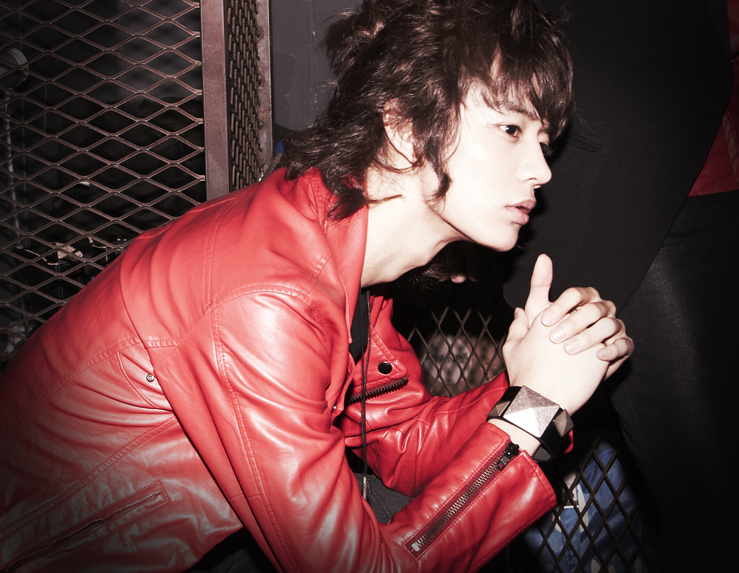 This is actually quite interesting. BUT so far, not one Seoulbeater here (even Bo Kyung) has commented my sentiments… which is THIS:  The ‘no-plastic’ rule appears to promote a lessened emphasis on looks, but because they’re selling the ‘natural beauty’ concept, the final focus is still appearances. Rather than reducing the emphasis on physical beauty, they’ve only heightened it.

And in fact, they’re indirectly insulting anyone who’s ever made the choice to enhance their appearances through plastic surgery because the implication is that only people who are plastic surgery free are ‘beautiful’…which isn’t entirely fair.

What you do with your body is your prerogative. Just imagine how Bom must have felt, that her own company finds her no longer ‘beautiful’ in their eyes… because she’s had plastic surgery, and therefore no longer qualifies as a ‘natural beauty’.

A policy which TRULY disregards appearances in the face of talent, would not have an appearance criteria at all. It would let people weigh what they want to weigh, let people do with their body what they want. YG lived up to that spirit with Big Mama, but not with this ‘natural beauty’ concept. Two wrongs don’t make a right… either policy discredits each other.. thus rendering them both invalid.

That’s it for this week! If you see your comment up here, then kudos to you! And remember to share your thoughts and insights on any of our articles — because we’re always watching!