The question of the moment: Is 2NE1, in fact, anti-Japanese?

Glad we got that cleared up. But hold on just a moment there. There’s other questions worth asking, namely, why are they being accused of anti-Japanese? Is it just a bunch of oversensitive haters and netizens? Did the netizens have a point in asking this question? And what does this controversy say about the future of K-pop in Japan? 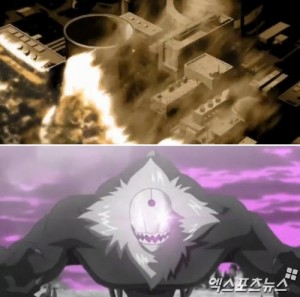 Let’s start off simply. Firstly, what tipped off this controversy in the first place? Well, it was 2NE1’s Japanese “Hate You” video, apparently. Anyone remember that one? It was pretty nifty, with an easy-to-follow storyline, gorgeous animation, and pretty good translation of the general personalities of the group. But alas, some points about it didn’t sit quite well with the commentariat over at Japanese net portals. It was two details in particular: the nuclear reactor at the beginning, and the monster with the red dot in the middle of its head killed by the animated girls at the end of the video.

Some claim that the nuclear reactor is meant to represent the Fukushima Daiichi plant, with the explosion alluding to the twin disasters of the earthquake and the tsunami back in March. Other people are speculating that the monster at the end with the red dot looks suspiciously like the Japanese flag, and with the monster being killed and disposed of….well, I think you can catch the drift.

Needless to say, both sides of the issue have been going nuts. A certain segment of Japanese netizens has been absolutely ripping into 2NE1, accusing them of racism and depravity and claiming that this video can only herald their failure in the Japanese market.  The defenders, likewise, have thrown all rationality out the window, accusing the skeptics of racism and depravity and claiming that this controversy can only herald 2NE1’s awesomeness and future success in the industry. The truth of the matter, as usual, is somewhere in between.

Do I believe for a moment that 2NE1 are really anti-Japanese, and out to make a statement? No. In case anyone forgot, this was originally a Korean music video, pretty well disconnected from current events. It was animated by artist Mari Kim, so if anyone could be accused on these shaky grounds, it would be her or YG Entertainment, not the girls. Furthermore, the 2NE1 defenders aren’t being completely paranoid. There are a few xenophobic Japanese netizens out there who are eager to denounce anything a Korean group does, period. They don’t care to see the Hallyu wave blowing up. On the other hand, can you really blame Japanese netizens for seeing these kinds of sentiments in a music video? It’s been a rough time for Land of the Rising Sun, and any nation who recently weathered such a disaster is bound to be a little touchy. It doesn’t certainly doesn’t help that certain Korean xenophobic netizens were crowing at the news of the earthquake. And the Hallyu wave has not always been a happy move. With only a few exceptions, Korean groups for the most part have been treating their Japanese promotions with a faint air of condescension, wanting the money but not particularly pleased at the idea of having to respect Japanese culture. B2ST‘s refusal to wear kimonos at a Yumi Katsura fashion show comes to mind. Perhaps 2NE1 didn’t mean to come off as anti-Japanese, but considering the climate of things, it’s not suprising or entirely unreasonable that they should be percieved as such. Music, after all, is chock-full of subliminal messaging, and the more heated the atmosphere, the more likely it is for a statement to be there. 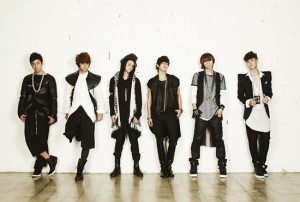 This climate of dislike is entirely frustrating. The mutual emnity between Japan and Korea has been thoroughly canvassed within the context of the K-pop blogosphere due to just about every entertainment company out there turning their money-hungry eyes toward Japan, but it never seems to stop the internet from exploding in shock and outrage every time something like this happens. The sad and sorry truth is that, until these generations that still hold on to past prejudices and bad war memories die out, these fights are never going to go away, which means any Korean group, regardless of who it actually is, is going to create friction by debuting Japan. The international fans can plead for peace all they want, but it’s never really going to make a difference. The best we can really do is dissect among ourselves, and hope that one day a miracle happens and Japanese and Korean netizens can interact without trying to kill each other.