Will T.O.P. be an Absolute Boyfriend? 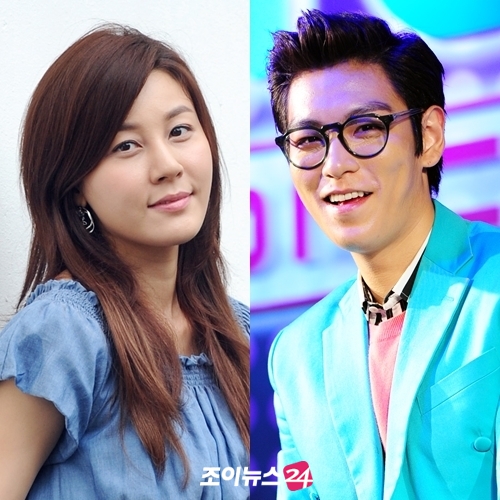 It looks like Korean drama companies are once again looking towards Japan for some Kdrama inspiration.  News broke that Korea will remake the 2005 Japanese manga Zettai Kareshi also known as Absolute Boyfriend by mangaka Watase Yuu.  What’s causing a ripple in the land of Kpop is that it was announced that Kim Han-eul and Big Bang‘s T.O.P. are at the top of the list for the lead roles.

For those of you unfamiliar with the manga, the story revolves around a lovelorn 16 year old girl Riiko Izawa who want to have a boyfriend.  Through some  random twists of fate she ends up with a made to order robot boyfriend- a perfect fully functioning robot boyfriend.  She gets duped into keeping her boyfriend who she named Tenjo Night, and is programmed to please and love only her, by the company that made him so that they can collect data to help them improve any future models.  Riiko and Night’s relationship grows, there’s a love triangle with Riiko‘s friend Soushi, Night begins to think freely and develops ‘real’ feelings for Riiko, Riiko decides that she actually loves Night, then Night begins to malfunction, and… you’ll have to read the manga to know what happens next. 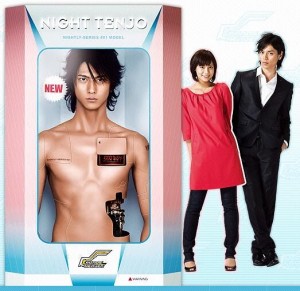 I haven’t read the manga, but I have watched the live action Jdorama of Absolute Boyfriend starring Aibu Saki and Hayami Mokomichi.  In the live adaptation, they made Riiko‘s character a young twenty-something office lady which is actually a little more appropriate with the Night character always wanting to kiss and do other things to ‘please’ Riiko.  He also works, cooks, cleans, and does laundry which in my book would make a pretty perfect boyfriend- other than the whole being a robot thing.  Hayami Mokomichi was great as Night- he had the slightly mechanical and yet human-like robot mannerisms and speech down.  He was also gorgeous and very endearing as Night and you could almost understand how Riiko fell in love with him.

I wonder how Korea will re-write the story.  If Kim Han-eul does end up playing Riiko, it has been confirmed that she and T.O.P. were offered the roles but nothing has been confirmed yet, it’ll be an interesting twist.  Kim Han-eul just completed filming for the movie You’re My Pet with Jang Geun-suk which is an adaptation of another Japanese manga Kimi Wa Petto.  Han-eul is also twice the age of the original character and a decade older than the Riiko portrayed in the Jdorama.  Ha-neul is a veteran actress with many films and dramas on her résumé, but I’m not sure if she will be able to pull off the role of Riiko.  Half the story revolves around the naïve Riiko being hilariously freaked out by Night being a robot and his ardor filled advances until they find a middle ground where she becomes comfortable around him.  An older, more mature, and experienced owner might not have as much qualms of using Night‘s ummm, ‘talents’ if you know what I mean.  If Kim Ha-neul does take the role, it’s success will lie in how good the writer is in adapting the script. 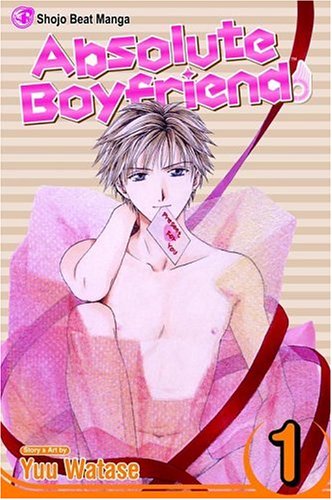 Which brings us to T.O.P. as Tenjo Night.  I can actually see it.   T.O.P. can at times be stiff = robotic, has a great speaking voice, and can also be super goofy and cute when he’s not acting cool.  He’s also handsome, but whether or not he can physically live up to the standards of Night remains to be seen.  Night was often shirtless to show off his perfect physique, and if you’re a fan of T.O.P. you know that he almost never shows any skin.  They could bypass all the skin scenes, but what kind of pleasure-bot, oops I mean perfect boyfriend robot, would come with clothes?  I’m just saying.  We all know T.O.P. has acting potential, he won a best new actor award for his lead role in 71:Into the Fire.  I was fortunate to be able to watch 71:Into the Fire on the big screen last year here at the Hawaii International Film Festival and while I won’t say that T.O.P. is a consummate actor, he definitely has a lot of potential because his acting in the film was moving.  So far most of his roles have been serious and in action dramas, seeing if T.O.P. can stretch his acting abilities to a role in a romantic comedy is a risk I’m willing to hope for and see.

Korean adaptations of Japanese mangas are really a hit or miss depending on how good the scriptwriter and director are at interpreting the story.  Most of the time a lot really gets lost in translation- situations that work in Japan won’t always work in South Korea.  This story was mostly an innocent love story of a girl and her  robot,  but there were sexual undertones which might not work in the more culturally conservative South Korea.  I usually enjoy dramas based on mangas, but that’s just my personal preference and I do realize that most of the time they’re not some of the best Kdramas.  But when I watch a Kdrama, I’m not looking to always watch a groundbreaking show, most of the time I’m just looking for something entertaining to watch.  Final casting news for Absolute Boyfriend should be coming out soon as the Kdrama is set to air early next year.