SNSD: You're Doing It Right

Not long ago, SM Entertainment released what was the first image teaser of SNSD‘s title track ‘The Boys‘, and although the CGI effects and the effectiveness of the green screen was questioned, the consensus seemed to be that, yes the graphics are ridiculously artificial and so painfully SM, but holy cow SNSD- you actually look your age! Well, more like, holy cow YoonA– you actually look your age! But doesn’t she look fantastic anyway?

Yesterday, SM has finally released image teaser two that features close ups of all 9 of the lovely ladies:

And this is where I begin losing coherency.

Admittedly the teaser tells us absolutely nothing about the quality of the song. And if experience has taught me anything, it’s that this entire teaser is probably just going to be used as the introduction of the MV, you know, just before Yoona turns around and walks into the light. The light that leads to the white SM studio, home to epic creations such as f(x)‘s ‘Chu’, Super Junior‘s ‘Mr. Simple‘, and Dana and Sunday‘s One More Chance. Et cetera, et cetera.

But for now, let’s just appreciate what we have. And what we have is SNSD finally getting themselves together and coming up with a concept that doesn’t have to be met with a punch. As said before, this teaser isn’t a cinematographic masterpiece. The setting looks artificial, the camera work could have been done better, and at times it’s awkward to look at. Perfect example would be the shot of Sooyoung, Her solo shot was taken at an awkward distance, and at an awkward angle. The zoom was crudely done and hey, I want to see Sooyoung’s gorgeous face! It’s a nice dress and all, but sometimes it terrifies me how skinny she is. But, what makes this teaser isn’t the visuals (not that the girls don’t look stunning), but the implications behind it.

The thing with SNSD is, they’re never going to adapt to that ‘boyish’ or ‘fierce’ image a lot of girl groups seem to be going for these days, and what a lot of people seem to admire. They don’t have the same freedom as a group like, say, 2NE1. Who have the flexibility to go from something like ‘Lonely‘ to ‘I Am the Best‘ without having anybody do a double take. As discussed in the Seoulbeat’s roundtable, it seems like girl groups are limited in what concepts they can explore and grow into. SNSD is probably the best example of this, where they can’t make a comeback that’s too ‘in your face’ and ‘fierce’ without it looking contrived (just so you know, I completely blame SM for this, as I do most things). Especially because of their recent Korean promotions, where they’ve always resorted to both extremes of the spectrum: pseudo soft-porn sexy, or saccharine cute. Or some diabolical mix of both. Due to this they’ve also ensured themselves an almost predominately male fan base in Korea (it seems like internationally they appeal towards girls more) which means that they can’t suddenly stop pandering to the male’s satisfaction. 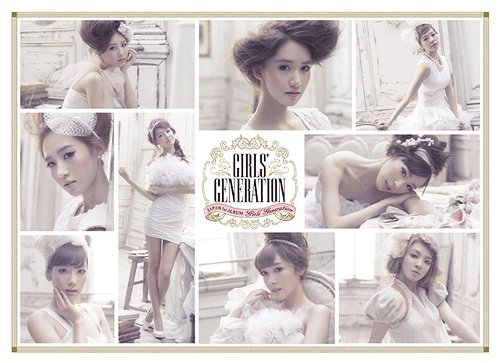 SNSD debuted with a girly feminine image, they hit the big time with a overly cute feminine image, and their Japan promotions had them exude a more lady like feminine image. And so they just can’t drop that feminine image. It’s embedded too deeply into who they are- they will always be Girls’ Generation. So what it looks like they’re trying to achieve for their Korean image (which is essentially just an extension to their Japanese one), is a mixture between classy, feminine, and fierce, and I think that’s probably the best way for SNSD to go. The largest criticism towards SNSD (well… largest criticism next to them being ‘oppa seducing hoes’) has always been how they’ve portrayed women as ‘submissive’ and ‘second to men’ in their promotions, STANDS are always the quickest to bring this up, and it’s difficult to refute them- because it’s true. Even though ‘Genie‘ and ‘Gee‘ were my jams for a good while, I’d much rather see SNSD work it like the classy twenty something year olds I know they are. Wearing an abstract art-piece as a shirt, or giving the finger to the male population isn’t the only way to represent females (not that I don’t appreciate those whenever they do happen). Sometimes all it takes is for girl groups to act like women their age with no extra baggage attached. I mean, I love wearing long dresses and looking pretty just as much as I love leather, abstract art, and sweats. But that could probably just be me. (Alright, maybe not as much as sweats).

Seeing as both teasers tell us almost nothing about the song itself, it’s lucky we have the leaked Japanese teaser to give us a whiff of what the actual Music Video is about.

So as expected, they are indeed dancing in an empty room, but it looks really well shot so I think we can forgive that for now. My hopes for the song are probably a bit too high, but only because Teddy Riley is the one who’s producing it. And although I’m not too big of a fan of ‘Dr. Feel Good‘- it has thrashed almost every other release SM’s own producers have thrown out this year. I’m also really pumped about the dance, because it looks a lot more difficult than what they’re usually used to. It’s looking like the choreography is leaning towards being more ‘Into The New World’-ish than ‘Genie’ or ‘Hoot’-ish, or any of their other dances that simply consist of a hook move. Which is fantastic. The thing about SNSD is, although they don’t have the best dancers in the industry- the synch and militaristic precision of their dancing is almost always on the dot. Even though there are members who are sluggish in their moves, for some reason when they perform as an unit everything just… works.

Also, I can hear some rapping. It sounds like Tiffany. Why? Have we not been through this? It was cute hearing her spit out that little bonus rap in Genie and all, but let’s not make this a habit- okay SM? Though once again, I will look past it this time, since SM’s last pseudo-rapping and chanting release was- how do the kids say it? Da bomb?

To finish off, I know beauty is in the eyes of the beholder and everything. And I know all the girls look gorgeous. And I know I’m probably incredibly biased because she’s my favourite. But can we all agree Sunny stole the show? Like seriously, is there even any competition? 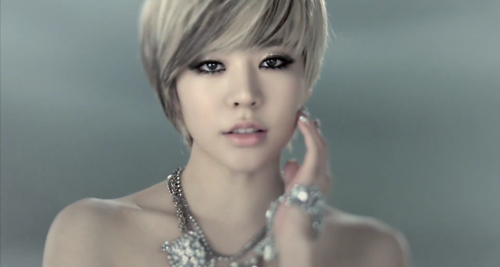 Oh beautiful Lee Soonkyu. If you finally sing like an actual human being in this song, and prove to everybody I’m not crazy for claiming you have a voice, you might just become my ultimate female bias. My heart tells me you already are, but my brain is too embarrassed to admit it.

So who’s excited for SNSD’s comeback?