Living in a Leeteuk World

While I may have expressed my doubts last week, unless Park Jung-Su and Kang So-Ra are hanging out in Kimhae Airport with cameras for shits and giggles, their inevitable appearance on the hit show We Got Married is but an episode away from confirmation. 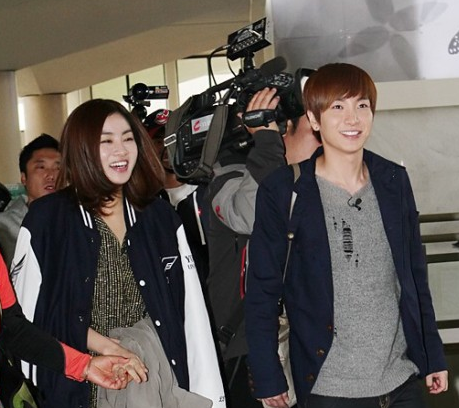 Yes, he is saturating the Korean media, yes, he is tiring himself out before his enlistment into the military, and yes, most of us would rather see another member of Super Junior on We Got Married but let’s take this opportunity to look at the man in question and get to the heart of what exactly gets this man so much action.

Leeteuk may not be the most handsome , the most beautiful, or the most sexy, but in a sea of angular faces and long, layered hair, Leeteuk is different. I cannot single out a particular feature but he stands out in a crowd of his peers. And part of being an attractive person is being recognizable. Whether it is with Super Junior, SM Town, or every single Korean idol known to man concert, I can always pick him out. And that’s important because let’s be honest, there is no such thing as an ugly idol, right? The only thing that is going to elevate you above the rest is your ability to stand out and regardless of my personal preferences, Leeteuk definitely does that. 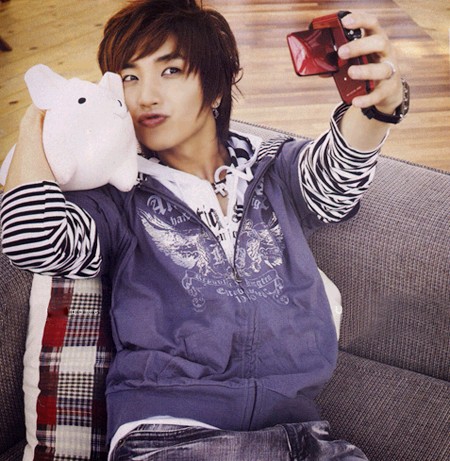 While I cannot say the same about his presence in Super Junior, at the very least, Leeteuk tries and can get the job done. But perhaps more importantly, he is an excellent leader. Super Junior has gone through a lot in the past few years since their debut, more so than your run of the mill idol group, and through it all, he has managed to keep a functioning group together. From the various scandals to sub unit activities, Leeteuk has always made sure that for the most part, him and his group have got their shit together. And when things haven’t worked out well, he’s admitted to it.

Leeteuk first got his chance to shine on Mnet’s M! Countdown. As an MC for the show, he demonstrated his abilities to commit to his role in an efficient, charismatic manner. While he debuted as a far cry from the man he is today, we saw the beginning of someone who was able to laugh and smile genuinely into the camera and tug at our heartstrings with a gentleman’s grace. And as time passed, he grew. From SUKIRA to Star King to Strong Heart, Leeteuk has maintained his signature gentlemanly grace but has managed to be a little bit of everything else along the way. He is funny, sweet, endearing, bold and while he may not be any single, one of these characters alone, that is his appeal. He is able to give us a taste of everything while not lingering on any extreme. But above all, he is genuine. Every laugh, every smile, every tear is honest with us.

And that’s why we love him. He’s a special dude and while I, and the rest of fandom, wish you would give yourself a break before embarking on an important part of your life, if this is something you want to do, then do it. You’ve always been charmingly honest with us and there’s no reason to stop now.