Counterpoint: Junsu Did More Than Just Release A Song 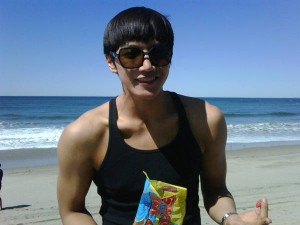 2PM‘s lead vocalist Kim Junsu recently dropped his solo single Alive, complete with photos, an HD teaser, and hopes for a promising music video. Now news like this usually passes through our ears without much thought; idols release new music all the time. We glance through the photos if there are some skin worth looking at, we may even spare a couple seconds to watch a teaser that may not even have anything to do with the actual song, and then life goes on.

Junsu has always stood out to me amongst the other 2PM members; for one, he can sing, and lets be honest, 50% of the 2pm members actually sing well. Apart from that, he’s had this crazy vocal dynamic that allows him to both deliver ballads with the perfect amount of emotion and rock stages with quality, often original rap. But of course, qualities like that don’t necessarily make him unique. Plenty of idols can do at least do that much.

Here’s how Junsu is different: he’s in the game to be more than just an idol. Any faithful Hottest who ever paid attention to him in 2PM reality shows knows that Junsu has alway mixed beats on his personal computer and recorded lyrics into his phone when on the run. Junsu even has this personal quirk where he traces music notes or staff lines in the air as he’s s 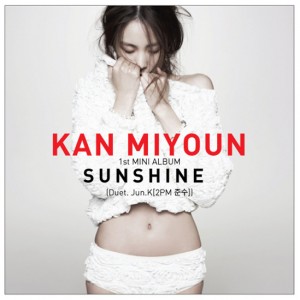 inging; he has a serious passion for music, and has made many attempts before to put forth his own creations, but many of us know how the music industry deals with original music by the idols they market.

Fortunate for Junsu, JYP has given him the opportunity to put his musical talents to more official work, beginning with his part in the writing, directing, and producing of Kan Mi Youn’s Sunshine. It’s not everyday you hear about mainstream idols taking time out of their day to help produce another idol’s songs.

For many, Junsu of 2PM is someone who is more recently catching some of the spotlight. With all his efforts in both 2PM activities and his own, I think this is perhaps the ideal time for his solo single to drop. But Alive is more than just a song–it may even be one of Junsu’s proudest moments.

It is no secret how hard this kid had been working to pursue musical endeavors, not just the life and luxury of being an idol. Junsu even said himself in his Alive interview he not only played his part creating the song, but steered the concept shoot as well. He has been very hands on for an idol, especially about his own interests, and not many else can attest to that without bringing up stories of lawsuits or disbandment.

So, here’s a toast to you Junsu, for showing us an idol can have real musical talents, and for all your hard work and desperation to be more than just another blip on the pop radar.