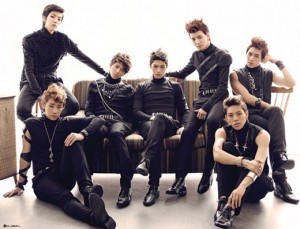 The Fall comebacks continued last week with INFINITE leading the way trying to take you to “Paradise” and Hee-chul giving fans a special duet.  It also marked the end of another great 2011 Kdrama, Protect the Boss.  What 5 Things happened in K-pop last week that I think were a bit  more special than the rest?  Keep reading to find out. 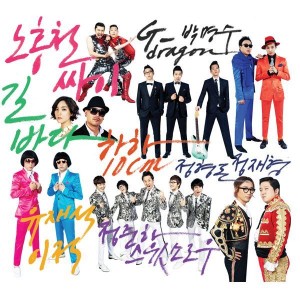 On the last episode of Infinity Challenge. they did a West Coast Expressway Song Festival redux with the cast pairing up with some new partners to perform their hit performances- well everyone except for Jung Hyung-don whose partner Jung Jae-hyung either totally loves being on the show or had nothing else better to do.  For the performances, Infinity Challenge hit the streets and put on mini concerts at a few locations including an all girls’ school, a jjim jilbang, a gas station, a lumber yard, a street market, and to the delight of some Shin Se Kyung soldier fans boys (who was performing with Gil instead of Bada)- an Army base.  It was a fun and enjoyable episode.  I especially loved the stand-ins they came up with to perform with Jung Jun-ha instead of Sweet Sorrow.

Kim Hee-chul‘s fans had one last surprise from their idol, before he left to enter the military he got together with Kim Jang-hoon to do the song “Breakups Are So Typical Of Me.”  I’m not a big Hee-chul fan and I’m not too familiar with Kim Jang-hoon (other than seeing him rock the crowd at this past year’s KMF), but I thought this was a great song.

It was also super cute and touching that some of Hee-chul’s Super Junior brothers came out and subbed in for him to perform on last week’s music shows with Kim Jang-hoon. 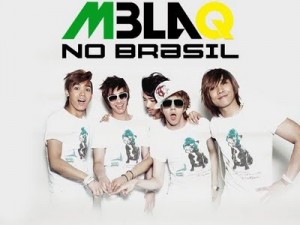 MBLAQ traveled to Brazil to serve as judges for the Kpop Roadshow Cover Dance Festival.  I know a lot of people say that Kpop’s growth is overhyped, but when you receive a reception like MBALQ did upon their arrival in Brazil, a continent half way across the world from where you’re from, I’d have to beg to differ.  It was kind of sad watching some of the dance cover contestants get their little hearts crushed when they didn’t make the cut, especially when it was done by one of their fave idols- pretty brutal.  My fave group that made it through was a bunch of Kpop fan boys whose group Check It Out (CI~O) did a great cover of INFINITE‘s “Before The Dawn.”

INFINITE‘s Woo-hyun made his first appearance on the show Immortal Song 2 on the last episode and was a little intimidated.  And who wouldn’t be when some of Kpop’s best vocalists out there are or were on the show.  He’s currently the youngest competitor and in his interview he confessed to some of his anxiety- singing live with a band for the first time, singing alone without his members for the first time- it can be quite a harrowing experience for a hoobae in the industry.  But Woo-hyun overcame his fears and did a stellar performance of Moon Joo Ran’s “Men Bother Women” and ended it with his secret weapon of ‘shooting hearts’.  Although Woo-hyun wasn’t able to overcome an awesome performance from Ali, it still was an impressive vocal performance and definitely solidified his role as INFINITE’s lead vocalist and resident noona killer- how cute were those shooting hearts. 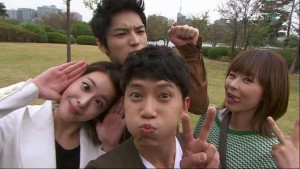 Protect the Boss wasn’t as slick and flashy as City Hunter, but it delivered in so many other ways.  The writing and character development in the drama was just superb and they never stuck to cliches to drive the fast paced story line.  The characters were all flawed, yet endearing and their relationships seemed very, very real.  I’ll seriously miss seeing Ji-heon and Eun-seol‘s love story every week, the hilariously adorable Mu-won and Na-yoon– honestly the only second leads I ever rooted so hard for, Myung-ran, Chairman Cha, and the rest of the excellent cast.  I started watching this drama with no expectations other than seeing how good Jae-joong would be at acting and it was such a refreshingly pleasant surprise.  Already down on my list of best dramas of 2011, and definitely best rom-com so far.  How will I survive without great little scenes like this, seriously.

Oppas will be Oppas

I couldn’t not include the appearance of SNSD (Taeyeon, Yuri, Jessica, Seohyun, Hyoyeon, and Yoona) on the last episode of Running Man.  There wasn’t one great segment to highlight, but the entire episode was pretty entertaining- watching grown men revert to shy 15 year olds around some of Kpop’s top girl idols.  In case you missed it and need some incentive to search for the episode and watch it, here’s the beginning of the episode when SNSD are revealed as the guests and the running men get stripped down for their appearance.

Look out for part two this weekend!