Based on what I can gather from the netizens and media’s response regarding G-Dragon’s incident in Japan, it didn’t seem that serious.  Of course, G-Dragon’s promotional activities will be put on hold for a bit and perhaps the number of CF deals would decrease, but I didn’t think that this incident would make or break his career.  In fact, in some twisted way, I thought it may actually add the “cool” factor to his image.  Although drugs are bad and illegal, one can’t deny that it is also perceived as “cool” among certain demographics. 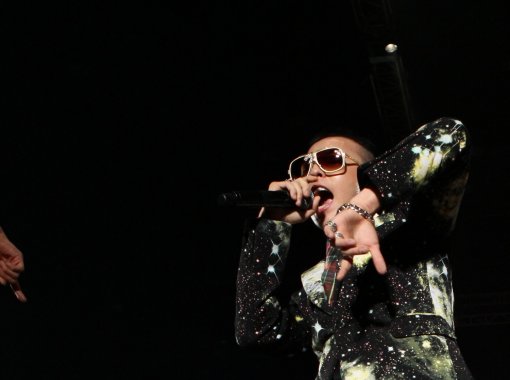 But I realized how lightly I perceived the situation to be when I read this thoughtful piece written by a columnist at Enter Media.  The title of the article was “Who will continue G-Dragon’s legacy” and it started out by comparing Kanye West to G-Dragon, for they are both hip hop artists who are recognized for their fashion sense.  The columnist then started describing G-Dragon’s influence on fashion sales.  Not only is he the face of Bean Pole, a fashion brand in Korea, but sales for whatever he is seen wearing tend to increase.  In fact, the fashion market also becomes flooded with counterfeits for aspiring fashion trendsetters and fans, so that they too can look like G-Dragon.

After describing G-Dragon’s influence, the writer just states, one cannot help but to ask which male celebrity would serve as the fashion icon for the streets of Seoul and mentiones SHINee’s Key and actor Yoo Ah-in as two potentials.  There was no mention of G-Dragon’s little incident in a club at Japan.  It just assumes that the reader is aware and can infer that because of the incident, Big Bang’s leader’s influence will decline.

And towards the end of the article, it becomes apparent that the fashion comparison was used just as a proxy to measure the overall influence the entertainer has on Korea.  In some underhanded way, it was stating the G-Dragon’s impact on not only fashion, but on everything else, will decline. 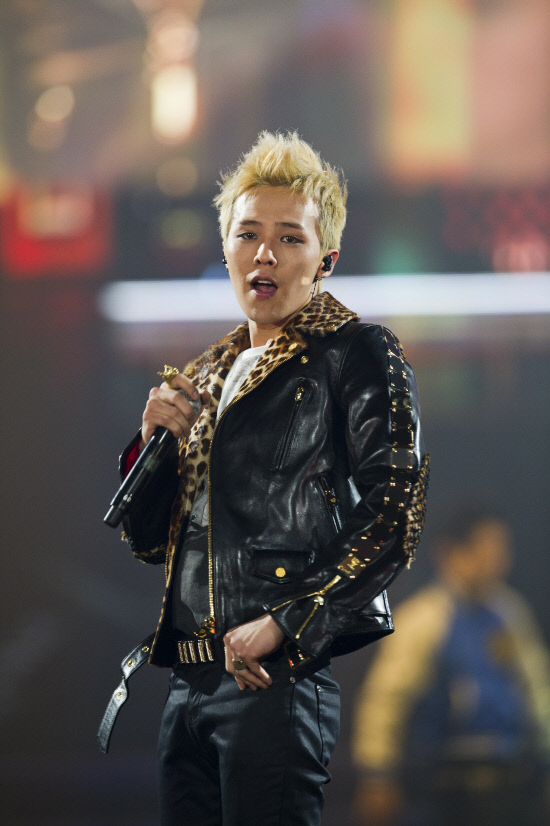 I’m not sure what kind of background the columnist has or what he was expecting, but perhaps we, here at Seoulbeats (here, here and here) took the incident pretty lightly because it was colored by what we experience in the West and what we think would happen in the East, wasn’t accurate.  But if you think about it, our gateway to what’s actually happening in Korea is very skewed, for it’s based on our search queries of the things that we want to see, which naturally is painted by our Western views and perspectives.  One can argue that the Korean media maybe over-hyping the event for the sake of impressions and buzz, but this incident is proving to have further implications for YG.

For starters, TOP and G-Dragon’s scheduled promotional activities in Japan was put on hold immediately after the incident was reported.  Additionally, it was reported last week that YG delayed their IPO offering based on the fact that Big Bang is responsible for 41% of YG’s revenue and given that G-Dragon contributes approximately quarter of that, the deal had to be re-evaluated.  2NE1 is responsible for only 13% of YG’s total revenue.   To add more drama to this incident, folks in Japan are not too happy with the reported incident, which isn’t too surprising.  G-Dragon indicated that some Japanese person handed him the joint, shifting he blame to a Japanese club-goer and as expected, the Japanese public is pretty upset that he is now pointing fingers to some stranger that he can’t even identify.

Times have changed and societal values in Korea  and Japan have changed as a result.  But certain values are still highly regarded and for better or for worse, social figures are still expected to set examples for youngster to emulate, and the fact that G-Dragon flirted with drug, may have greater implications that we weren’t expecting.  For the sake of Big Bang, I hope that’s not the case, but one thing is certain.  The actual impact of G-Dragon’s incident remains to be seen.