And the King of SB's Ideal Type World Cup is... 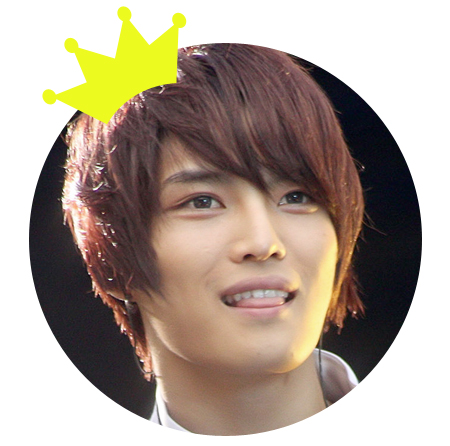 After almost two months of polling, we’ve reached the end, and the conclusion that Kim King Jae-joong is the master of the Kpop universe, and the owner of at least, oh, I don’t know, 95% of Kpop fandom.

There is no poll that Kim Jae-joong cannot win and no movement he can make without shaking the earth he walks under.

What exactly is Jae-joong’s appeal? Sure, he used to make up 1/5 of a group that commanded a Guinness making, record-breaking number of fans. But that alone doesn’t explain the great lengths his fans go through to make sure he wins at everything he participates in. Our final round included three other members of DBSK: Junsu, Changmin, and Yunho, yet none of them could even compete.

I’ve been a DBSK fan for a long time, so I understand his godly physical appearance and his singing capabilities, but I just don’t understand what it is that sends fangirls into a tizzy every time his name his mentioned. If surveying the comments in our polls have been any indication, Jae-joong fans will also rip you apart if you think that Junsu is a better singer, or Yunho is a better looking guy, or the simple notion that Jae-joong ain’t all that.

Thanks for participating in our first ever Ideal Type World Cup! We have fun things in store for you, so keep watching Seoulbeats.