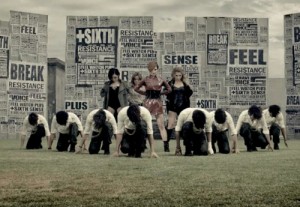 It’s been an action packed couple of weeks with many of your favorite groups making a Fall comeback.  The most anticipated- the return of the Brown Eyed Girls. It’s been more than two years since the release of their album Sound G and their breakaway hit “Abracadabra.”  What could possibly compete with my affection for the Brown Eyed Girls’ return in Kpopdom?  You’ll have to keep reading to find out.  These are the 5 Things that happened in K-pop this week that I thought were more special than the rest. 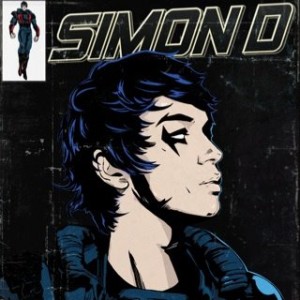 Simon D is taking break from Supreme Team to do some solo work.  His solo album SNL LEAGUE BEGINS will include 10 tracks: 01. Whatever (intro) (Feat. DJ Friz), 02. Eheyi (Feat. Johyuil of black skirt), 03. Complex (Feat. B-Free, Earth, Power of Rhythm), 04. Jjanhae (Cheerz), 05. Hero, 06. Stay Cool (Feat. Zion T), 07. Off (Feat. junggigo), 08. Anatomy, 09. Power (Feat. Dynamic Duo, Boston Horns), 10. Left alone PM (Getting ‘Better).  The full album will drop on October 7th, but to kick off promotions Simon D released the song “Stay Cool” as a single.  It’s a mellow song with a groovable beat featuring the smooth vocals of Zion T.  The song’s lyrics suggest a comforting love song with the boy telling his girl to ‘stay cool’ even though things aren’t working out and that he’ll always be there to help her out in times of need.

I’m a huge fan of Simon D, he has a great personality and I just love his voice.  The song is a perfect fit. 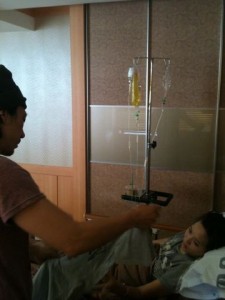 Tasha (aka Yoon Mi-rae) had to stay in the hospital for four days to recover from exhaustion from her activities.  While there she got some love from her husband Tiger JK.  Lee Kwang-soo re-tweeted a tweet from Tiger JK and Tasha’s manager which included the picture to the left.

In his tweet, Kwang-soo also mentioned that their relationship is like what he hopes for his own marriage one day.  Tasha also tweeted a vid of a message that their son Jordan sent her while she was recuperating.  They are definitely one of Kpop’s best couples. 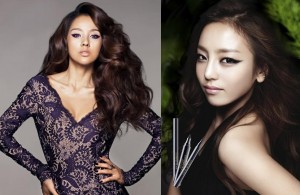 Two of my favorite yeojas in Kpop, Lee Hyori and KARA‘s Goo Hara, are facing off in promoting two different brands of eyeliner.  Hyori is continuing her successful run with Clio by now promoting their new GelPresso line of colored eyeliners.  She previously promoted the company’s Kill Black eyeliner which proved to be highly successful.  Hara is the new face of Nature Republic and is promoting their new Extreme Black Eyeliner.  Love Hara, but I’m gonna have to say that Hyori wins this battle.  Not only do her pics look better (what is up with Hara’s ‘look’?), but in just a week, Hyori moved over 100,000 units. 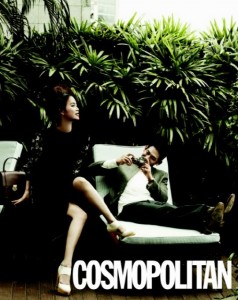 Kpop’s OST diva Baek Ji-young and her boyfriend, actor Jung Seok-won did their first couple pictorial for Cosmopolitan Korea.  They traveled to Bangkok for the photo shoot and… I’m not even going to guess why all the pics are at the hotel?  The couple look great in the photos and there’s so much emotion there.  I love the picture where he’s holding her and they’re smiling at each other. (sigh)  Anyone else spot the couple rings? I’m sure Ji-young became a hero for all Kpop noona fans when she went public about her relationship with her hot, 9 years younger, actor boyfriend (she’s 35 and he’s 26). So far, things seem to be going well with their relationship with not much negative backlash from fans.  Hopefully, they’ll be able to take their relationship where they want to (there have been rumors of 2012 nuptials). 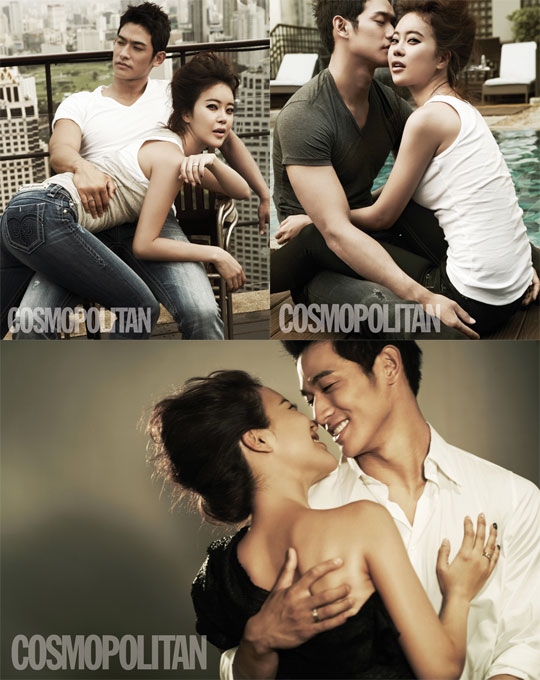 Okay, at first listen I wasn’t a big fan of the song “Sixth Sense” it’s kind of Moulin Rouge meets Kpop, but it’s growing on me.  I liked the MV better, especially after understanding more of what all the symbolism in their video meant.  I love the Brown Eyed Girls and what they bring to Kpop- mainly their voice, both literally and figuratively.  Welcome back Girls.