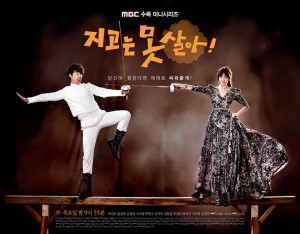 With Can’t Lose just finishing up episode 12 and the main couple on their way to reconciliation, I find myself for the first time wishing this drama was not just 16 episodes.  This is by no means saying I want to see an extension but at the same time, I want to see this couple’s story go on forever.  It’s been a while since a drama has been able to make me want to keep watching, make me connect with the plight of each character even when my situation drastically differs from theirs.

Can’t Lose centers around the couple Huyng-woo and Eun-jae who have finally hit that snag in their relationship that sends them both keeling.  They didn’t have much of a dating phase and they jumped straight into marriage and that went well for a while.  However, they are very different people, with Eunjae closed up, scared to be vulnerable yet still wanting that love and tender care, while Huyng-woo is open, chivalrous, overgenerous yet tortured by his brother’s death.  At home, she’s a messy slob who’s not very good at cooking or housework, while he is a neat freak who picks up after her.  These big and little differences day by day push the two apart until one day, divorce was the only option.  How two different people can be together is a mystery but it’s a mystery which the show does so well.

Through every episode, I am torn between “GET BACK TOGETHER YOU TWO!!!” and “Just leave and never look back.”  Both Eunjae and Huyngwoo have faults against each other, the biggest one being the inability of both to simply communicate what they truly feel.  Huyngwoo pulls the noble idiot card and divorces her to make her happy while she lets her pride get the best of her and demands that he agrees to her divorce.  At these moments, I feel as if these two will only be happy while apart.  Yet there come moments when he’s drunk and she’s the only who can take care of him or when a robber breaks in the house and he’s the only who comes to her rescue, moments like these which make me understand why they are so good together.  It is constant turmoil at every turn in every episode and this is why I love this drama. 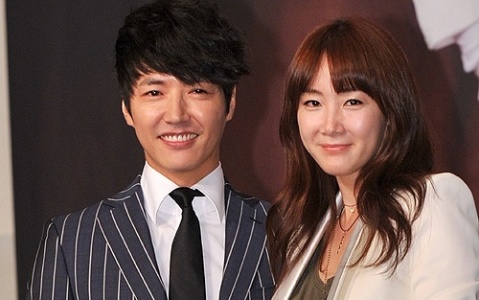 I talk (and write) of this drama as if Eunjae and Huyngwoo are people I know, friends who are going through divorce and I don’t know which side to take.  These characters are so well-crafted, the entire storyline flows so effortlessly I get caught up in their lives.  Despite the fact that I’m only 18 and marriage and divorce are so far away from me right now, I can feel the struggle these two go through, the desire to stay with the other person because they sincerely still love him or her but at the same time feeling so hopeless they just can’t do this anymore.  Choi Ji-woo and Yoon Sang-hyun play their roles so well, embodying every aspect of their character especially Ji-woo and her portrayal of Eunjae’s impertinence.  Each moment is timed perfectly with just enough comedy and angst fitting for the scene, and never crossing the line.  It’s nothing dramatic yet has just enough tension to keep the plot from flailing. I have fallen in love with the couple, their struggles, their joys, and this entire drama.

It’s very appropos that this drama is named Can’t Lose.  The characters won’t lose at anything whether it be professional or personal, especially when it comes to pride and to each other.  The drama is a complete win, a gem in the dirty rocks of the latest spiel of dramas to hit the airwaves, a story which reaches out and connects with the viewers.  A truly good drama is like a marriage, a balancing act between the happy times and the bad, pride and humility, fantasy and reality.  Just as Eunjae and Huyngwoo are fighting to rebuild the rift between them, this drama is filling the emptiness inside of me from the drought of quality dramas.  Can’t Lose is a must watch, a great drama to curl up to on a rainy day and just soak up this beautiful relationship.