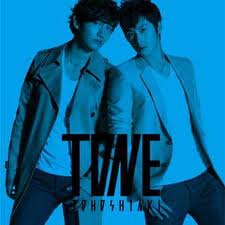 The past week in Kpop saw Leeteuk get married, DBSK breaking records with their TONE in Japan, Tablo returning to the world of Kpop, 2PM‘s Junsu going solo, and G-Dragon getting a little too high.   What 5 Things happened in K-pop last week that I think were a bit  more special than the rest?  You’ll have to keep reading to find out.

As part of her appearance on Strong Heart, veteran actress Choi Ran brought on some backup dancers and did a performance to T-ara‘s “Roly Poly.” 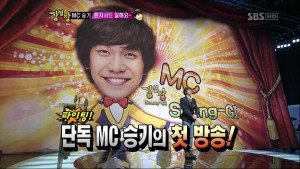 She’s definitely got some moves for a 50+ year old proving she’s still pretty hip, although “Roly Poly’s” disco dance moves were from her generation. It’s a totally different image of her than what I had stuck in my mind- namely as Go Mi-nam/Mi-nyu‘s aunt in You’re Beautiful. All the regulars and guests seemed to be on their best behavior and were really entertaining in last week’s episode, most likely in support of Lee Seung-gi‘s first foray as a solo MC for the show.  You know I was a Boomfan before he left for the military, but he’s different now- not as funny and way more obnoxious, anyone else think so or is it only me?

In the beginning, 661 bands tried out for a shot to be South Korea’s Top Band, last week was the semi finals with the top four bands: Gate Flower, Poe, J Power and Toxic vying for the top spot.  In the end, Poe a two person indie-alternative band with a drummer and female lead singer\keyboardist whose vocals are hauntingly beautiful and Toxic a two man emo-ish rock band will head to the finals.  It’s a hard call, but my pick for Top Bandis Toxic.  You’ll have to turn in to this week’s episode to see who the winner will be.  The show has been a great opportunity for South Korea’s rock bands to gain not only invaluable exposure, but a lot of great advice from some of Korea’s rock legends who served as mentors on the show.

3. A boy band reared in the Jungle 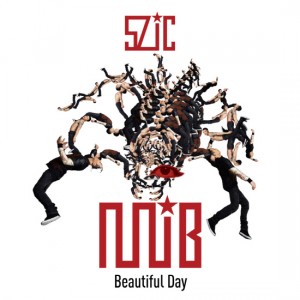 News that Jungle Entertainment, the hip hop and rap label founded by Tiger JK were debuting a boy band, the netizens were restless.  I’m guessing they’re not going to be your average boy band.  The group named MiB (Most Incredible Busters, huh?) will consist of four members and all eleven tracks of their album, which will drop on the 25th, were produced by the members themselves.  Jungle Entertainment has invested almost two million dollars on the group’s debut, making it the most expensive boy band debut in Kpop.  To hype up their debut, each member has been releasing a solo to introduce themselves and their talents to the masses.  The first debut was by 5Zic with his solo MV for the song “Beautiful Day” featuring BEE.  My interest has been piqued, how about you?

Part two of SNSD‘s visit to Running Man re-paired off the girls with the cast and maknae Seohyun ended up with MC Yoo Jae-suk.  The pair ended up being ‘it’ and had a great run taking down all the other couples.  Their last obstacle was the Kim Jong-kook and Taeyeoncouple who proved to be… no problem at all.  Go, Seohyun. 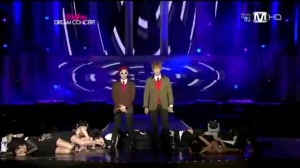 In what is most likely be their last live performance for the rest of the year, if not longer, G-Dragon & T.O.P. kicked it up a notch performing “High High” at the 2011 Hallyu Dream Concert which was held on October 3rd, but broadcast on the 6th.  What an unfortunately coincidental (or not) song title.  The duo also performed “Oh Yeah” sans Park Bom.  All VIPs should enjoy this performance- it’ll have to satiate your Big Bang needs for the next few months.