Why INFINITE could (and should) be the next Big Thing 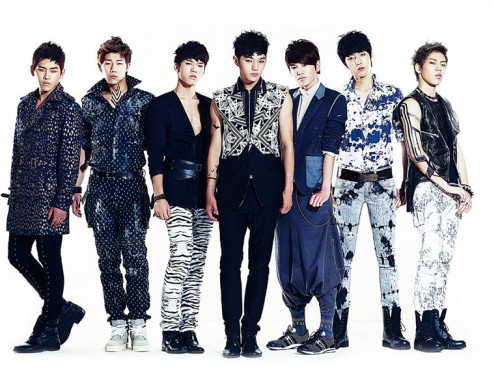 Congratulations to the INFINITE boys! They’ve won their very first award from a music show, in this case, the M! Countdown. Now they can claim that they’re playing with the big kids. Granted, their winning of this award owes mostly to the fact that there was a rabid, devoted international fan base working very hard on their behalf. But who am I to put these sweet, hardworking boys down? They’ve earned it, after several weeks’ worth of hard promotion for “Be Mine.”

But they mustn’t get complacent. Now is hardly the time to sit back and rest on their laurels. INFINITE has the opportunity to gain momentum here, and if they play their cards right, I think that they have the chance to be the next big group. Here’s why:

1. They have a very distinct musical style. Their songs are all very recognizable as INFINITE songs. This is not to say that all of their singles sound the same. Their current winning single, “Be Mine,” is still miles away tonally from their debuting “Come Back Again.” However, there is still a clear stylistic thread between the two, giving them their own trademark sound. This makes INFINITE recognizable by more than just their faces. Having their own distinct sound works in their favor, as most major groups do have a general style that can be pinned down. Think Big Bang: you definitely know a Big Bang song when you hear one, even if you’ve never heard it before.

2. They come from a fairly well-known label. Woollim Entertainment, while still not having the name recognition of the Big 3, is still famous as the home of the explosively popular Epik High. This means that while they may not be attached to the hip with the bigger name idols in the industry, they still have contacts, and built-in respect from followers of Woollim Entertainment. Also, this lends them a little bit more artistic credibility than the average idol group, as Woollim is not generally seen as the typical fast-paced, idol churning factory. INFINITE are given a little bit more wiggle room creatively themselves; rappers Dongwoo and Hoya are allowed to write all of their own raps, rather than only on a song or two per album.

3.  They’ve got the requisite looks and personality. The plain truth is that idols aren’t marketed on singing or dancing skills alone. Sometimes the right face and the right demeanor make all the difference. INFINITE has the looks in spades: there’s the ulzzang member L, and the ever-popular vocalist Woohyun. They’ve got the personality: Sungjong has the flamboyant dance routine, outrageous comments, and diva face down pat. They’ve even got the token “beastly” member: rapper Hoya is no fairy princess. This is certainly not to say that they’re only a face group. Vocalists Sunggyu and Woohyun have remarkable, strong voices, and all seven members are noted for their incredibly in-sync dancing and quality choreography. But they have just the right mix of looks and talent to tip the scale in their favor.

Of course, even with all three of the above points made, it is no guarantee that INFINITE will continue to grow in popularity. The music industry, particularly the idol industry, is notorious for being fickle in its trends. But they have all the elements in place to strike it big in the near future. Do you think that INFINITE stands a chance of being a major group? Why or why not?