The 5 Most Bizarre Things in K-Pop in August

School is about to start, and it seems only fitting to say good-bye to August with a wrap-up of what’s been happening in K-Pop-land this month. Since Seoulbeats already does an excellent job with The Best of 5 Things, we decided to explore the less congenial side of the biz. A fair disclaimer to the pellet-gun-wielding netizens – this list is not based on any scientific analysis and is at the sole discretion (read personal taste) of the author/editorial board. 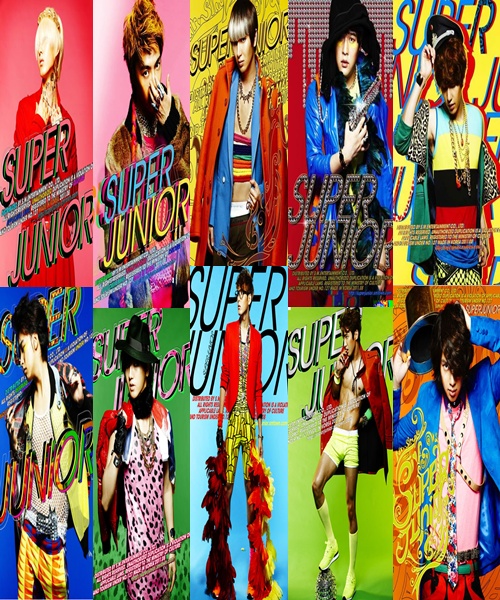 Seriously, S.M.? WHAT.THE.FANDANGO!? A tiara on a guy? And could someone please take all the hydrogen peroxide bottles away from SK stylists presto! For Heavens’ sake, this guy is yet to be drafted in the army – how is he going to endure his mandatory two years after posing for this spectacular gem? In what fever-stricken mind was this considered to be sexy? And what’s with the multi-colored rope-a-dope?

Actually, SuJu’s theme song for August should be Queen’s “Another One Bites the Dust.” I wonder if the Ministry of Defense could do us all a tremendous public service and actually draft half the SuJu members all at once.  That way, we will be spared Shindong’s copious diet and plastic surgery revelations for the foreseeable future.

While we are on the topic of military service, another request to the Ministry of Defense: is it possible to yank MC Boom back into the army, so that we can be spared his heavy-handed comeback publicity blitzkrieg and avoid another embarrassment like the one below? Boom, Stevie Wonder you ain’t. 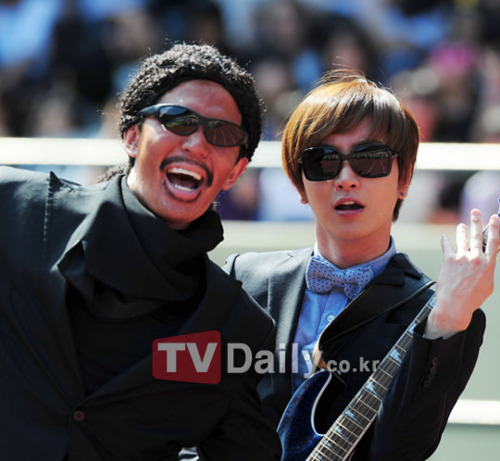 A precious nugget of advice to Happy Face Entertainment-hired stylists: not all old fashion fads are worth repeating. The Mommy jeans fad is just that – bad, bad-bad. It literally screams “fugly” in your face and announces to the entire world that the proud owner of the sorry garment has tossed in the proverbial towel. The ladies should light a bonfire on the steps of their management company and toss these pants in it. 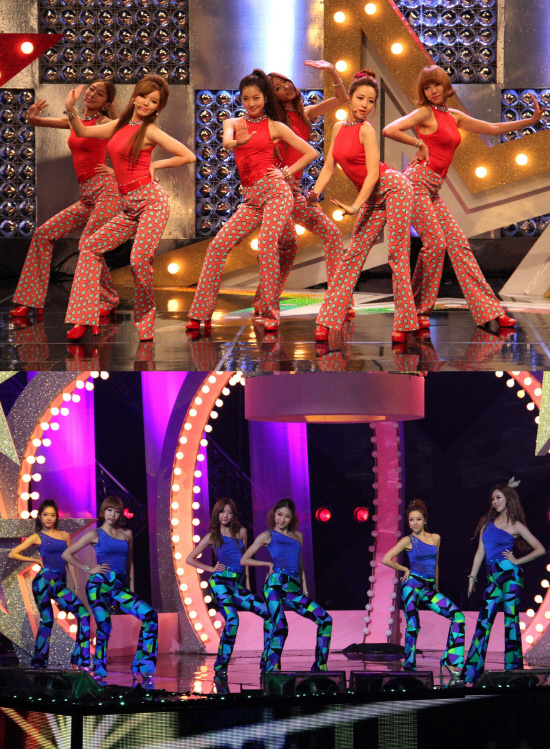 Speaking of another fad, the nausea-inducing word-of-the-month in K-Pop for August: bi-racial. As in a new girl-group Chocolat. It seems that the group’s entire marketing plan is based on proclaiming their bi-racialism 24/7. Their musical talents are nowhere to be seen in this grand biracial-themed bonanza – and judging from their MV release – are nowhere to be found.

Let’s hear it for another bubble-pop creation: who woulda thunk that Shinhwa’s Eric had decided to cater to the Spongebob Squarepants crowd?! The debut MV for Eric-produced girl-group Rocket Girls is another example of what you could see on Disney XD – that eternal barometer of the discerning seven year-olds.

Is there an antidote to this bucketful of muck? Sure, just listen to Leessang‘s latest album. Unfortunately, Leessang is just two guys making good music, and they cannot fight this celluloid army all by themselves. So, Jay Park, you better get your you-know-what off the couch, quit messing around on Youtube, and get your album out soon.

Until then, we’ll be here collecting items for our September list. And, ahem, utilizing Federal Witness Protection program.