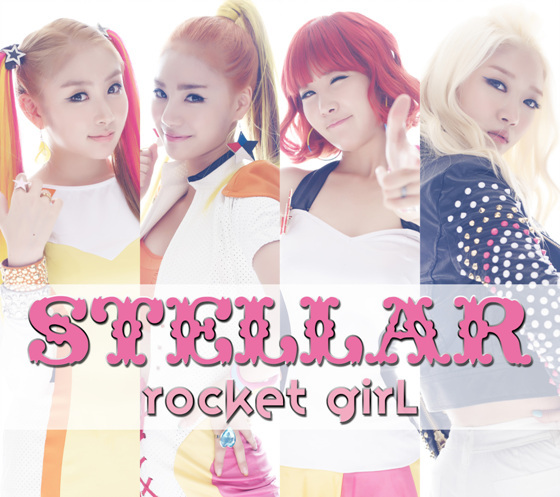 Unfortunately, no and far from it.  Rookie girl group Stellar, comprised of members Ga-young, Jeon-yul, Lee Seul, and JoA, released the MV for their debut track “Rocket Girl.”  Stellar gained a lot of pre-debut interest due to being produced by Eric Mun of Shinhwa, but do they live up to the hype?

The song was written by Kim Do-hyeon, who penned Lee Hyori‘s hit “10 Minutes.”  It’s a futuristic electronic dance track and the song itself and the synthesizer track is fine, it’s the vocals that just killed it.  The opening rap made me want to stop the MV right there, but luckily I kept watching and listening because the song’s one saving grace is the chorus parts sung by JoA.   If not for JoA’s great little parts I would write Stellar off, right now.  It was that bad.  The MV is a bit better than the song with a futuristic feel quite similar to Teen Top‘s “Supa Luv” and featuring the boss man  himself, Eric Mun.  Check out Stellar’s Rocket Girl.”

The rapping by Jeon-yul almost brought tears to my eyes, and not in a good way.  I’m pretty forgiving when it come to Engrish in Kpop, but the English pronunciation in this song is bad.  I think the only good pronunciation of ‘Rocket Girl’ in the whole song was done by Eric in his rap.  I like the MV better than the song, I love the styling and the color play in the girls’ various outfits.  The dance segments in the MV are probably the best bits because the story line parts are burdened by stiff acting and bad CG.  In the end, I’ll just say that Stellar is lucky their boss has connections.

Stellar will be making their performance debut on Mnet’s M!Countdown on the 25th.  That might be a very interesting performance to see.