Will Star Audition Really Take Anyone? 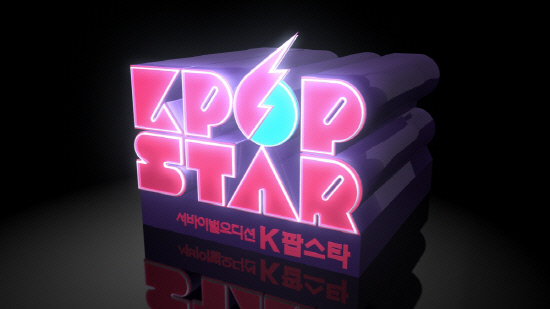 SBS has launched a new Kpop Star Audition and Korea’s 3 biggest entertainment (YG, SM and JYP) companies up for grabs.  The winners will not only win a trip to Korea to start their career but they will get to choose what company they want to debut under, which is an unprecedented move.  Although the producers are successfully revving up international kpop fans and drawing them in by offering them the hope of being a Kpop star, they may not be setting the right expectations, given that these global autidions have produced very few noteworthy idols in Kpop.

According to Yang Hyun Suk,

It doesn’t matter if you can’t sing or dance. If you have the potential that we could develop, anyone can become a K-Pop star

This is nice, but do they really mean it?  This brings me to 3 issues I have with these types of auditions.

1) They claim that you don’t have to  be able to sing and dance.

Lets be real here – even though there are Kpop idols that are less then talented, the judgement standards are much higher for international auditions. We have all seen the audition videos, watched the eager hopefuls singing or dancing badly, resulting in a no call back.   Even the extremely talented don’t get picked.  Instead we end up with a beautiful mediocre singer (we know who those are).  Unfortunately, the winners of these auditions appear to be more based on a certain image that the company wants to push rather than actual talent, which invalidates this claim.

Do they really mean it? In the past they have “technically” limited these auditions to Asians and sometimes half Asians. Yes, on the site they say any nationality can audition (Chinese, Japanese, Korean, etc). But lets look closely at the word nationality. Your nationality is the NATION were you were born and your ethnicity is your ETHNIC ORIGIN. Mostly Asians people are the only people whose nationality is the same as there ethnicity. They say Americans can audition but they really mean Asian Americans who can identify with those nationality. They don’t say anyone can audition; Black, White, Asian, and Hispanic.  They only really mention Chinese, Japanese, Korean, and Thai when offering examples for “nationality”, leaving non- Asian hopefuls saying ” what about me ,I’m not Asian but I’m American”. What about the person who is American but not Asian? Can they not be the the pioneer that puts kpop on the map? We all know if someone does get picked from this SBS Star Audition, they will be at least Asian, if not Korean.  I’m sorry but an English speaking Korean is not going to make Kpop internationally successful. Perhaps someone biracial and not Chocolat biracial where they essentially look Korean, but a biracial person who clearly looks international like half Hispanic half Korean or half Black half Korean. Someone who can connect with the East and the West. Maybe its just me but global auditions aren’t really global if the intent to only pick an Asian  kpop fan from a different country is implied.

The catch is they have the choice to debut you. Not everyone who gets through auditions get to debut. I mean look at Lim from Wonder Girls, it took SunMi leaving for her to debut. SM is said to have some 30 people that are waiting to debut. Many entertainment companies have countless numbers of trainees that will never debut and are used as back up singers or back up dancers. They may feel you have that something ,that star quality but you could spend 6 years plus training and then they turn around and are like we have decided to hold off on your debut. Plus if you do get through and debut you have the infamous slave contract to avoid. So is going through the audition really worth it?

If this is your dream and for some people it is, regardless of the hardships that you may face, go for it. However just like the American entertainment industry the Korean industry has a whole host of issues. I hope that this audition is different and they choose someone that isn’t similar to those they have chosen in the past and they really get to debut. But, until that day I’m going to be realistic and look at this with skepticism and but hope that it may change in the near future.