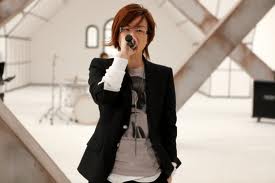 Attention Seo Taiji lovers – it’s time to freak out! Rumors are circulating that the legendary K-Pop idol is due for a comeback. Naver reported that Seo Taiji recently updated and posted a message on his website, (a very beautiful space experience with an excellent soundtrack that you must check out) about preparing for a last voyage:

I completed my voyage and now I’m preparing for my last. During my voyage there was a sudden malfunction and I lost all  my diary entries. I tried to recover them and managed to access the encrypted backup data. With 8th Atomos, I was able to recover some of the damaged sectors. From now on I’m going to use related keywords to repair the logbooks and the final destination. You guys have the answer.

Obviously this bizarre message means he is returning with new music, right? Well, many came to this conclusion. Seo Taiji is like the James Brown of K-Pop, the Father of K-Pop if you will. So naturally a possible comeback should ensue great excitement. The thing is, it’s not much of a comeback if he’s only been inactive in the music scene since 2009.

Sure he’s a legend, and the 1992 televised debut of Seo Taiji Boys is a pivotal moment in K-Pop history (a perfect performance with Seo Taiji rapping and break dancing in his cute wire frame glasses and luscious volumized bangs. So much volume those bangs.) but like any classic rocker his fame and music hasn’t faded since the early ‘90s. He’s been consistent with realizing albums and his newest material, Seotaji 8th Atomos, was produced a mere two years ago.  That was labeled a comeback too. What’s with all the comebacks Seo Taiji?

Labeling it a comeback is wrong . How are we expected to develop nostalgia for Seo Taiji if he won’t go away? Not that I want him to go away, but for a proper comeback you need at least 10 years away from the music scene.  And besides, based on the message it seems more like a retirement album than a comeback.

Despite what we decide to call it, if Seo Taiji is realizing new material I will be happy nonetheless. Now go listen to the eerie, yet whimsical music on his website while you wait in anticipation.