Love Is In the Air at SMTOWN

On August 28th, SNSD member Sooyoung was involved in an unfortunate car crash whilst on her way to a charity event in Chunan. Although SM assured fans that Sooyoung didn’t receive any serious injuries, she did suffer from a sacrovertebral fracture and was hence forced to withdraw from upcoming schedules, including SMTOWN Tokyo and SNSD’s Concert in Taiwan.

As a means to apologize for not being able to attend these events, Sooyoung self-edited a video message to address her fan’s concerns, which was later uploaded on SM’s official YouTube channel, SMTOWN:

Looking at the English used in the video, it’s clear that Sooyoung got some (or a lot of) help making it – but either way, I think this was an incredibly humble and adorable thing for Sooyoung to do for her fans.

The only thing that had me raising my eyebrows (and not necessarily in a bad way) was how SM decided to upload it on their official YouTube channel – that, and the fact it was written almost entirely in English….meaning SM definitely wanted the largest number of people possible to take notice of this heartfelt video message- not just Sones. And being the over-analyzing person I am – and SM being the shifty corporation it is – I smell ulterior motive.

Here’s the deal. I think SM ks up to something. Something big. Something scandalous. Something that may rock the foundations of K-Pop at its core.

I think SM is trying to be nice.

SM Entertainment has a notorious history behind it, starting with the suspicious disbandment of H.O.T. in 2001. Then years later, Super Junior‘s resident Chinese bad boy Hangeng sued the company and terminated his contract due to alleged mistreatment. And then there was that thing with the DBSK – the lawsuit, the suing, the tears and the controversial tweeting.

It’s no surprise that SM has basically established its image to the public eye as being a ruthless, slave-driving, corporate monster. Basically, the only whiff of intimacy we get is when Yunho puts on his forced smile and asserts that Lee Sooman sends the DBSK members text messages with cute little smilies incorporated into them (and that’s not even one of my bad jokes…). I’m guessing the text messages probably looked like this.

The remaining two thirds of the Big 3 (YG and JYP) have boasted forging close relationships with their artists. I mean YG is called YG Family and Yang Hyun Suk speaks very fondly of all his artists whenever the chance arises. JYP generally trolls himself into his artist’s activities as a means of self promotion – which I am sure he does out of love, so no biggie. 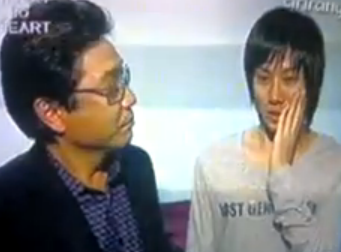 I spend a lot of time (read: too much time) trying to figure out how SM runs, and with that I’ve noticed that our favorite agency is responding to the Hallyu wave by taking baby steps to becoming more intimate and, for a lack of a better word, fluffy. And I have evidence to back up my claim.

As we all know, SM recently changed their official YouTube channel from ‘sment’ to ‘SMTOWN.’ Although this may not seem like a big deal, it does slightly change the connotations we get from both accounts. With SM Entertainment we’re (okay, I’m) more inclined to think of the Super Junior boys carrying boa feathers, donning hot pants, and wearing fishnet shirts with tacky jackets. Basically their entire 5jib concept. With SM Town, we’re (once again, probably just me) given the image of all the SM artists living in cute little pastel houses in a small suburban town; with the 9 SoShi sisters living off their father’s will in a secluded mansion, and TVXQ being in a  feud with the SHINee boys who live next door because Minho consistently steals geraniums from Yunho’s garden, and Changmin keeps borrowing sugar only to later dump it in f(x)’s rain tank because –

You get the point.

It creates a sense of intimacy and closeness amongst their idols, like every band and their respective members have their distinct charm and oddity and they all come together to form the chaotic but lovable ‘SM Family’. Although it’s idealistic, and I’m sure there is no agency out there which can brag about how their artists all carry familial bonds, it is a very nice public image to carry and definitely ups the likability of the agency as a whole.

Comparing the description of the YouTube videos for f(x)’s ‘NU ABO’ (uploaded last year BSMT – Before SMTOWN) and f(x)’s ‘Pinocchio/Danger’ (uploaded this year ASMT – After SMTOWN).

The title song ‘Pinocchio(Danger)’ is an electronic pop dance that perfectly combined the powerful but restrained beats, unique guitar sound, and colorful and outstanding voices of f(x) members. The lyric tells a story of a girl who felt love from someone for the first time and is learning love while analyzing the one she loves based on sheer curiosity through ‘Pinocchio(Danger)’, a character in a children’s book, making listeners feel as if they are seeing a fantasy animation.

I’m not sure whether it’s the fact that ‘Pinocchio’ was the title song off their first album, or because SM finally realised they’d catch more flies with saccharin honey, but reading the second description it really seems like SM considers f(x) to be its trophy group or something – when really, f(x) is the only current group under them that’s still receiving unnoted Europop songs to remake into lead singles. Even more ludicrously, SM’s trying to convey the idea the song was written specifically to suit the group’s skill and dynamic. When really, everyone whose actually heard the rudimentary tune of ‘Pinocchio’ could probably agree that more thought was probably put into Dana and Sunday’s comeback track. Oops, did I say that out loud? 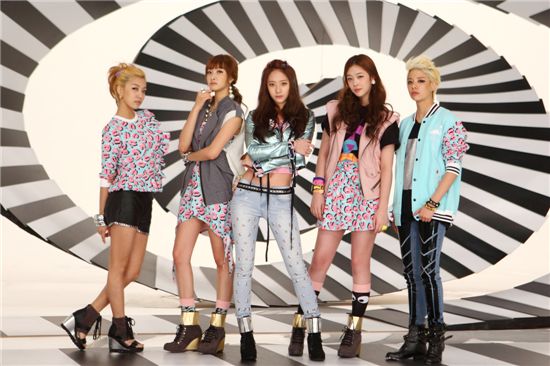 The idea of ‘SMTOWN’ has existed since 1999, with the releases of the ‘SMTOWN’ artist collaboration albums, which brought us videographic masterpieces such as:

(Not going to lie, I find this video super endearing to be honest- the days when CSJH and the TRAX were… relevant. Though the lack of SNSD kind of unnerves me.)

So yes, SMTOWN has always existed, but it seems like they’re just beginning to really capitalise on it. SMTOWN’s official Facebook page has got to be the best example of this, and for once I won’t be cynical: I think the creation of SMTOWN facebook is absolutely brilliant – that is, if only because it gives me access to backstage pictures that would otherwise remain unseen.

At first I though the SMTOWN facebook would be another project of SM that would be created and then never looked back at again (sort of like Zhang Liyin and Black Beat, haha. Sorry. That was mean). I was very wrong, since SM has very much been actively updating its facebook with pictures like this: 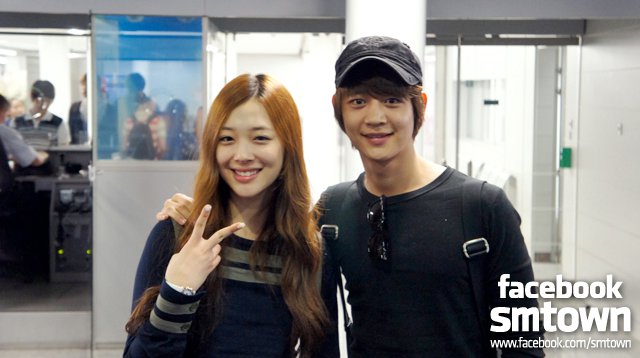 (Using this picture purely because of Minho's discomfiture.)

Which are accompanied by the likes of epic captions such as:

MINHO & SULLI! This is SMTOWN family~! Just like brother and sister~! version 1!

Except to be honest it kind of is.

I’m not sure about everyone else, but this brand new, more internationally friendly, familial SM really does appeal to my senses. I’m not going to lie, I have dreamt about being all giggly and girly with the SNSD girls on the occasion- the occasion however, is beginning to turn into a routine.

These steps SM is taking may seem trivial short-term, but in the long run it can slowly begin to create a reputation for them that’s contrary to it’s current one. Every thank you video it uploads, every message passed on from idol to fans – it all adds up to slowly change SM’s image and give them an almost approachable and worldly charm. I’m excited to see how far SM might take this. I demand more backstage pictures, more behind the scenes videos, and most importantly, more artist collaborations (if only because SuJu and f(x)’s ‘Oops!!‘ is possibly the hottest thing in the world right now).

Now, if only SM tried an approach where they actually produced good music. That’d be great.