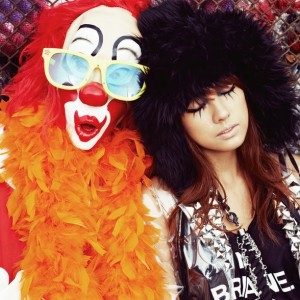 It’s no secret that Lee Hyori took the news of her fourth album H-Logic‘s plagiarism to heart.  The queen of K-pop even considered retiring because the issues were hard to deal with.  Additionally, because it affected Hyori’s image as well as her musical career, industry insiders started to question her next steps.  As a fan of Lee Hyori, it was depressing to see one of my favorite stars to fall in front of everyone.  Perhaps because her previous successes were so huge, the hit was harder to bear.Fast forward a year, during an interview conducted on September 17th, Hyori stated that

I’m thinking about releasing a new album sometime in 2012. Right now, I’m learning to play the guitar and to compose my own songs. Also I am continuing accepting songs from other composers as well. It will be hard to make a come back this year, but will be able to come back with a great album around next year.

With a confirmed comeback the question is: will Hyori be able to recover her reputation as a singer with her fifth album?  She has an impressive track record by playing with various concepts in her previous work.  For example, she flirted with hip-hop in “Chitty Chitty Bang Bang”, cuteness with “U-Go-Girl,” girl power with “Get Ya,” and sexiness with “10 minute.”  What will be next?  I can’t read her mind, but I also can’t hide my excitement about her next album.

Although Hyori doesn’t have perfect vocals, her singing continues to improve and she is one of the few members of first generation of K-pop idols that is not only popular, but influential in various ways.  Hopefully in 2012, her 5th album will take Hyori back to the top, where she clearly belongs.

Although some may argue that Hyori should back off and let the new generation of Kpop divas, like Hyuna or G.NA, take the spotlight. Others say that she should just enjoy the spotlight in variety shows.  I believe that Hyori will bring something special to the table based on her long experience within the industry.  She’s a true veteran and nobody can match her swagger and confidence on stage.

There are still a lot of challenges ahead for Lee Hyori, but as long as she has her loyal fans and the firm determination to make a stellar comeback, the chances of her success is rather high.   What do you think Hyori will showcase in her next album?  Do you think her fifth album will make or break her career?