Idols dating - my how the times have changed! 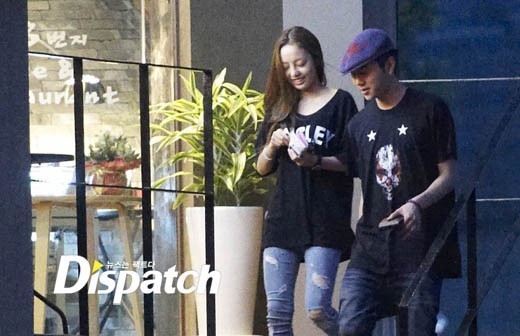 On September 9th, rumors circulated the web that current idol couple, Junhyung from B2ST and Goo Hara from popular girl group KARA, has broken up.  Immediately fans from both sides swarmed forums and Kpop news outlets lamenting the too quick end of the couple.  However the despair was short-lived for soon after both idols’ agencies verified that the rumor was false.  Junhyung himself also released a statement confirming that the couple are still happily together, although they have not had much time to spend together.  The reaction from the fans was a resounding sigh of relief and happiness.  And they lived happily ever after. Well not entirely, but my how times have changed, especially about idols dating idols.

We often hear stories of idols being forbidden by their companies from having relationships lest they upset and lose fans.  The idol’s entire appeal is the fact that he or she is attractive, charismatic, somewhat talented, and SINGLE.  This means the crazy fangirls can sigh after their idol boys, writing love notes and doing other bizarre acts to show off their devotion, and the crazy fanboys can write fanfics and other imaginary items to satisfy their fantasies.  Either way, single idols are easier to market and sell. 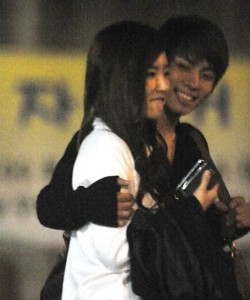 However, once in a blue moon, something unexpected happens and an idol admits that he or she is actually dating someone – *gasp* as if idols don’t ever date.  Usually these are artists who have been in the Kpop scene for a long time that the backlash won’t destroy their careers.  Nevertheless, the backlash is often crippling and very hurtful to both parties involved.  For the idol, they may lose fans or get the silent treatment for a while, being made to feel as if it’s a crime to date.  For the significant other, fans will often attack him or her in anyway they can, be in starting anti-fan clubs, posting hateful messages on their Twitter/Me2Day, or even in some extreme cases protesting.

One example is the case of Jonghyun from SHINee and popular actress Shin Se Kyung.  Once news broke that the two were dating, fans shunned Jonghyun for weeks and attacked Se Kyung as if she had done something horribly wrong.  This reaction is ridiculous, childish, and quite frankly border on psychotic; but for some fans their idol belongs to them and only them and no one else is allowed to have him/her.

I was appalled when I first heard of the reactions of these fans.  Having followed Kpop for several years now, I have come to expect the craziest things from fans but their hatred of an idol’s significant other was simply disappointing.  I’ll admit, I am a fan of SHINee and certainly Jonghyun and when the news broke, I too for a moment sighed at my sad fate of having yet another pretty boy taken from me.  However, I was reasonable and realistic enough to realize that Jonghyun is his own person and can date whoever he wants.  The fans’ reaction was not acceptable and clearly a poor reflection of what Kpop and entertainment has become. 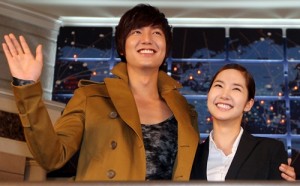 Several months back. when Junhyung and Hara first admitted that they were a couple, I was immediately on the shipping boat.  However, knowing that these two are very popular, I was wary of the fans’ reaction.  However, the majority of the fans gave their full approval and support.  There was very little protest with few to none hate messages on Hara and Junhyung alike (we all know the fan boys can be just as scary as those fan girls when it comes to a pretty girl like Hara).  This is what should be happening more often and is the mature reaction of a fan.  As a true fan, you should want your idol to be happy and if dating another idol gives him/her that happiness, then support them.  This incident opened the door to a once forbidden taboo, allowing idols to date more freely though many still choose to keep their relationships under wraps.  However, if the time and need come to reveal the significant other, I believe many idols now feel more confident about making it public, knowing their fans won’t run away screaming but instead even encourage it.  In fact, in recent months more Korean celebrities are coming out about their relationships such as Lee Min Ho and his City Hunter co-star Park Min Young.

The latest rumors and developments in the Junhyung-Hara relationship and the companies’ and idols’ immediate reactions let fans know that the couple are still together reflect a step forward.  For the first time, instead of denying the existence of such a relationship, companies are attempting to convince fans to still support the couple.  And instead of fans lamenting over their favorite idol being taken from the market, they’re encouraging their idols to stay together.  It is indeed a refreshing change.  I thank Junhyung and Goo Hara for being brave enough to admit their feelings and be willing to face the storm to pave the way for change.

What do you think of this change in the public’s perception of idols dating?  Is there really a change?