SUJU and SNSD do Love Request 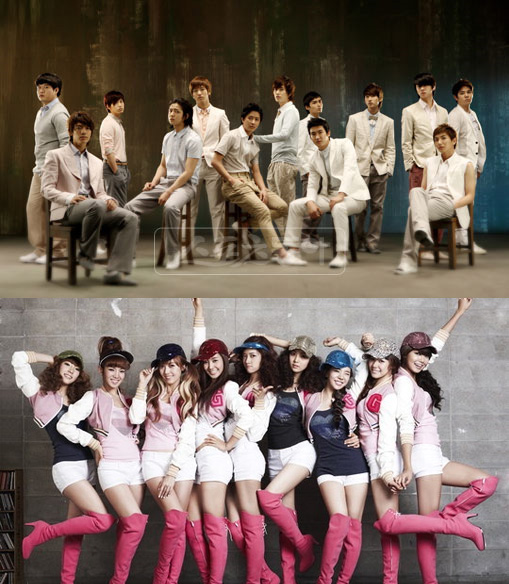 Hallyu stars Super Junior and SNSD will be working to heal international fans in poor health. Both groups are highly popular overseas and will be listening to sad stories and choose a few fans to fly to Korea to receive treatment. They are taking time from their busy schedules to help their fans any way they can. We hope that their warm hearts will move not only the fans but the viewers of the show as well.

I really like it when idols engage in charity work. Even in the most basic sense. It really shows a more human side to our favorite idols. It shows that they are people and care about others. Even though Suju and SNSD are only reading letters and choosing a couple of fans to meet them, and helping them receive treatment, they are still making a sickly international fan dream come true. For international fans the opportunities to see their favorite idols is so few and fare between that this is a rather nice gesture to the international fans in general.

Moreover, it’s nice to see idols doing charity work.  It’s a great way to connect with the fans by participating in activities for the greater good and sometimes results in greater success stories. For example, Hyori‘s work in Africa and Sports Seoul and G-Market joining forces with female idols like Kara, Brown Eyed Girls, and SNSD to raise money for Children’s Foundation of Korea.

I would like to see idols do a lot more charity work in the future, plus it can be a win -win for both the idols and the entertainment companies and the fan. I would like to see not just a show that only helps sickly fans, but perhaps a charity concert for the international fans that will raise money for a charity. Its a great way to get the fans involved and see their favorite idols but also the company still can profit from some of the proceeds. Anyway, I really happy to see SNSD and Suju doing Love Request.