Summer’s gone and here comes the Fall.  And I almost forgot, but Happy Chuseok and/or Moon Festival everyone! INFINITE Triumphant, Running Man’s Hip Hop Special, a Lovers’ Duet, JYJ perform at Daegu, and So Ji-sub gets a  lap dance?  These are the 5 Things that happened in Kpop last week that I think were a little bit more special than the rest. 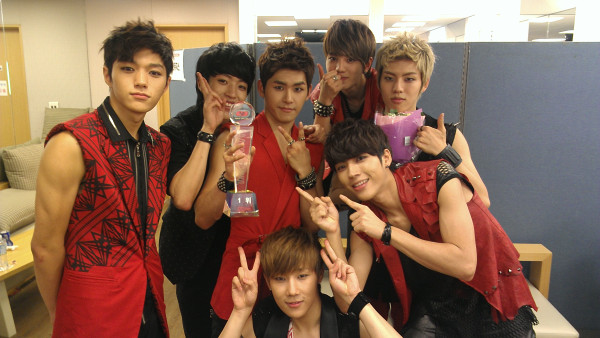 For the first time since their debut in June of 2010, Woollim Entertainment‘s boy band INFINITE won first place on the September 1st Mnet M!Countdown. The boys were so overwhelmed that they were all shedding tears and couldn’t even sing their encore performance.

And I don’t know if this was already planned, in the works, or done as a thanks to fans for their win, but on Inkigayo a few days later INFINITE performed to an awesome remix of “Be Mine backed” by a 30 piece orchestra.

Seriously, “Come Back Again” was an awesome debut song, but it would’ve been hard for a rookie group to have reached number one.  What I can’t believe though, is that “Before the Dawn” didn’t win them first place that was a great promotion- the song, the choreo, the MV.  But better late than never.  I’m thinking Woollim’s CEO better make good on his promise- a new bigger and better dorm for the boys with TWO bathrooms.  Congratulations, INFINITE!

Running Man had a special hip hop episode last week with special guests Tiger JK, Tasha, Simon D, and the newly released from military duty Dynamic Duo‘s Choiza and Gaeko.  The cast and guests were split up into three teams to complete their missions, but what they didn’t know is that on each team there was a spy trying to make their team lose.  Can you figure out who the spies were?

HaHa, Tiger JK, and Song Ji-hyo all slyly did things to hold up their teams.  How was Tiger JK’s SWAG?  HaHa’s team was pretty gullible as they fell for all of HaHA’s crazy suggestions during their eating challenge.  The ending of the episode had to be one of the sweetest ever as Tasha finds out about spy team and feels betrayed, but Tiger JK goes down with his tigress, awwww. 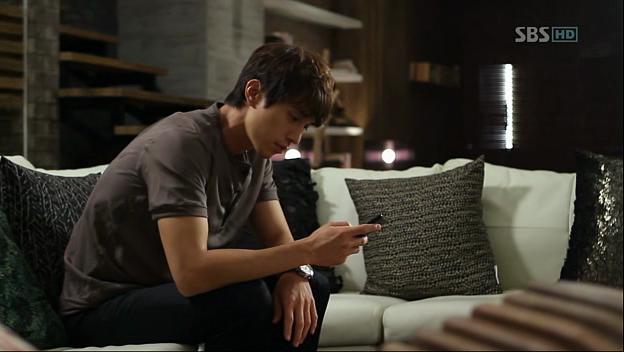 That’s it, I’ve decided no more sad Kdramas for me for like the rest of the year, maybe longer.  After these last few episodes of Scent of a Woman, my heart needs a recovery period. Loved how cute it was when Ji-wook has Yeon-jae meet up with him and her former section from work at a bar(noraebang?) and when he’s prompted to sing something he says how he always wanted to sing this song with the woman that he loved once he found her and then calls Yeon-jae up to join him…

If only every part of the drama could be this happy, but alas in a drama about people dealing with terminal cancer- that would be too much to hope for.  After that, we find out that he knows about the bucket list, took pictures of each wish on the list with his phone, and knew that one of the wishes was that she wanted to sing a duet with the man she loves, awwww…. check.  And the parts that seriously broke my heart- no video because if I have to watch it again I’ll seriously be bawling. 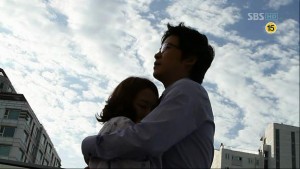 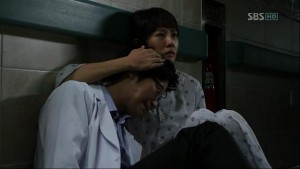 I can’t believe they killed off Hee-joo!  At least she got to spend time with her mother, dance with Eun-seok, and through her web-toon tell everyone goodbye.  You know I was resigned with the fact that Yeon-jae was going to die, but when they had the scene where Eun-seok is begging Yeon-jae to live… a glimmer of hope was reawakened.  There’s no way they can let Yeon-jae die now, right?  And you know what-  I don’t even care at this point if her living would make a mockery out of this whole drama which was all about her preparing to die.  I want Yeon-jae to live- no matter what.  I’m calling in a Kdrama miracle to the Kdrama gods- one tumor vanishing magic pill, please.  Anyone else with me on this?  Or all you all disappointed in my Kdrama wimpyness? 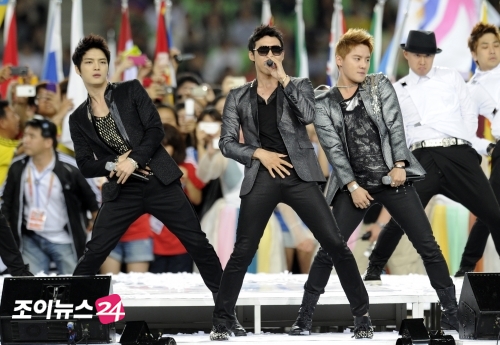 At the closing ceremony for the 2011 Daegu World Athletics Championships, to be exact.  What was special about this was that it was going to be televised, maybe, and then it was.   Not sure if any shenanigans were afoot or they just wasn’t sure about broadcating the ending do to time constraints, but the important thing in the end was that JYJ’s performance of “Empty” was televised.

Although there was some pretty shoddy camerawork and bad audio involved.  It looked a little scary there for a while too with the crowd around the stage surging and pushing against the security, I was worried JYJ might get mobbed.  I’m glad for Jaejoong, Yoochun, Junsu that they were able to perform on Korean television again, hopefully it’s another step in the right direction for them to get some fair treatment back home.  Baby steps, people.  Baby steps.

So Ji-sub gets a  lap dance

I do have to say that Na-yoon fighting with her mom and the bodyguards from last week’s Protect the Boss gets honorable mention though.  Seo Na-yoon is the probably the first second female lead I have liked so much since Boys Over Flowers’ Ha Jae-kyung, and I might actually like her the best.