Bae Doona to star in the Wachowskis' "Cloud Atlas" 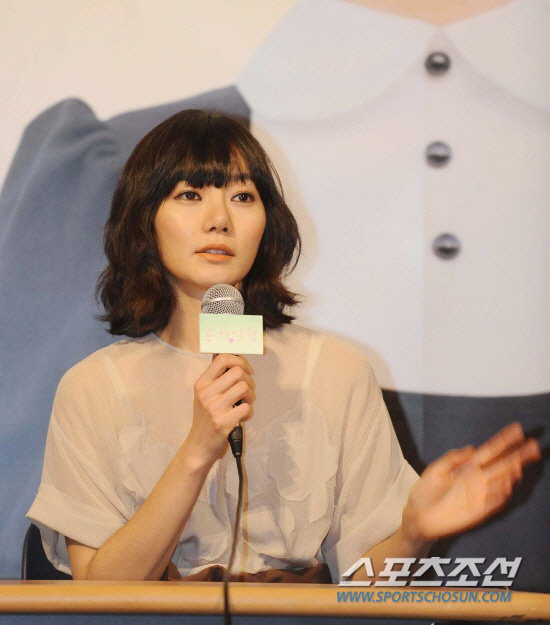 It has been reported that actress Bae Doona will star in the Wachowiskis Brothers’ next project, “Cloud Atlas”,based on the novel by award winning writer, David Mitchell.  The book consists of six interlinking stories of six individuals at different points in time that span from 19th Century to the post-apocalypse and it looks like Bae will play the futurist character from the year 2144.

According to reports, the film directors were impressed with Bae’s performance in “Air Doll” and asked to have a meeting with her.  Bae will be rubbing shoulders with Tom Hanks, Halle Berry, Susan Sarandon, Hugo Weaving, Jim Broadbent, and Ben Wishaw, among others as soon as she wraps the filming of “Korea”, co-starring Ha Ji Won.  What a career Bae has built for herself!  She started out as a model and now she’s an international film star, having the opportunity to star in Japanese and American movies.

It’s certainly great to see more reports of Korean actors and actresses breaking into the western film industry, however, I still wonder if I will ever see born and bred Korean actors or actresses making it big in the states.  The primary reason for casting Korean stars in Hollywood films is based on the growing movie audiences in Korea (read high profits).  Additionally, it appears that Korean talents are having a harder time picking up the language and getting acclimated to a Hollywood’s culture and industry standards, which may hinder their success in Hollywood.

Don’t get me wrong, it’s still great to see Korean actors and actresses star in Hollywood films, regardless of what the reason is.  But I also hope that this kind of media support and buzz exists for Korean American talents trying to make it here, because, let’s face it, they have better of chance of making it big.  They know the language, the culture and are very talented.   Just look at John Cho, Sandra Oh, Daniel Dae Kim, Ken Jeon, etc.  Korean media has the tendency to pick up stories about Korean American artists after they make it big, but it would be great to see Korean media cover stories of aspiring Korean American artists to help them succeed to see a true Hollywood success story.

What do you think?  Do you think Bae Doona will make it big in the states with her debut Hollywood film, “Cloud Atlas” or should we cheer on Asian American talents who have a better chance here?