If you’ve been into K-pop for any respectable amount of time at all, you’ll recognize Rino Nakasone‘s name right off the bat. The Okinawa native is known for being one of SM Entertainment’s main choreographers, having choreographed well-known SM hits like SHINee‘s “Replay,” BoA‘s “Dangerous,” and f(x)‘s “Nu ABO.”

Rino is also probably one of the best things that ever happened to SM Entertainment – and for once, I don’t mean it hyperbolically.

There’s a lot about SM’s image that comes across as being very pre-packaged and vanilla, but Rino’s style as a dancer and choreographer works contrary to that image. Her personal dance style is defined by crisp moves, bold expression, and straight up attitude.

Her dancing has a ton of power behind it in a way that seems almost masculine. Which is what I like best about Rino, I suppose – she moves like a man but translates that powerful, ‘manly’ style into dances for songs that would come across as rather dainty and feminine otherwise.

Now, of course, there’s a lot to be said here about dance’s role within the gender divide and how choreography reinforces or decomposes gender roles…but the fact is, in our current state of K-pop affairs, the divide between male and female still runs extraordinarily deep. More oftentimes than not, boy group choreography features the chest-thumping, air-punching, manly essence of man that’s oftentimes expected of male performers. On the contrary, girl group choreography is softer, less complicated, more gimmicky. Even songs that feature a so-called “strong girl” attitude still have a distinct feminine vibe to it that oftentimes comes across as being somewhat insincere. 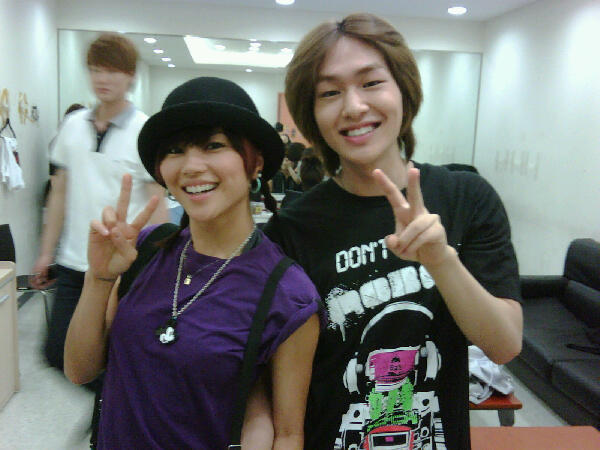 On the other hand, Rino’s choreography says “Screw all that!” and just plots out the dance for what it is: dance. Rino’s choreographed for SM’s male and female performers alike, and all her dances retain that attitude-filled, arguably ‘gender neutral’ Rino vibe about it. The gender divide amongst SM artists is strong compared to that of many other labels: the boys are decidedly ‘boyish’ or ‘manly’ and the girls are ‘classy’, ‘pretty’, or ‘fun’ – and their music serves to define this separation even more. But Rino’s choreography bridges this gap.

As aforementioned, SM has a reputation for being more business-driven rather than creativity-driven. And there’s really nothing wrong with that – SM spends a lot of its energy in producing idols fit for mass consumption, and they’re good at it. But at the same time, the creative forces at SM can oftentimes appear to be a bit out of place in an environment where creativity comes in formulas and ‘concepts.’ As a longtime composer and producer at SM, Yoo Young-jin used to have an excellent handle on musical creativity, as well as the responsibility keeping SM’s artistic endeavors in check. But judging from his recent works, I’m beginning to think that the man’s grasp on SM’s creative prowess (or whatever’s left of it) is beginning to slip into the business-driven land of mass appeal and formulaic ‘trends.’

Rino, however, has managed to maintain her artistic integrity as a choreographer. Her energy-infused style stands strong in the face of trends that encourage male performers to tear off their clothes and gyrate like animals in heat, and female performers to dumb down their moves for the sake of aegyo and samchon-fan appeal. With Rino choreographing an increasing amount of SM material, it seems to me that Rino’s influence as an artistic entity has the ability to change SM’s outlook on creativity as a whole – even if it just means that she sticks to her guns and continues to choreograph dances that convey power and emotion, rather than mere dry movement. 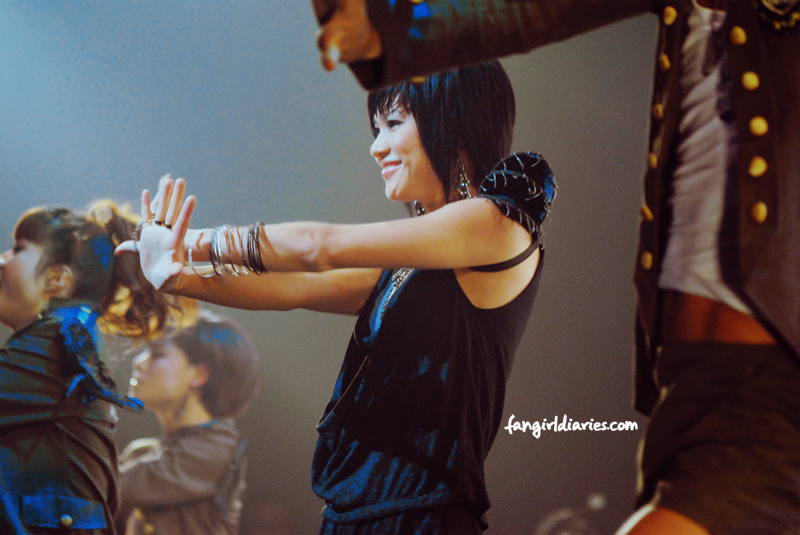 For some seasoned K-pop fans, it’s not hard to pick out Rino’s work from afar, but a lot of the attitude in Rino’s original routines is lost once the choreography is passed onto the artists themselves. For one, not everyone can dance like Rino, whether it’s in terms of skill or in terms of style. That’s a given. Add the fact that these artists will also be singing whilst dancing (and, at times, inhibiting one arm by using a handheld mic), and it basically becomes inevitable that the choreography will become less sharp, less dynamic, less attitude-driven. It’s no one’s fault that this happens, but it’s still nice to see what the choreography was originally meant to be. Rino recently unveiled the original choreography for three SM hits: SNSD’s “Tell Me Your Wish,” and SHINee’s “Love Like Oxygen” and “Hello.” Check out the magic below:

SNSD’s “Tell Me Your Wish”:

SHINee’s “Hello”: (“Attitude, attitude.” Oh, how I wish SHINee had kept the original feel of this choreography rather than succumbing to the inherent cutesy nature of this song…)