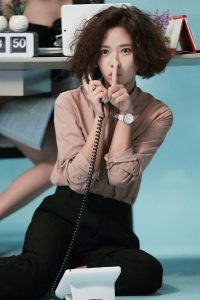 Rom-coms are a staple in my K-drama diet as a hopeless romantic. Those frothy, light, fluffy, sugary delights of entertainment are my not so really guilty pleasures; I get swept away into their pastel coloured world of piggybacks, ridiculous first encounters, handsome male leads and happy endings.

However my greatest love in these shows are the heroines–our quirky, messy, flawed, bubbly, funny, silly, brave, big heartened, lovable, shy, crazy, 20 or 30 or 40-something old female leads. We are to connect with them, devotedly follow their journeys, feel their sorrows and pains, celebrate their successes and see ourselves in them.

This has a lot to do with, besides good writing and characterisation, the actresses playing them. One of South Korea’s great passions is giving their beloved idols titles: the nation’s first love, the nation’s goddess, the nation’s little sister…and the title of the rom-com queen gets chucked around quite a bit. So my befuddled, confused self has decided to risk fan wars and wander into this debate with some criteria on how to judge the debate.

First, I compiled a list of the actresses: Gong Hyo-jin, Jun Ji-Hyun, Hwang Jung-eum, Park Bo-young, Kim Seul-gi, Shin Min-ah, Ha Ji-won, Seo Hyun-jin, Han Ye-seul, Jang Nara, and Jung Yu-mi. Then after a few hours of research and debating (with myself), I have set up a criteria for being the Rom-Com Queen. Of course this is all quite subjective and not at all truly serious but anyway here is the Rom-Com Queen test:

1. She has to have a career defined by rom-coms.

2. She has to be able to give a strong, engaging performance of her characters.

3. She has to have to be able to work well with various male leads. 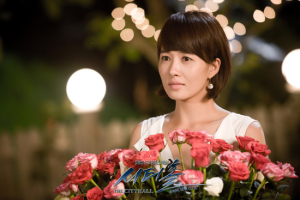 Looking back at the Rom-Com Queen Hall Of Fame, we can see figures who fit this criteria like Yoon Eun-hye, the star of Goong and Coffee Prince — you know the one with Gong Yoo, no I mean the best drama with him in it. There we can also find the legendary Kim Sun-a of City Hall and the pioneering My Name is Kim Sam Soon (I mean just the montage in Episode 2 on its own deserved all the awards it got), and Kim Jung-eun from the Lovers trilogy.

Despite my previous thoughts, Kim Tae-hee does not count as she actually only has one rom-com to her name, My Princess; and let me emphasise that romantic melodramas do not count at all in this–but romantic comedies fused with one or another genre do count–we do not need all that drama. However, I am sure though that there are many more women who fit the requirements but I am rushing through this museum tour right now. 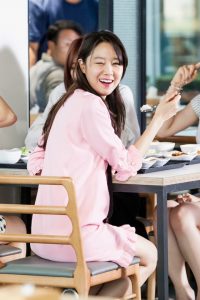 Now let us fast forward back to the present day where we contemplate on who is the current rom-com queen; hence the first requirement–having a career defined by rom-coms. The first actress who comes to mind is, of course, Gong Hyo-jin, and the dramas you know her for — Pasta, It’s Okay It’s Love, Master’s Sun, Jealousy Incarnate, The Greatest Love and The Producers — are all romantic comedies.

While she is the most prolific rom-com actress on my list of prospective actresses for the crown, there are other actresses who fit in this category. For Seo Hyun-jin, the romantic comedy Another Miss Oh Hae Young was her breakout drama. The two dramas that made Park Bo-young her TV star status, Oh My Goddess and Strong Woman Do Bong Soon are romantic comedies. Same with most of the women especially Shin Min-ah and Kim Seul-gi but I would say that it kind of does not work for Jung Yu-mi who is more known for her diverse arthouse films and Ha Ji-won who is more known for her versatility and really is the action queen (spot the link in her dramas!! Spot the link!!).

Okay let us move onto the next stage, shall we. Right then, we can look at this in different ways; but I am going for awards they have gotten for being in their romantic comedies. For this, we are going to look at the main awards show, the Baeksang Arts Awards, and yes I know that they are ridiculous in their choices sometimes and that they care too much about certain unnecessary things, ahem… popularity…ahem.

Only one of our destined (because it is all about destiny, right?) rom-com queens has won the Grand Prize, Jun Ji-hyun, for My Love From Another Star, an award rarely given just to a single actor. This does give her some advantage over the others. Nevertheless, we do have Best Actress Award Winners, Gong Hyo-jin in 2011 for The Greatest Love and Seo Hyun-jin this year in Another Miss Oh Hae Young. Furthermore, Park Bo-young, Ha Ji-won, Hwang Jung-eum, Ha Ji-won and Han Ye-seul have been nominated in the best actress category for their rom-coms. 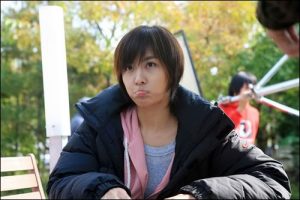 I did notice though that the TvN10 Awards where the nominees were chosen from dramas that aired on tvN from October 2006 to September 2016 and they had a Romantic Comedy Queen Award (I see you TvN trying to beat me at my own game here) which Seo Hyun-jin won but it does not count for me, as it is only one network — so, no.

Onwards then to the issue of pairing and chemistry, and first and foremost I want to say I do not think that I am not a good judge of chemistry between people (and I actually hate doing it)…but this is an unavoidable factor in being the Rom-Com Queen. I have noted that Ha Ji-won, Jun Ji-hyun and Gong Hyo-jin feature on Dramabeans’ list of Top 10 favourite drama OTPs (One True Pairings).

The few things I will say as I go through all the romantic comedies I have watched in my head are that I think Gong Hyo-jin worked well with pretty much every male lead she has been paired with. You have to give Hwang Jung-eum some praise for acting as the partner to someone who is in a different drama but in the same year was your brother. Park Bo-young’s character’s romance with Park Hyung-sik’s character was the best part (and the only good part) of Strong Woman Do Bong Soon.  In all honesty, I think all of the women on the list tend to have good chemistry with their leads. Okay, are we done here? Yes, good let’s move on. 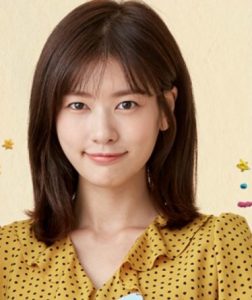 There are few people I think should be added onto the list right now and in the future. Yoo In-na who is probably ignored as she has few leading roles but she has been in many popular romantic comedies like The Greatest Love, My Love From Another Star and Secret Garden. Also she was the lead in admittedly what I call one of the best Korean romantic comedies, Queen In-Hyun’s Man. Also looking to the future, we have Rom-Com Princess figures like Jung So-min, Nam Ji-hyun and Kim Ji-won.

The status of Rom-Com Queen is forever changing hands in the South Korean Media. It’s kind of the “it girl” status of the Hollywood scene, and while there is some mentions of the Romantic Comedy King, notably it is a mostly female-dominated topic. With this position comes the fear of being typecast or not being a serious actress (I am rolling my eyes while writing this) but at least you are loved by the nation, get all those CFs and have successful dramas to your name, so I guess that it is pretty great to be a Queen.

So you are probably wondering who I think is the Rom-Com Queen and I would probably say Gong Hyo-jin. That longevity is impressive but Jang Na-ra also has a similar longevity. Currently, Seo Hyun-jin is on a roll with her romantic comedies, and you cannot deny the success of Park Bo-young’s rom-coms or Hwang Jung-eum’s dramas. Shin Min-a and Han Ye-seul are always delightful in their rom-coms and I love Kim Seul-gi as she shines in every drama she does, so in the end…I just cannot choose.