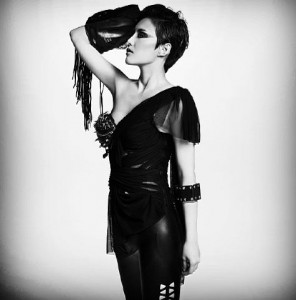 Miryo, from Brown Eyed Girl’s has a new face. Or at least that’s what everyone’s talking about. An angular jaw where it used to be, not fat, but plumper.  How did her face change? Braces, of course.

The changing faces of B.E.G started with Narsha and Ga-In, changing their looks through the powers of cosmetic surgery in 2009.  Now it’s Miryo, who for the record did not have jaw surgery, but instead some sort of braces contraption that resulted in a svelte jawline.
Miryo stated that it was all done in an effort to be prettier. And just in time for the release of Sixth Sense! But before she revealed the whole braces made my face slimmer spiel, Miryo and a rep from her agency said the cosmetic surgery rumors were false. The girl had simply dropped some pounds leading to a slimmed down face.

Whether it’s cosmetic surgery or weight loss, it’s apparent that the faces of Brown Eyed Girls have changed. Like any K-Pop girl group, appearance is a major component and over the years the girls have put a lot of effort into sculpting their faces into beautiful perfection – whether it’s through surgery of rigorous exercise. And for what? To become K-Pop bombshells of course. No crime in that.

When Narsha and Ga-In revealed their eye injection secrets to Magazine 1 in 2009 they commented, “Little by little after we went for the surgery, we were invited to more programs, our fans also started to pay attention to us.” So it’s all for the sake of a career. And don’t we all have to make some changes for the betterment of our careers?
Media and fans love to harp on the cosmetic changes of K-Pop idols, but such is the nature of a celebrity’s life, especially in K-Pop where an idol’s obsession with Plastic Surgery is very openly discussed.

With the proliferation of cosmetic surgery, another idol having a procedure or looking a bit thinner is just another way to maintain their appearance.  It’s like a haircut. No big deal. So what are your thoughts on Miryo’s face? Or should we even care?