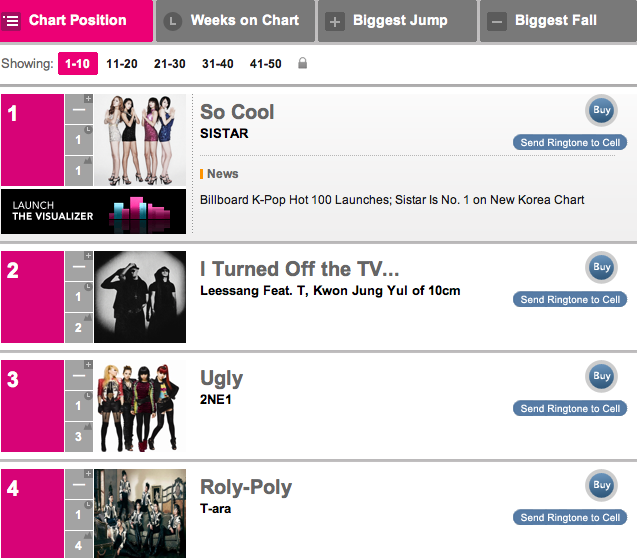 On August 25th, Billboard launched their official “K-Pop Hot 100” chart. According to Billboard, the chart will be based on digital sales, mobile downloads, and the most credible music data sources within Korea.

Silvio Pietroluongo, the Director of Charts of Billboard, said, “The launch of the Billboard K-Pop Hot 100 chart is a milestone event, as it will provide the Korean music market with what we believe is Korea’s most accurate and relevant song ranking. We’re excited to be expanding Billboard’s globally recognized Hot 100 chart franchise into this country, and look forward to enhancing the K-Pop Hot 100 chart in the near future with additional data as well as creating new charts that showcase the breadth of Korean music.”

With the release, the number one spot of the “K-Pop Hot 100” chart goes to Sistar’s “So Cool.” 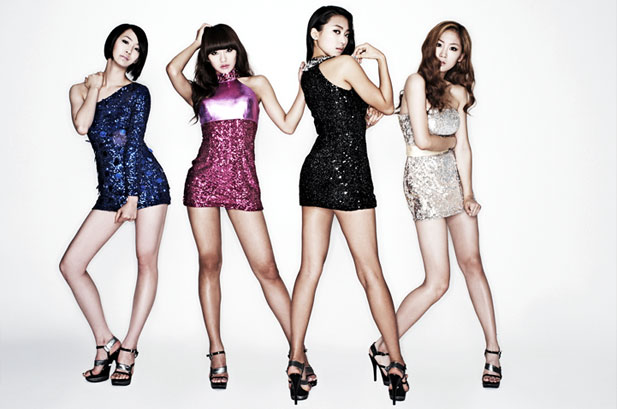 I’m still not sure how this chart will influence K-Pop, but people are already jealous of Sistar’s number one spot. Billboard has become another “goal” for the K-Pop groups to not only to be recognized by the K-Pop fans, but by everyone around the world.

Yet I’m wondering about one thing: because it’s really rare for the K-pop group to hold on to the number one spot for long, Billboard’s chart is going to have to change very frequently. Sooner or later, that number one spot will go to every group and being number one on Billboard won’t even matter anymore.

People are also asking questions about opportunities. Will this open up opportunities for K-Pop groups to make it big in the U.S.? My guess is a resounding “no.” Billboard is a prestigious music chart indeed, but it will not open opportunities for anyone because of one thing: the language barrier. It’s a good first step in an American charting organization to recognize the influence of Kpop, but let’s not think that that recognition will translate into the American market. At least not for another few years of hard work.

For now, we’ll all have to wait and see how Billboard influences K-Pop. For now, congratulations to Sistar!