Are you excited that the Wonder Girls are coming to a TV near you? 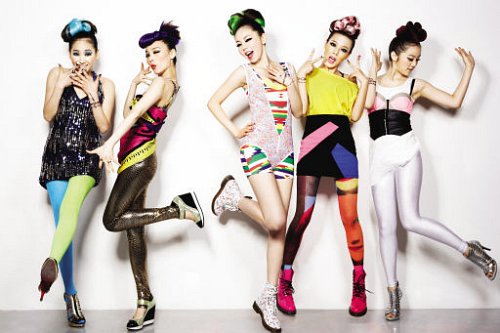 Rumor has it the Wonder Girls are going to be syndicated–on Nickelodeon, of all places. JYP has signed with N’Incredible, Nick Cannon’s production company, and Teen Nick to create a six-episode special titled “Wonder Girls at the Apollo.”

They’ve had quite a few false starts, like their tour with the Jonas Brothers, but I think this show could mark their big break.  Teen Nick has a viewer count of some 70 million, and with the Girls’ English lyrics and new “Americanized” sound, they just might connect with a range of young viewers. In fact, they already have small fanbase here–which is a good thing, as they’re seemingly losing popularity in Korea.  On the upside, they were among the highest grossing CF stars earlier this year, so if music doesn’t work out in the U.S, there are commercials!

Recently the Girls have been spotted in trendy American magazines “Teen Vogue” and “NYLON”, so a widely successful career in the States is definitely still possible.  The parallel release of the Girls’ first English album is also likely to boost ratings. Nick Cannon has faith in them, reportedly “setting a high value on the girl’s talent” (JYP). The label is also quoted as saying the Girls “will display the BEST music, BEST dancing, and BEST acting” for the show. Though they’re trying their best, the production is still a bit of a risk, given it’s rare for an Asian group to be the stars of an American television show–but I’m glad it’s a risk JYP feels is worth taking. Do you think that the viewers will consist of more than “Nobody But You” (and me)?  Are you excited that the Wonder Girls are coming to a TV near you?