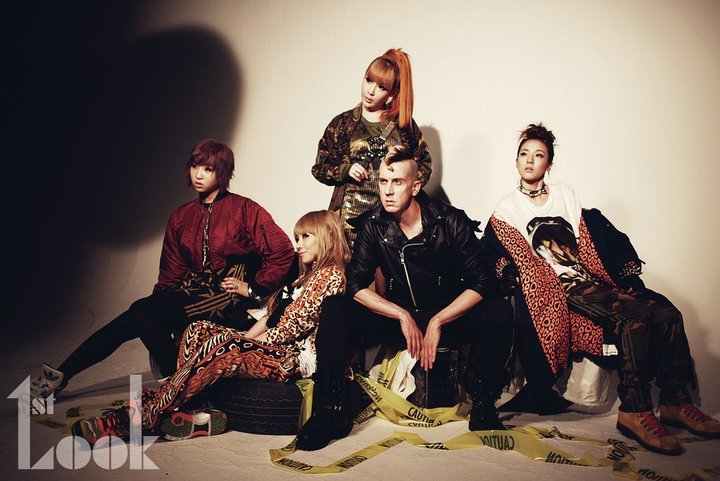 They’re working on an American debut album with Will.i.am, they’ve impressed fashion designer, Jeremy Scott (their frequent collaborator pictured above in the “Billion Dollar Baby” editorial), they have their first solo concert at the end of August and they start Japanese promotions in September. Nothing seems to be stopping these girls and no one seems to be trying.

They most recently modeled for the Jeremy Scott x adidas Originals by Originals collection, which was covered by Hypebeast. Jeremy Scott is saying it loud and clear, I’m an original and so our these Billion Dollar Babies, 2NE1.

Is it that they and their handlers are masterfully toeing the line of gimmick, realism, kitsch, kpop camp and adulthood? To they appeal to the desire in the youthful set to be trendy, superfluous but emotionally strong? Do they appeal to that side of adults that want to play dress up with big-kid clothes? Are they being carried along on the coattails of a trend that has yet to die? Are they even doing it on purpose? 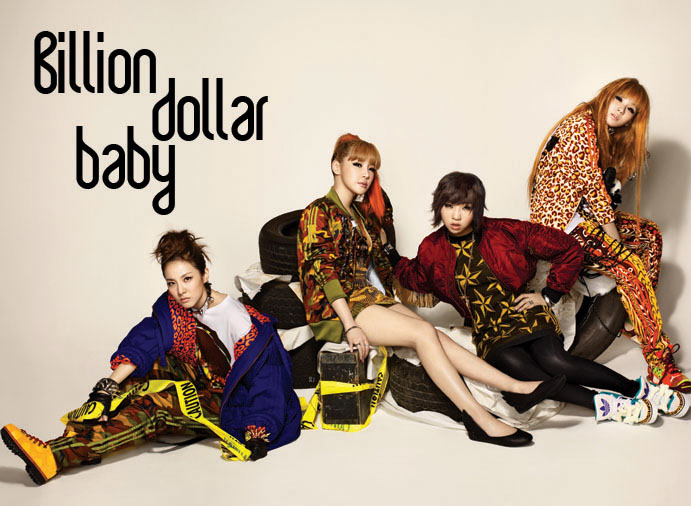 Whether or not this is all calculated genius or happy mistake, the effect is clear. They’ve been recognized around the world by heavyweights who not just comment on their innovation but also make the effort to work with them. And that’s the most important thing.

When you consider Se7en’s abysmal State-side debut you can see one thing is certain. He didn’t have the right people behind him.YG by itself can not sustain any artist outside of Korea and the network that Se7en had in the States failed him. With 2NE1, people are coming out for them, people want to be associated with them. What is it about their cool?

At the end of the day, whether you like 2NE1 or not, it is interesting to note the worldwide and varied attraction the the girls’ image. Who said Kpop concepts didn’t work? We’ll see if, and how, they actually fair in the world market. Their first test is in Japan, the second largest music industry in the world. But, Japan isn’t the end all be all of music domination; it still rings true, if you can make it here–in the US–you can make it anywhere.