May mania is over, and now all the new July dramas are settling into their own grooves. While May seemed like a ripe month for romance–ranging from light-hearted in “Greatest Love” to tragic and weepy in “Miss Ripley“–saeguks are making their way into the lineups, with the epic “Kye Baek” having premiered yesterday and “Warrior Baek Dong-soo” wowing its own audience.

While I am no longer manically catching at least one episode of something every single day of the week, here are a couple of dramas I’m following and my thoughts so far: 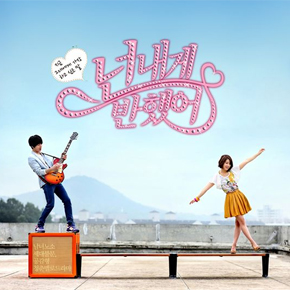 Look, I liked “You’re Beautiful” as much as the next drama watcher, and I felt slighted as much as the next person when Shin-woo hyung didn’t get the girl, but throwing Park Shin-hye and Jung Yong-hwa together again is just ludicrous. I have a pretty high tolerance for bad dramas (I didn’t watch “Boys Over Flowers” for nothin’!) but watching Jung emote is mildly debilitating and watching him emote together with Park is unbearable. Good thing I’ve got the fast-forward button handy, yes?

I don’t take issue with the story even if it’s really nothing new, and even though Park and Jung have both improved since their last projects, they are still really weak actors and what I hate in Kdrama projects is when weak actors are casted together to headline a story, and their supporting leads are way more talented. There are so many young and talented actors (Yoon Shi-yoo, Nam Ji-hyun, Park Bo-young, Song Joong-ki to name just a few) who don’t get enough work for their talent, yet Jung Yong-hwa gets another drama already?

And lest you use the “But Jung already has a fanbase to get ratings!” argument with me, I’ll counter that and say that “Heartstrings” hasn’t even broken 7% viewership nationwide, so who’s to say that none of the other more talented non-idol actors can’t bring in more? 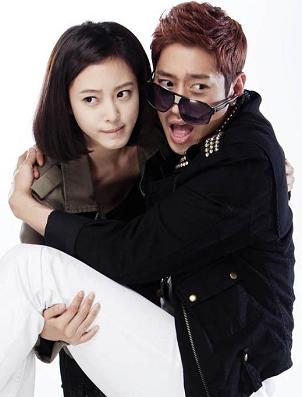 So the story isn’t the best, and sometimes the attempts at humor are more slapstick than smart, but this drama is finally getting into the story arch that I want it to get into. Eric and Han Ye-seul also have great chemistry and they’re only in the bickering stage right now, imagine how hot the making out will be!

Just kidding. But Eric and Han’s rapport is great and I can’t wait until more action kicks in. It’s also hilarious watching Han try to work her way around South Korean etiquette and mannerisms in speech and otherwise. Han’s one of those actresses that you either love or hate, and I really love her so I’m enjoying her performance in this so far. 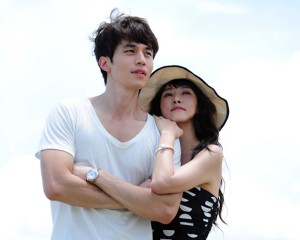 SCENT OF A WOMAN

This is only two episodes in so I don’t have too much analysis for it, but at the moment I’m digging it. I’m not sure if I should stick it out because I’m afraid it will be too much of a heartbreak at the end. How do you really start a drama knowing that the premise is that your main character will die in six months and that every episode brings her closer to her demise, no matter how positive the main message is? I could watch it with the hope that the writers will pull a deux ex machina on us and make everything alright at the end, but I prefer realistic writing to a Cinderella ending, which makes me wary about investing too emotionally in this story.

What dramas are you guys watching?