So about this "Hallyu" thing... 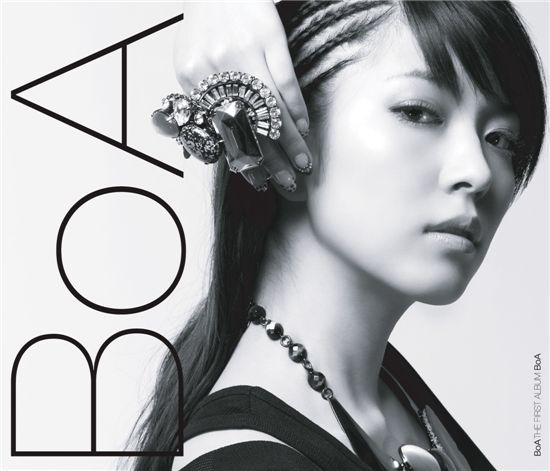 CNNGo, an Asia travel and culture blog affiliated with network news giant CNN, recently posted an editorial entitled “K-pop taking over the world? Don’t make me laugh”. In the editorial, author Esther Oh talks about Korea’s current obsession with spreading Hallyu, or the Korean cultural wave, across the world…and how the nation has deluded themselves into believing that their efforts for global domination are actually working. Check out the article below:

Having followed the Korean media for some time, I’m all too familiar with the unrestrained embellishment of hallyu.

Every time I read an article raving about how successful the Wonder Girls are in the states, or how Rain is a “world star,” I can’t help but cringe.

Don’t get me wrong. I agree that K-Pop is being listened to outside of Korea and that it has an international fan base, but the media’s coverage of hallyu and K-Pop feel-gooderies is ridiculously one-sided.

When BoA debuted in the U.S. several years ago, every major Korean news website claimed that she was spearheading the hallyu movement in the Western hemisphere, saying BoA might just as well stand for Bring On America.

Unfortunately, she didn’t Bring On America; she bombed instead, even though her American album “Eat You Up” was produced by Thomas Troelson and featured tracks by Bloodshy and Avant, a duo that has worked with Madonna, Britney Spears and Jennifer Lopez.

More than with their disastrous results, I was intrigued with the Korean media coverage that touted these singers as ambassadors of K-Pop to the U.S.

What I’d like to ask is, if a singer, regardless of nationality, debuts in the U.S. with English songs produced specifically for an American audience, is that artist still a part of the Korean Wave?

Take Jay Park (aka Park Jae Beom), a Korean-American and ex-member of the boy band 2PM.

After leaving the group in 2009, he reappeared on YouTube and his rendition of “Nothin’ On You,” originally sung by Bruno Mars, reached well more than a million views.

Korean news websites immediately claimed Park was on his way to becoming an international hallyu star.

These types of articles always puzzle me. Yes, Park is ethnically Korean and debuted in a Korean boy band — but calling a Korean-American singing in English a hallyu star, and even a promoter of K-Pop, seems to be a wild leap in logic.

Before stamping the word “hallyu” on every song with a connection to Korea, it is crucial to first deconstruct the notion of the so-called Korean Wave.

BoA and Se7en have sung songs in English that were produced by Americans, and were transformed and marketed (albeit, unsuccessfully) in a way to suit the American public. Is there, therefore, anything that is so specifically and exclusively “Korean” about their U.S. debuts or their music?

Instead of simply glorifying the concept of hallyu and obsessing over the “exclusivity” and “uniqueness” of K-Pop, the Korean media should understand that when artists are debuting in the U.S. with English songs, people don’t care if it’s J-Pop or K-Pop.

Once these artists cross over to a different cultural arena and play by its rules, the notion of hallyu no longer applies.

When you’re talking about K-pop today, the question of Hallyu and its influence on international shores is undoubtedly huge. Now more than ever, Korean entertainment companies are aiming to launch their artists beyond the traditional ‘safe’ arenas of East and Southeast Asia. Those living in Singapore, Thailand, Taiwan, and the Philippines know that Hallyu has earned a comfortable little spot in local culture. Knowing this, it’s perhaps safe to say that Hallyu has achieved its desired influence in these certain regions. But as for Hallyu conquering the rest of the world? Take one look at BoA and Se7en’s promotional efforts in the US and get back to me on that.

There are a thousand and three theories out there that attempt to explain why Hallyu hasn’t taken off in the United States, despite multiple attempts by big-named and big-budgeted companies to penetrate the market. Is it because the K-pop sound is too ’90s’ for it to be accepted in western culture? Is it because K-pop artists are trying too hard to emulate an American pop sound, causing them to drown in the sea of American pop monotony? Is it because Korean entertainment companies are bad at reading American audiences? Is it because the west holds racial prejudices towards Asians in entertainment? Or is it because K-pop really just isn’t as awesome as we all think it is, and America’s just too cool for another wave of girl groups and boy bands? The theories are endless, but now we want to hear from you. Regardless of where you are in the world and what sort of influence K-pop has on your local culture, why do you think Hallyu isn’t as big as Korean media touts it to be? What’s keeping Hallyu from succeeding in markets outside of East and Southeast Asia? Is the age of Hallyu simply over? Discuss!