SB Lookbook: Kill a Cheetah and be Rain

In this week’s edition of The LookBook, I’m going to show you how to get the following look. 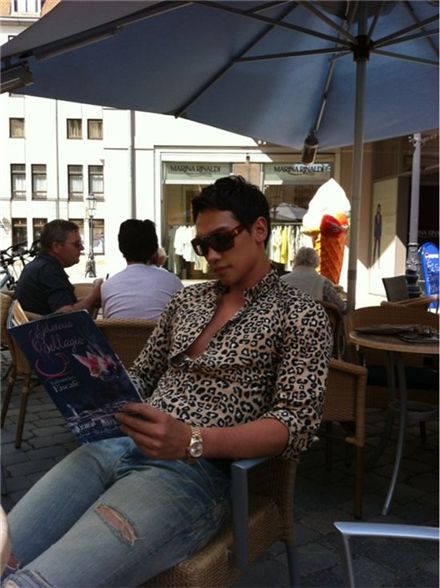 Rain posted this picture to his twitter before his performance at the Dresden Music Festival in Germany. There is so much European Gigolo going on I couldn’t resist, I had to make this look accessible and easy for all of humanity. I will deal with the moral consequences.

There are two ways to get this look. The first involves catching and skinning a cheetah but, that’s too complicated and I’m already having problems with PETA, so I give you the Lookbook: Rain Edition.

Head to a thrift shop for the cheetah shirt, mostly because I can’t condone paying full price for animal print. Try a t-shirt instead. Cheetah print is rarely formal, especially if it’s a button-down that’s only buttoned half-way. For the pant head to Urban Outfitters and try a darker wash with less holes. Nicer shape for the sunglasses as well (Modcloth) will really make this something that works well for girls and idols, male and female alike. And don’t forget the Rolex! As you can see from the picture it’s the most important thing. (Knock-off will do as well.) And finally, all you need is to be as Don’t Give A Frack as Rain is and you will pull it off without a hitch. 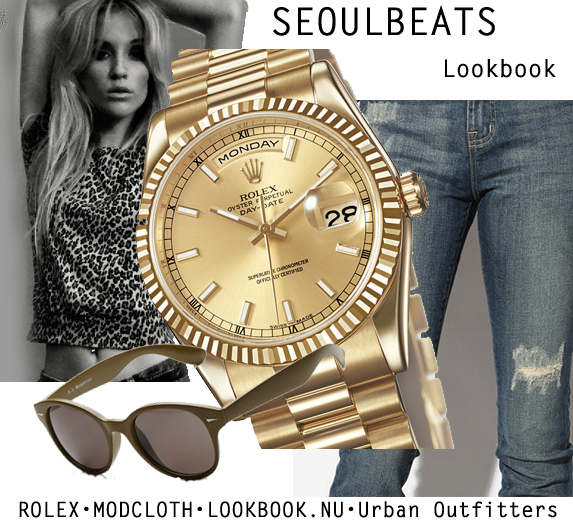