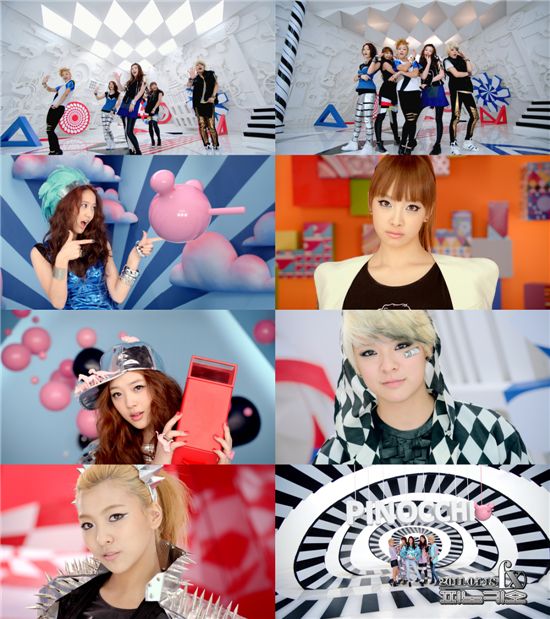 f(x) will make their come back with the song “Pinocchio.” SM Entertainment‘s rookie girl group has just released an MV teaser for the song which is visually stunning like a futuristic anime come to life, the song itself was… meh.  Check it out.

Cue Jiminy because I don’t get the song title or concept really… *crickets*  I’m guessing some kind of whacked out modern fairy tale take where Pinocchio is now Mickey with a long nose?  For rookies (I’m guessing I maybe shouldn’t be calling them rookies since it’s been about 18 months since they debuted, but they had a member missing for about 6 months so I’m subtracting that), f(x) has always had pretty solid title tracks so I’m still hopeful that the song is better than the 24 seconds we were teased with.

Pinocchio will drop on the 18th and f(x) will make their live comeback debut on the April 22nd episode of Music Bank.