Too much make-up for Taeyeon? 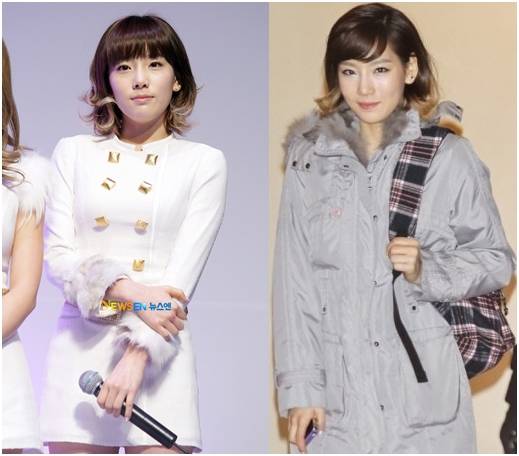 With one single picture, SNSD’s Taeyeon has recently been embroiled in a teeny-weeny controversy on several online forums.

The picture showed her wearing not just thick, darker make-up, but also a seductive smile which took some fans by surprise. Many netizens commented that they had been attracted to Taeyeon’s petite frame and cute image as well as her strong vocal ability, and expressed confusion over Taeyeon’s sudden transformation into a “foxy lady”.

Taeyeon seemed to be going for a more mature and glamorous look, and she evidently pulls it off pretty well. I know SNSD used to wave lollipops in frilly puffy dresses, with their pure virginal look, but seriously-they’re like in their early twenties already! After Run Devil Run, I’m surprised netizens still kicked up a fuss over seeing their little Taeyeon grow up. And the make-up wasn’t really very dramatic actually!