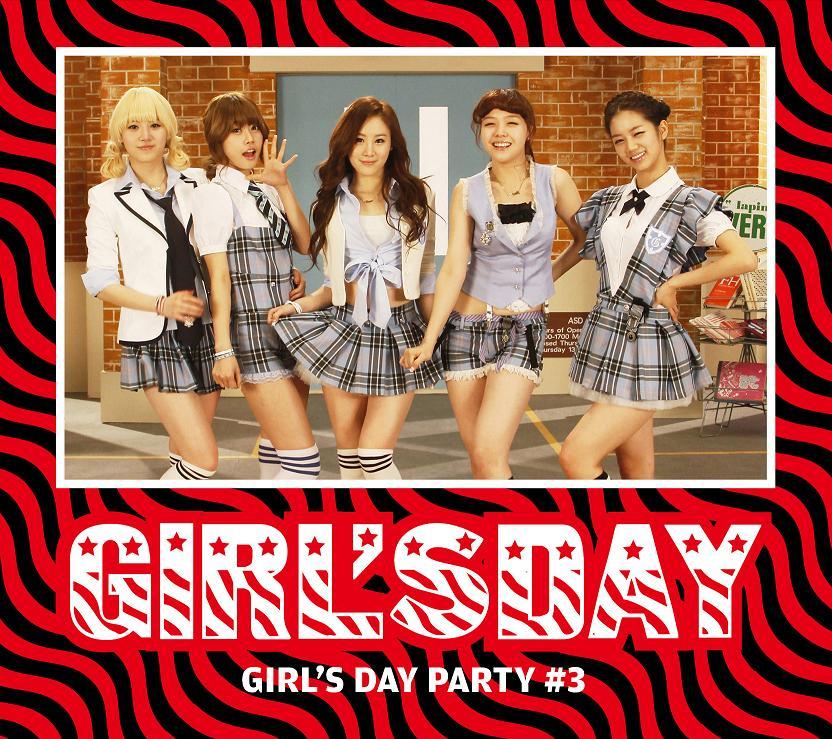 So far I’ve only done about two of these and they were both about male idols with hot, chiseled bodies, so time to play fair. We’ve got Girl’s Day, who re-debuted last time around with a new lineup and a listenable sound; then we’ve got new group CHI-CHI, who are already planning So Nyeo Shi Dae’s imminent destruction.

1.Crazy nonsensical quirkiness. Just the way I like it. FYI, screw pepper spray, I’m doing the Crazy Cat.
2.Aw, the dream guy appears -I was kind of enjoying this.
3. Ha, all right I’m still enjoying this
4. Even though it fits the song like a glove, it’s a shame we’ve got another aegyo concept but-
the video itself makes up for it. It was cute, funny without being too cloying and at the end, everybody happy!
5. Joke’s on me that the nonsensical quirkiness became important later on in the video. Outsmarted by an MV?
6. Honestly, I don’t bother with 60% of idol videos. Particularly girl groups; if all you’re going to do is dance in studio I can wait until Music Bank for that. But I’m actually afraid that without the video I’ll like ‘Twinkle Twinkle’ less.

1.#6 mentioning of…..
2. I JUST had my eyes checked you guys, seriously. This is why I even got contacts, and you know what? I’m going to have to go back again. Is that what you want?
3. Um,sorry. Well, their voices seem primarily in the alto range, which good, but this song – ugh this sounds like something Girl’s Day would have spat out two years ago.The chorus is just so annoying – it’s not something I want to hear repeatedly let alone sing over and over again.
4. Another male lead, but despite the ‘girl power!’ theme, Lee Jong Suk’s got the guns in the end? What?

I’m not going to give in to my whims and judge whose is better, but I think you can infer pretty clearly from my comments. I have high hopes for Girl’s Day – perhaps it was the boy-stealing-jitsu that really grabbed me, but I think they are my new Secret – ‘Nothing Lasts Forever’ was an immense improvement.

CHI-CHI…..I don’t know, I think it depends on how their musical style develops from now on. They might have a bumpy road ahead, but they brought that on themselves:

When asked if there were any girl groups they considered to be their rivals, CHI-CHI replied, “Our goal is to overtake the nation’s best girl group, SNSD. Becoming Asia’s best girl group is also another goal of ours. We believe our strong point is performing unique music.”Actress Hong Soo Ah also made an appearance at the showcase to support her juniors. She cheered, “I hope these CHI-CHI friends take the spot of the best idol group.”

Yeah, it might not be smart to piss off one of the largest girl group fan clubs, even if it’s in jest (because you know they are taking this as serious as the Civil War).