No Comeback is a Comeback without a Scandal 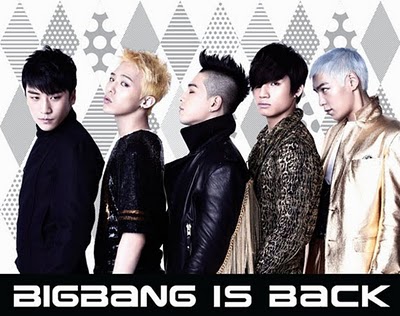 Big Bang is second to only Dong Bang Shin Ki in my heart and so, naturally, I was looking forward to their comeback. And though I was disappointed (This definitely does not beat Remember), seeing these 5 guys perform, as a group, is something I, and the rest of the planet, was looking forward to. Unfortunately, in the midst of this comeback, there’s been a hen’s nest of issues.

This is nothing spectacularly new with YG Entertainment. When 2NE1 made their comeback, various stations were criticized for giving 2NE1 special treatment and longer comeback stages. I saw both sides of the argument: 2NE1 is a relatively new group but because of their immense popularity, they deserve right? But couldn’t that be said about other groups in KPOP? Do they not deserve the same treatment?

The same questions were brought to the forefront of KPOP with Big Bang’s comeback and their recent conflict with Music Bank and it seems like YG Entertainment has some things to think about. Recently, PDs for Music Bank revealed that YG Entertainment asked the program to set aside ten minutes worth of programming time. That might not seem like a lot, but as the PD points out, that gives Big Bang the opportunity to perform three or four songs, and coming from a mini-album with 6 tracks, that’s a lot. The PDs also pointed out that artists such as BoA, DBSK, and 2NE1 were given 7 minutes. The PDs continue to state that they have a program and other artists to accommodate for and that YG Entertainment’s statements about music program tyranny are uncalled for.

I can’t say I disagree. Big Bang is great. No one can really argue against that. But really? Do they really need ten minutes? It is unfair for the other artists on the program to have their performances shortened just so Big Bang can get extra time. Yeah, no one might care as much, but like Music Bank said they have a balanced program to adhere to. Also, I can’t help but wonder where YG, who everyone claims is the fairest of the Big 3, gets off on making such a request.

But then again, Music Bank could be spitting out hog wash.  What do you all think? Do you want to see 10 minutes of Big Bang or 7?