Bad news first, it is!

For all the YongSeo/Goguma couple shippers out there, the inevitable date you have all feared has finally come. It has been officially announced that SNSD‘s Seohyun and C.N. Blue‘s Jung Yong Hwa will be leaving We Got Married. Although the exact date is still up in the air, producers of the beloved faux-reality show have stated that their final episode will most likely be filmed next month. (newsen) 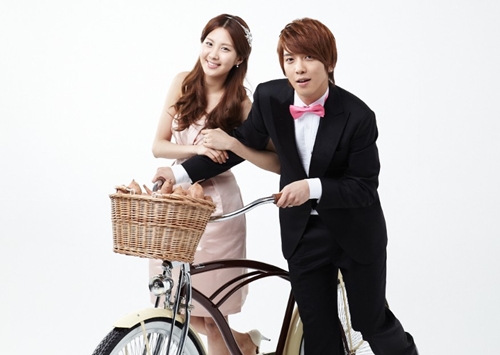 This news is not at all surprising to me, since I know Girls’ Generation will soon be promoting “Mr. Taxi” in Japan, and that the C.N. Blue frontman will also soon be promoting the group’s upcoming album, First Step, as well as preparing for his starring role in the forthcoming drama “Festival” opposite his “You Are Beautiful” co-star, Park Shin Hye. (Just typing that sentence took a lot of effort- I can’t imagine how they will handle their actual schedules.) Alas, at least it was fun and sweet while it lasted.

Now for the good news in fake KPOP coupling (right in time for White Day, I might add)!!

My favorite couple from “Dream High” seem to be taking their romance from the screen to… reality…or at least continuing with the cute! Oh yes, people, we have squee-worthy news about our darlingly dulcet and winsome WooU couple.

Our adorable AngAng Wooyoung of 2PM, disguised as a big IU fan from Busan, called his lovely Pilsook while she was on the radio program, “Lee Soo Young’s Music Show”.

I’m pretty sure that Wooyoung just confessed and IU blushing and fanning herself makes it seem that she’s more than a little flattered. Now I have to go fan myself or else die from the cute. Jason and Pilsook FOR. EV. ER. 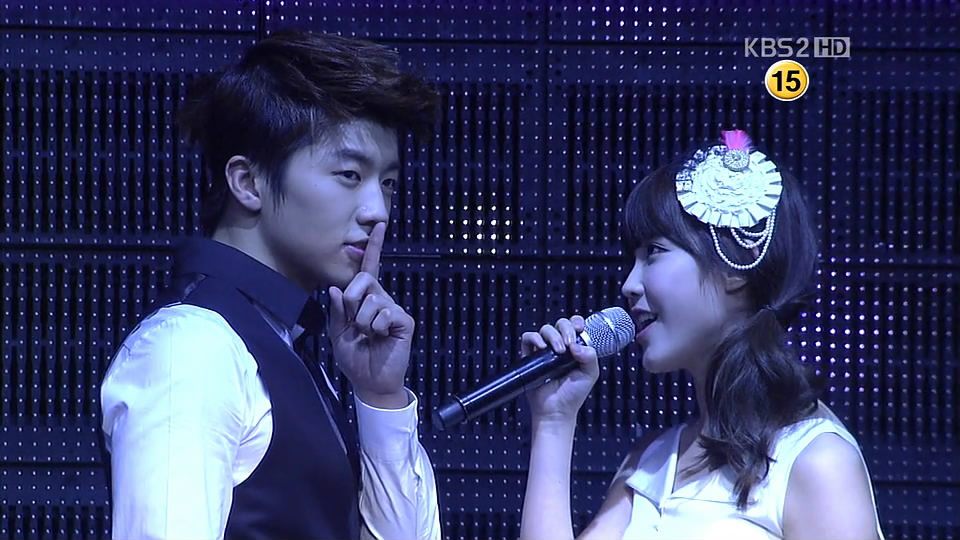