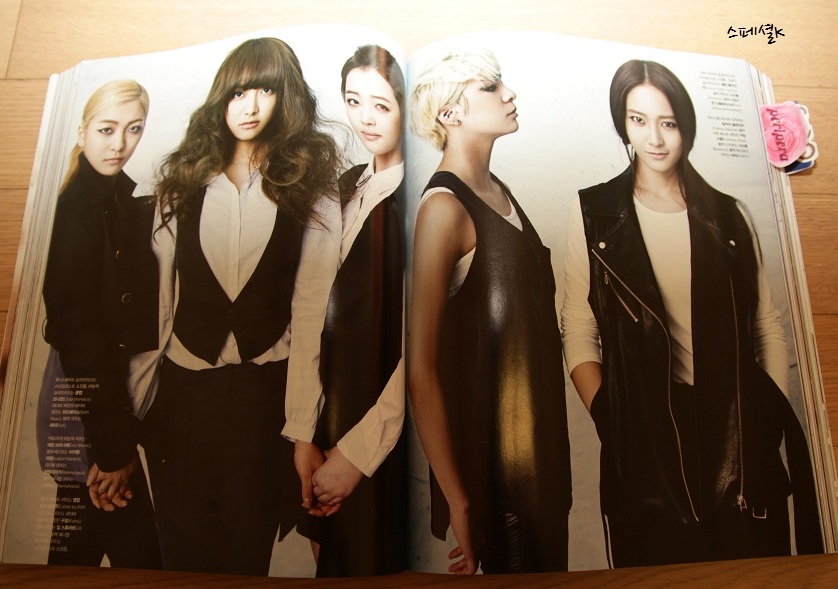 As much as I hate to admit that I’m one of Amber‘s bajillion possibly-sexually-confused fangirls, I legitimately stared at these photos from f(x)‘s latest magazine spread for, oh, fifteen minutes straight. Drooling was involved.

In preparation for their April comeback, f(x) appeared in the April issue of Marie Claire Korea, sporting an urban-chic look that evokes a mature and sleek image and – oh, what am I saying? Hot ladies are hot – Victoria is gorgeous as always, Krystal looks a little like Lee Ji-ah in that last pic, and Luna….looks a little too severe and a little too old for her age and really needs to bring back the black hair, but I can’t complain. 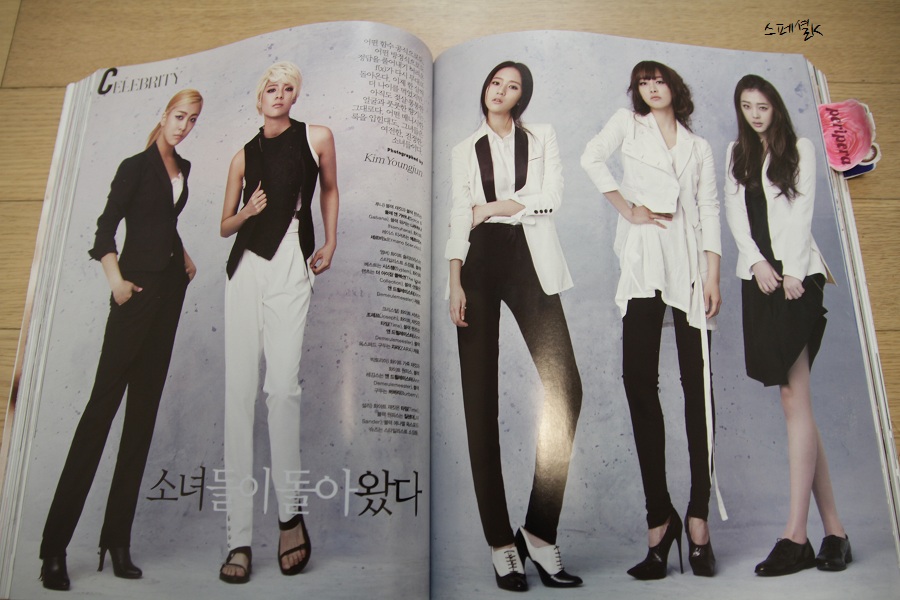 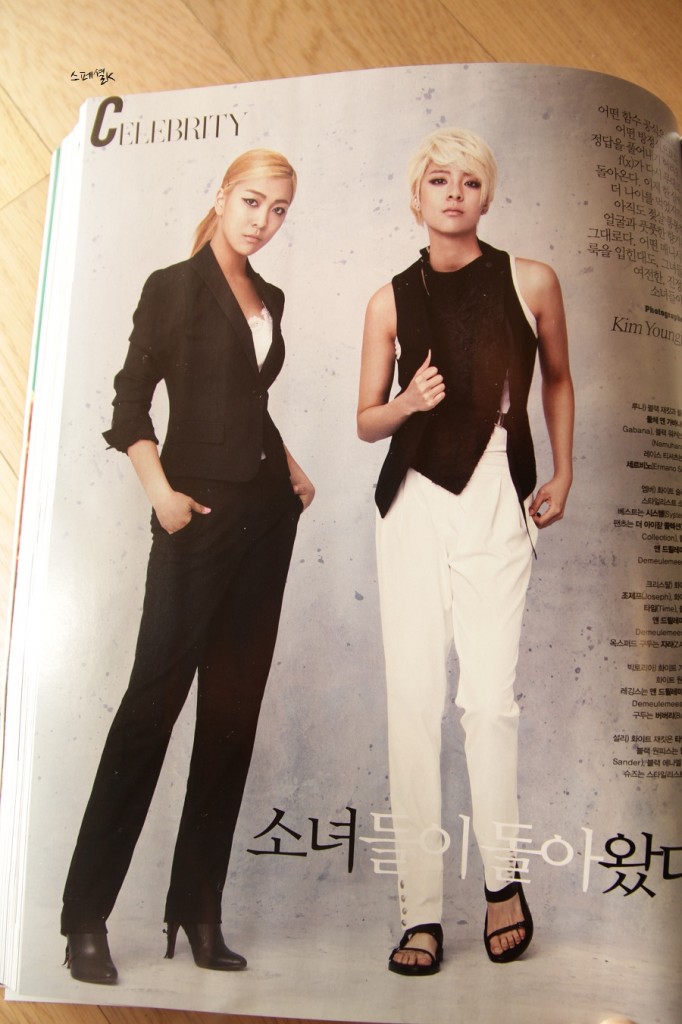 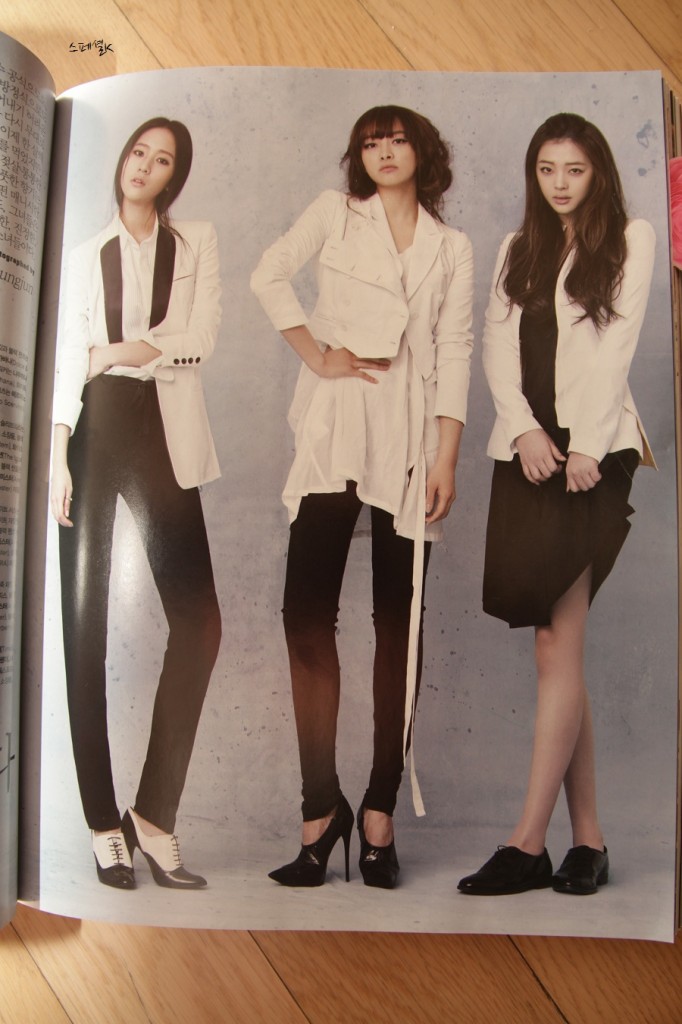 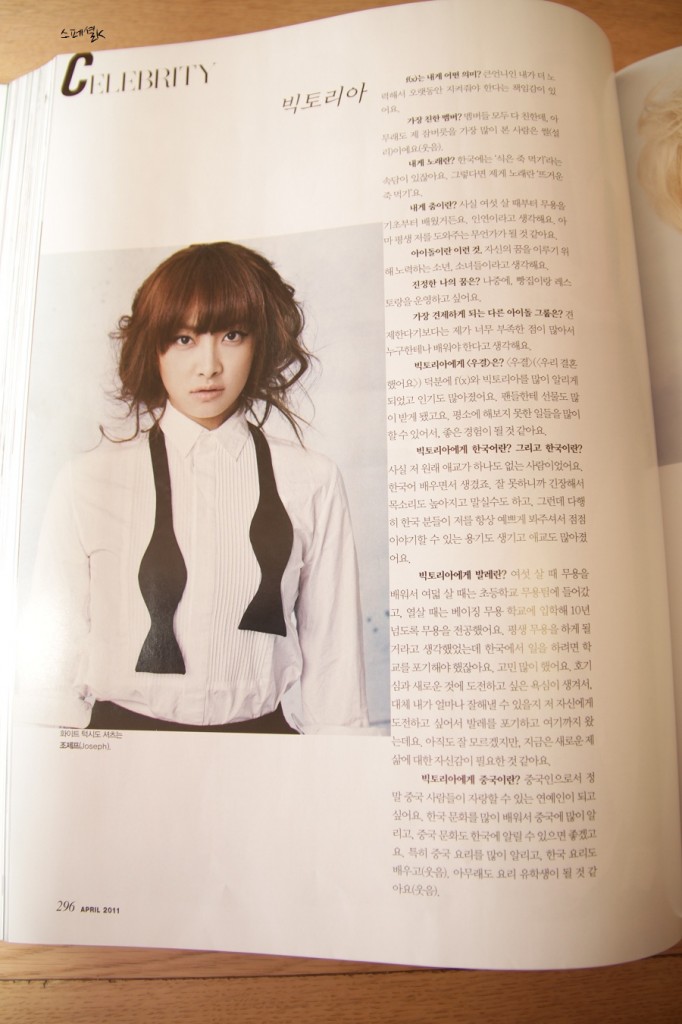 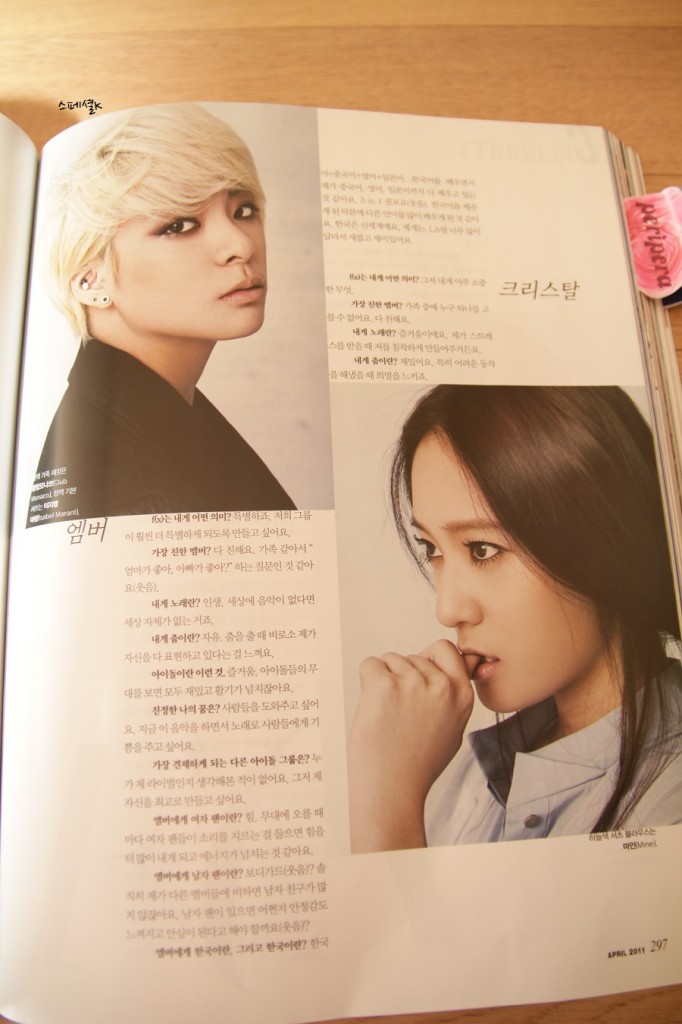 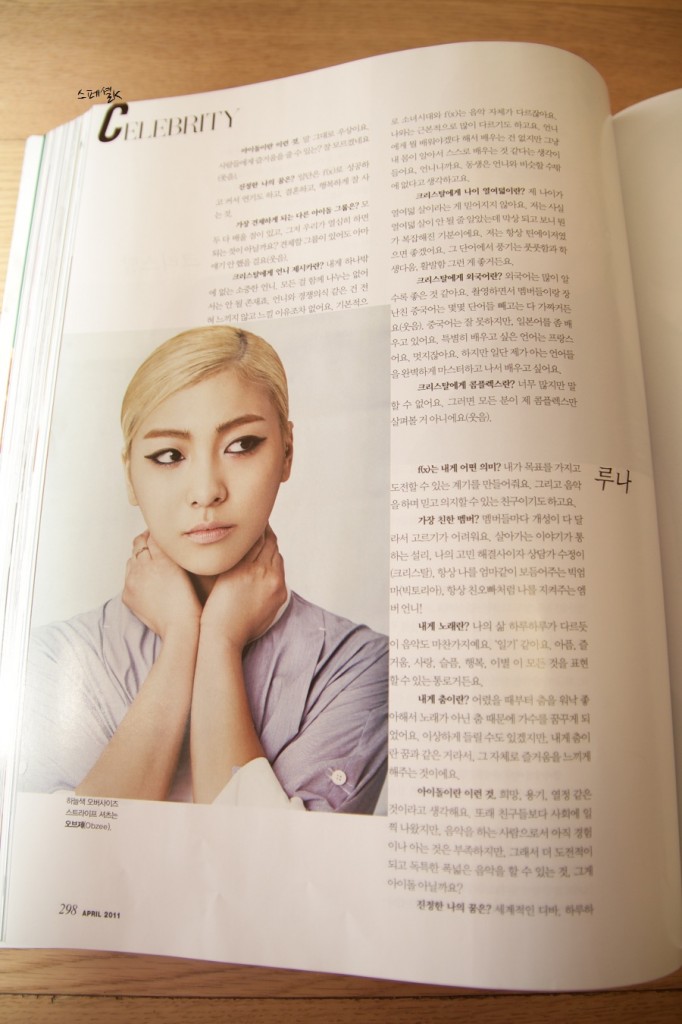 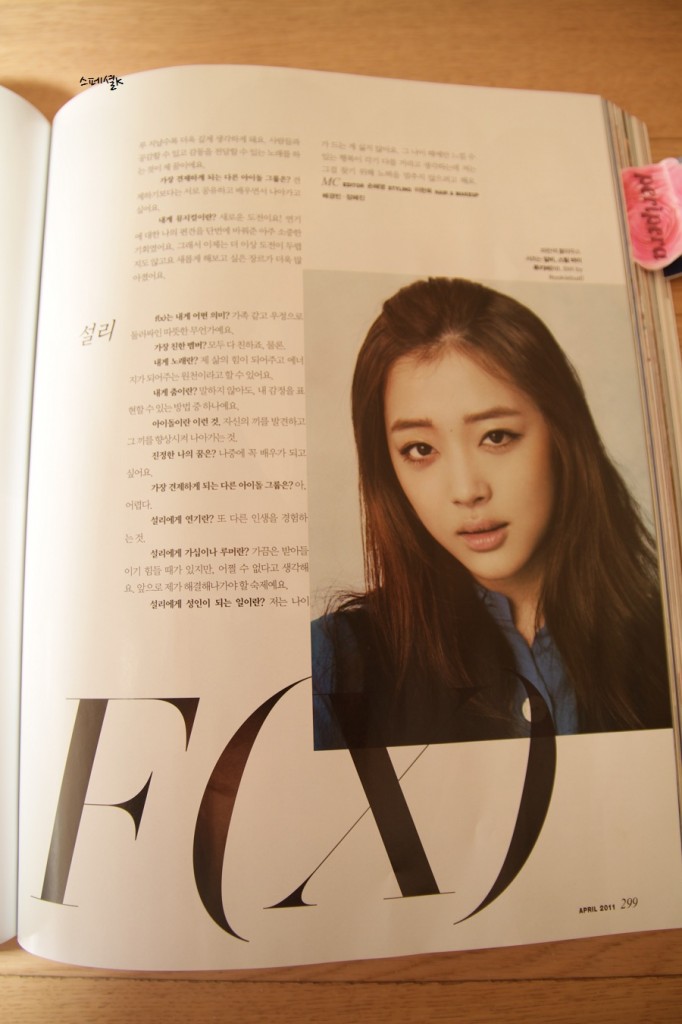 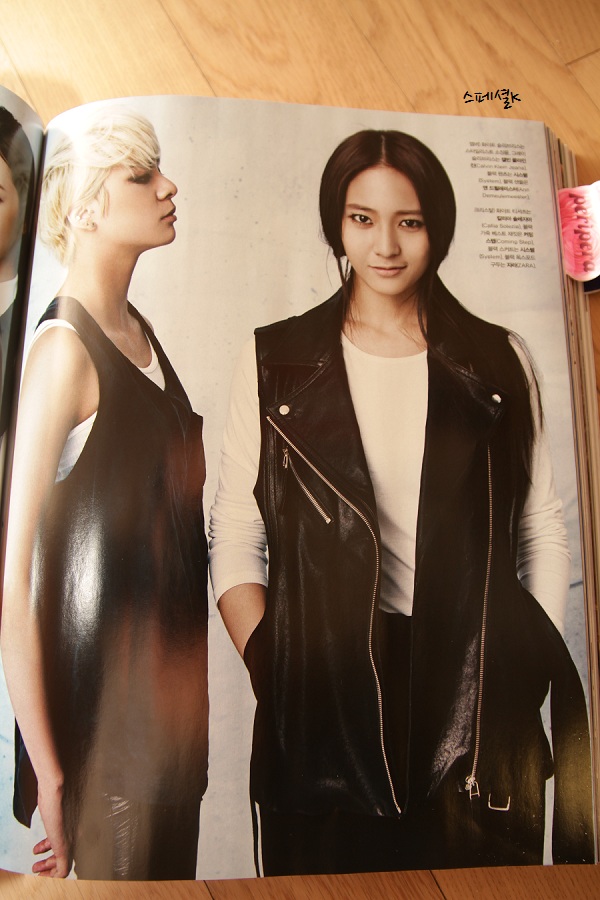 AND AMBER. Y’know, there’s a whole ton of feminism- and sociology-related stuff that you could discuss about her and her image, but please allow me to put that aside for a moment as I flail over her new hair. And are those gauges I see in her earlobes? *dead*

Ahem. f(x) (plus Amber!) will be returning to the K-pop music scene in April. And until then, I will be anxiously counting down the days until I can finally see Amber in action again.