2ne1 all decked out in Adidas

We all know how 2NE1 had been making news in America for their music, but it seems like fashion-wise, they might be catching the eye of top American brands as well. The group managed to clinch an official contract with adidas Originals and will be collaborating with the sports clothing label on their “We Are Originals” project.

2NE1 is apparently a big fan of Adidas and vice versa (though I have no idea what Adidas has got to do with music, let alone K-pop). This mutual adoration has evolved into a partnership deal involving summer projects for fans. In fact, adidas Originals unveiled 2 photos of the members in a recent photoshoot, showing off both black-white and rainbow-colorful styles. 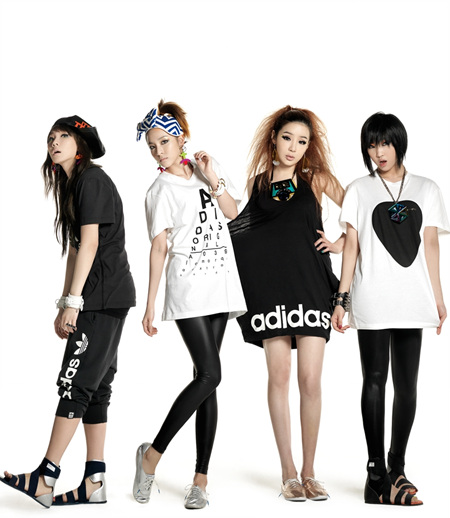 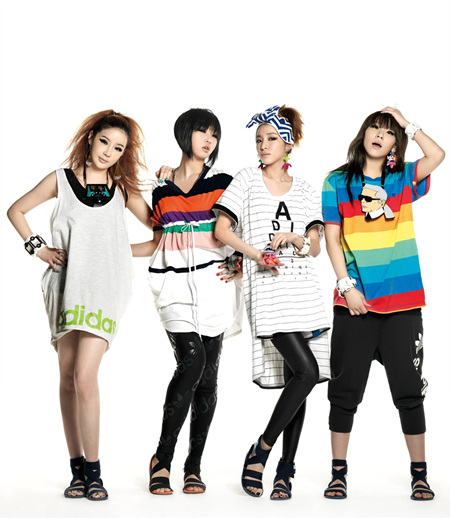 The brand acknowledged the “We Are Originals” project, stating that they believed 2NE1 is a “fashion icon that represents not only Korea, but all of Asia”. Fans can anticipate several collaborations in the near future, especially in the earlier half of 2011.

I’ve never been a huge fan of Big Bang’s or 2NE1’s fashion styles, mainly because I’d get strange looks if I sashayed down the streets dressed like them. But in my humble opinion, 2NE1 can wear garbage bags and still send us swooning and drooling, depending on your gender of course.