Who will be K? 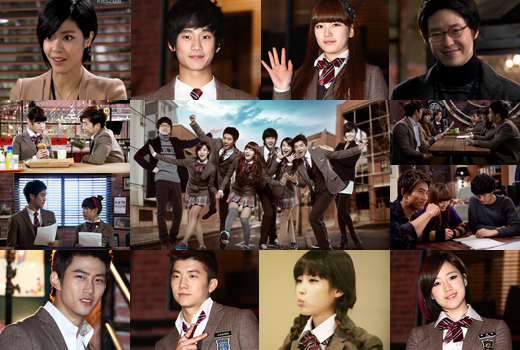 If you’re not in denial like I am, you’ll have already realized that with episode 15 airing yesterday there is only one more episode of Dream High left.  The drama has been a pleasant surprise, grabbing the hearts of fans and clawing it’s way to the #1 spot over anticipated blockbuster Athena, and the popular Queen of Reversals in the Monday/Tuesday Kdrama battle of the ratings.  One big question still needs to be answered in the drama… Who is K?

Dream High has been keeping fans guessing with great plot twists and the use of the K pendant as a plot manipulation vehicle.  I  would’ve placed my money on Sam-dong for being the superstar K, but now I’m not so sure.  K Could actually be any of the 6 main characters in the drama: Sam-dong, Hye-mi, Jin-gook, Baek-hee, Jason, or Pil-sook.  Some might say that it can’t be Jason or Pil-sook because they have never possessed the pendant, but there’s still one episode left, right?  K could even be the whole group (they could have more pendants made) or it could even be Jin-man (JYP),  if that happens I’ll seriously die laughing.

So my fellow SBers who exactly do you think K will be?

By the way, the Milky Couple- sooo sweet I have a cavity now.  And, Sam-dong\Hye-mi\Jin-gook?  Ack, dies of warm and fuzzies…