When watching a drama, what do you usually notice about the male lead? Are you drawn to the expression in his eyes, his succulent lips, his baby smooth skin…or his EARS?! 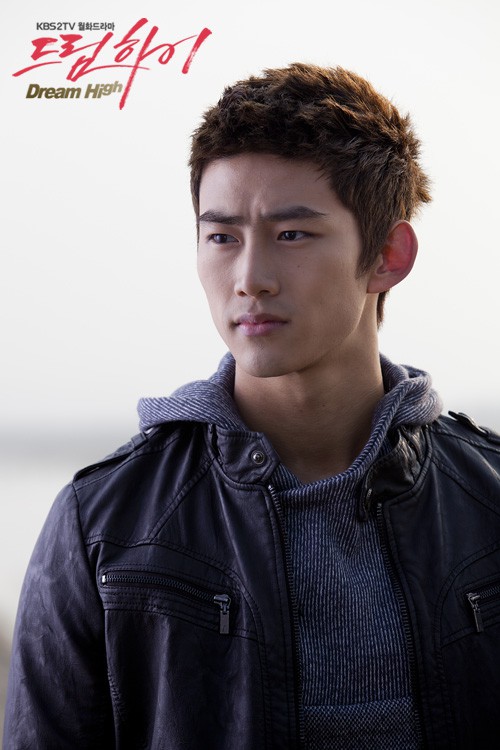 Well, 2PM’s Taecyeon is receiving quite a bit of attention for his giant ears lately, especially for his role in KBS’s Dream High. His character has a short haircut which exaggerates the size of his ears, and viewers are apparently getting distracted by them as a result. Indeed-Dream High’s message board was filled with comments from viewers were unable to focus on the drama because of Taecyeon’s ears!

On February 1st, the idol tweeted to his fans to thank them for watching over his acting on Dream High. He expressed amusement about how his ears have such a strong effect on his acting, and promised to work harder in order to perform better on the show.

Netizens responded with encouraging comments, urging Taecyeon to work harder and keep improving on his acting skills. On another note, Dream High has been consistently achieving high ratings since it first started airing. For its eighth episode, the drama came in first in its timeslot with a viewer rating of 16.3%.

I’m so amused by how Koreans can be so eagle-eyed. I always thought people were paying attention to Taecyeon’s teeth (its like a long-running insider joke for 2PM fans); who knew that even his ears would get into the spotlight? Maybe Taecyeon needs some earmuffs!

Let’s Fight, Ghost, Episodes 1-2: A Mix of Horror and Comedy

Counterpoint: The Deal With Airport Fashion