Let's Fight, Ghost, Episodes 1-2: A Mix of Horror and Comedy 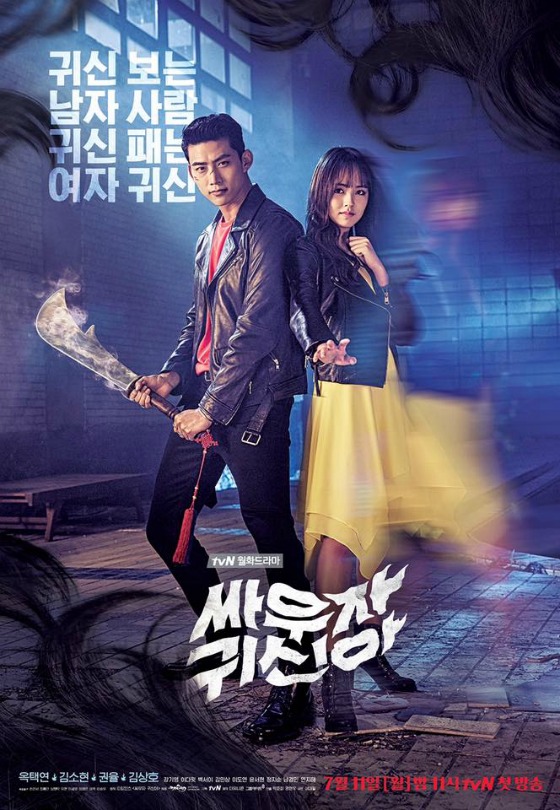 While most international fans associate horror entertainment with the season of fall, South Korea tends to view horror entertainment as a way to cool off in the summer heat. And what better way to spend summertime than watching a ghostly drama? Of course, unlike horror films, Let’s Fight, Ghost shies away from pure horror and mixes in a healthy dose of comedy.

Starring Taecyeon from 2PM as ghost exorcist Park Bong-pal and popular child actress Kim So-hyun as teenage ghost Kim Hyun-ji, Let’s Fight, Ghost follows the two as they pair up to fight ghosts and help them find peace. Their antagonistic relationship is cute to watch and adds a sense of light-hearted fun to the show as they bicker and, begrudgingly, support one another.

However, things aren’t as simple as they seem, and in these first two episodes, viewers are introduced to a number of mysteries. The most significant mystery is Hyun-ji’s memory loss. Hyun-ji doesn’t know why or how she died nor why she is stuck in limbo. Through an accidental kiss, she finds herself reunited with the briefest of memories and thus ensues her quest to kiss Bong-pal again and regain her memories.

Let’s Fight, Ghost follows the same machinations of Oh My Ghostess in which a female ghost repeatedly tries to make a move on a human man. The situation is played off for laughs but not everyone will feel comfortable with this portrayal especially as Kim So-hyun is still a minor in real life (while Taecyeon is in his late twenties).

To it’s credit, Let’s Fight, Ghost avoids sexualizing Kim So-hyun and the “kiss” is rather chaste. Even the kiss at the end of the second episode looks fake, as if the show is trying to avoid having the actors actually kiss. So far, while the ghost-pursues-kissing plot makes me roll my eyes, I don’t have problems with the way the show is building Hyun-ji and Bong-pal’s relationship.

And while there are a few inconsistencies with Let’s Fight, Ghost, the majority of the drama thus far is enjoyable. Of particular note is the balance of horror and comedy. The ghosts in the drama are creepy with great CGI to strengthen the horror factor. However, Let’s Fight, Ghost never veers into pure horror territory; the show quite often subverts expected drama tropes and turns them into comedy instead. 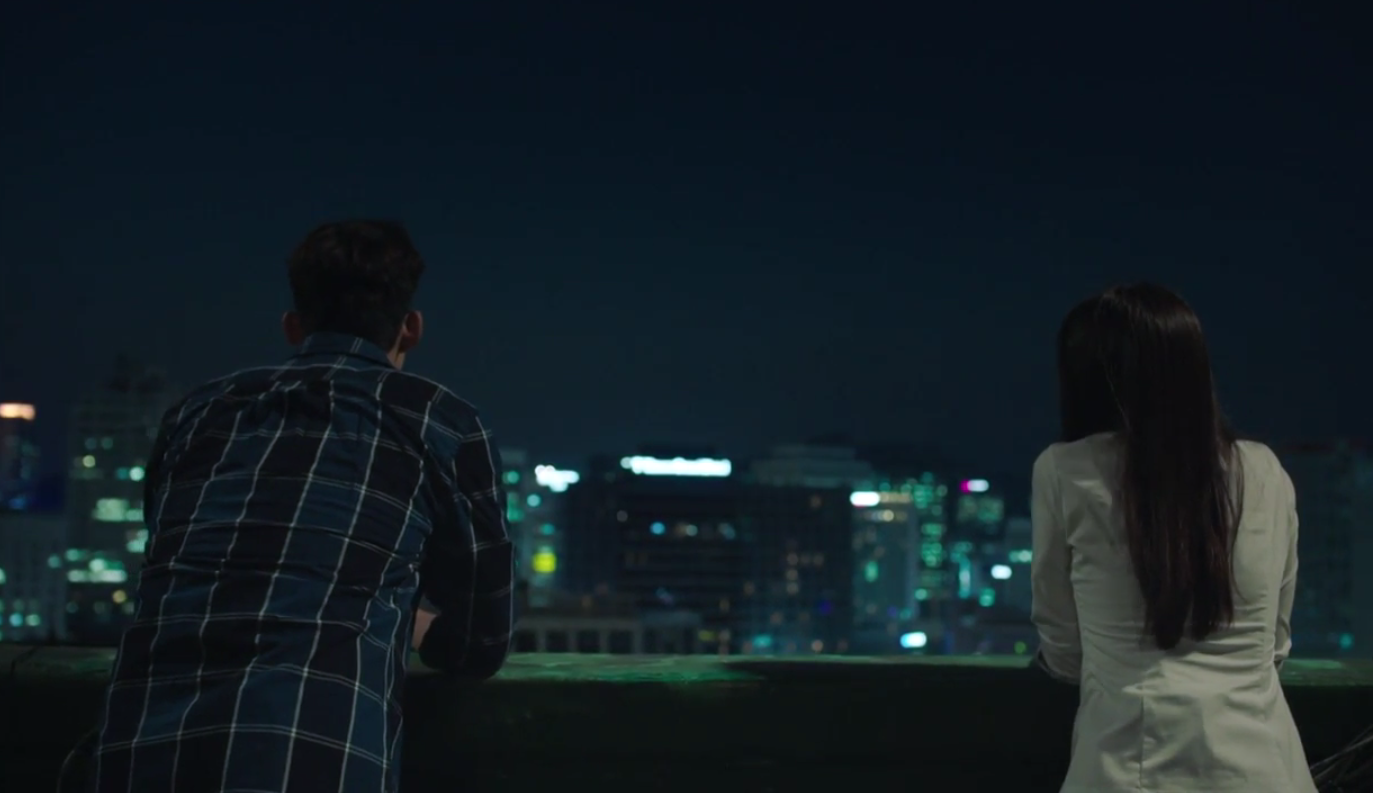 For example, when Bong-pal is first introduced, a ghost does its best to scare him. Bong-pal responds by slapping the ghost and instead of a fight, the ghost asks for forgiveness before leaving. And instead of building up Bong-pal to be a ghost-hunting badass, the show injects humor by having him run away from a ghostly Choi Hong-man — cameo by the famous MMA fighter. Basically, Bong-pal fights ghosts, but only the weak ones.

While humor remains the strength of the show, Let’s Fight, Ghost, slowly lays down the foundation for further conflict and unanswered mysteries that will keep viewers turning in. Why did a ghost kill Bong-pal’s mother and why does he seem to feel like it was his fault? What makes some ghosts good or bad and why are some more sentient than others? And what does veterinarian and professor Joo Hye-sung (Kwon Yool) have to do with anything? Sure, he has a strange supernatural growth on his back, but how does he fit into the story of Bong-pal and Hyun-ji?

All these are questions that the show needs to answer, but it will come down to when Let’s Fight, Ghost decides to answer. After all, I don’t think Hye-sung’s mystery will be revealed for a while, but in the meantime, more world-building would be appreciated as well as learning about Bong-pal’s past. But even if we don’t get that, as long as the drama continues it’s unique mix of horror and comedy, it will be a fun, summer watch.

How did you like Let’s Fight, Ghost? What are your speculations on Hyun-ji’s past?