SB Lookbook: The LBD gets a Kmovie Makeover 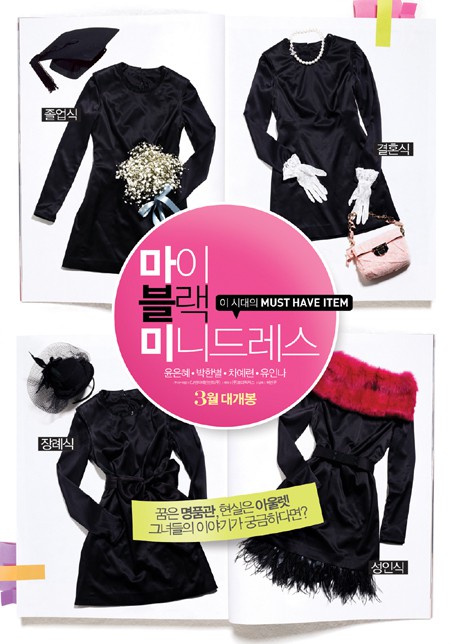 “My Black Mini Dress” is a little ‘ole Kmovie about the fashion must-have for all women- the LBD, or little black dress. Starring the fabulously fashionable and chic young actresses, Yoon Eun Hye (from beloved series “Coffee Prince” and” Goong”, and not so beloved “My Fair Lady”), Park Han Byul (of the disappointing “Oh! My Lady”), Cha Ye Ryun (who played stiff characters in both “Invincible Lee Pyung Kang” and “Dr. Champ” recently), and Yoo In Na (who was super cute as the best BFF ever in “Secret Garden”), “My Black Mini Dress” is a story about four 24-year-old women. Although the actresses are in their mid- to late-twenties themselves, the story is apparently about their lives, the lives, loves, trials and tribulations, fashion, and fabulousness, so even though they are a smidge older than the characters they portray, I’m sure they’ve at least got the fashion and fabulous parts down. 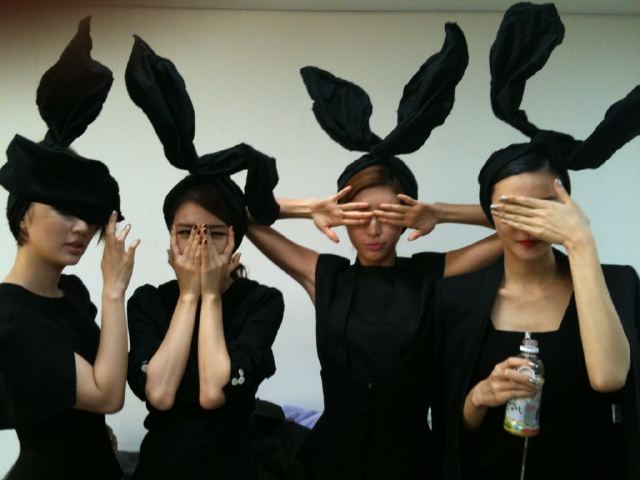 The movie, scheduled for a release on March 24th, and its leading ladies, have already gotten the fashion-conscious netizens’ tongues wagging, and have become the #1 searched topics on popular Korean web portals and search engines such as Naver and Nate. I want to say from the descriptions I’ve read of the movie, that it will be a mix of “The Sisterhood of the Traveling Pants” and “Sex and the City”… so maybe something like, “The Traveling LBD and the City”?? All I know is, you put fashion in a movie and I will buy tickets to the theater. So count me in! 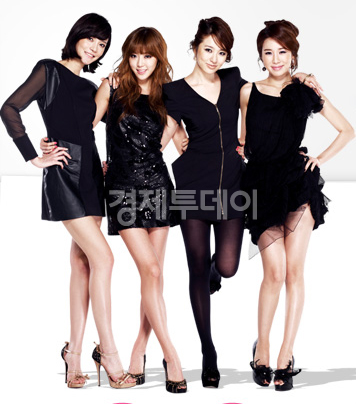 After seeing the movie poster and a shot of our fashionable foursome, I sought to re-create looks for each character/actress, as well as build on the theme in the movie poster- one dress, styled for four different occasions. Here is a little of my own haute Lookbook couture (read: affordable!).

First, I wanted to style an outfit (complete with LBD, natch) for each actress based on what I’ve seen of them in the past, and in the shot above:

Next, I wanted to style an outfit using the same black mini dress for each of the occasions noted in the poster above, which include a graduation (below is what I would have loved to have worn at my own commencement-so much color! I went with neutrals-blah), a wedding (I know that you shouldn’t wear white to a wedding to take away attention from the bride, but no one said anything about animal print!) , a coming-of-age (I’ve also seen the poster translated as adulthood/cotillion–I don’t really get what it means or if there is a special “coming-out” type party in Korean culture for when girls hit maturity, so I took a stab at the “I’m not a girl, not yet a woman” theme; it’s basically what I would wear to feel “adult-like”) and a funeral (I’ve actually never attended a funeral, but I think that one would try to dress solemnly and warmly since you may most likely be outside for some portion of the services, and I, personally, would probably need a purse to hold my Kleenex, mirror, and waterproof mascara.). 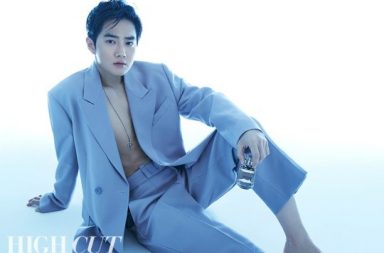 For Your Viewing Pleasure: Blazer Up with Attitude