Kibum speaks up on his withdrawal from U-Kiss 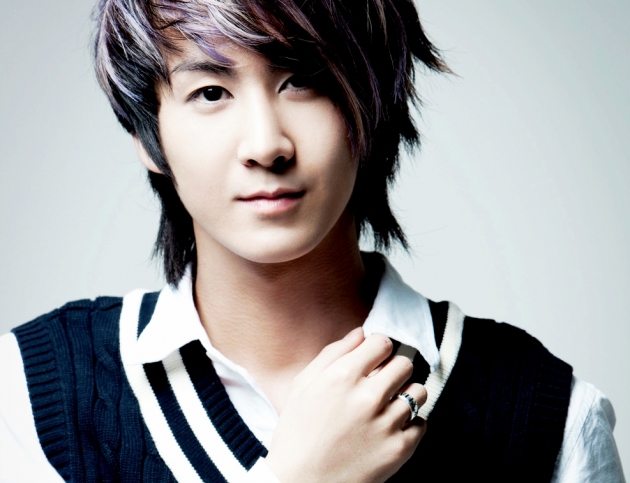 Last week, U-Kiss fans were hit with the surprising news that U-Kiss members Kibum and Alexander would be withdrawing from the group. Alexander allegedly left to pursue further academic studies, but Kibum’s departure has proven a bit more controversial as he was allegedly the victim of a member replacement. In short, many have said (and Kibum himself has implied) that he was booted out of the group by his management company, NH Media.

Today, Kibum made an appearance on KBS’ Entertainers where he spoke frankly about the situation. Check out the interview below (starts at 1:30):

Hello, this is Kim Kibum. I’m sorry for having to meet everyone via the news, as well as having to show my makeup-less face. It’s been hard lately, you see…

Q: What is the current situation?

KB: My former agency cancelled my contract. Around February, I was informed that they would like to do some member replacements. I asked if I was to be replaced, and they said yes. They said that my vocal role in the group was weak, and for this, I respected my company’s decision.

Q: What was the reasoning behind the widespread discussion of the phrase “Kim Kibum withdrawing”?

KB: (Laughs) I think I lacked in many areas. I believe that my abilities as a singer were also lacking.

Q: There are rumors saying that you withdrew in order to focus on your business.

KB: I don’t know how that rumor surfaced. Because my activities ended following the cancellation of my contract, I didn’t participate in U-Kiss activities for about a month. To be honest, I didn’t speak up about my situation during that time because I didn’t want it to affect the other members. The fans seemed to misunderstand the situation, saying “Did he stop his U-Kiss activities because of his business?” or “If you’re going to focus on your business, just be a businessman.” I think that these misunderstandings became rooted during that month.

Q: How is the fan response?

KB: A lot of fans have asked me to come back, saying that U-Kiss isn’t the same without seven members. I feel sorry towards the fans because of how things turned out. They believed in me, so I’m hurt that Alexander and I had to withdraw from U-Kiss. I’m a little disappointed that I couldn’t stay in the group out of my own volition. If U-Kiss becomes more successful after member replacements, then I suppose I’ll be okay with that.

Q: What was your brother’s reaction to the situation?

KB: My brother (SS501’s Kim Hyung-joon) seemed to be really hurt that we couldn’t go through it together until the end, and that I “got off the bus” halfway through. He told me, “I wanted you to do well, but I had no idea that things would turn out like this.” I was fine with it, but my brother got angry. (Laughs) But he said that things like this happen, and told me to be strong through it.

I’m planning to further pursue individual activities, and I’ll be working hard to be successful with my character business. Once again, I’m sorry for having to present myself in such a manner, but I will try my best to show myself in a better light in the future.

Sad news, but can I just cry some mothereffin’ proud tears for how maturely Kibum has been handling this situation? The one thing I’ve always appreciated about U-Kiss is how frank and honest they always are – it’s a stark contrast from the image-heavy presentation exhibited by a lot of idol groups. Best of luck, Kibum.