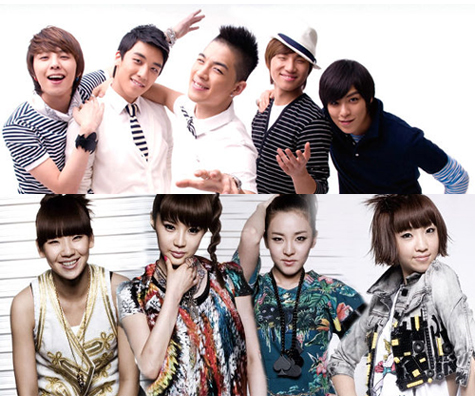 You would think, that with all the albums, all the concerts, all the awards, the MVs and the TV shows the fans of YG Entertainment would be the last people to have something to complain about. However, if you think that, you haven’t been in k-pop fandom for very long.

Only in Korean music would you have fans of the two biggest idol groups in the same company at each others’ throats:

Big Bang fans, are said to be the head of conflict, by saying that YG Entertainment CEO, Yang Hyun-Suk has “2NE1 favoritism.” There was mounting frustration against YGE when they declared that no YG Family member would be attending the December 30 “KBS Gayo Daejun,” by declaring a boycott. Because of this, rumors that Big Bang sub-unit composed of G-Dragon and TOP, who are doing their promotional activities for their “GTOP” album, may not be appearing in KBS2 “Music Bank,” because of the situation.

Big Bang fans have posted their discontent on various entertainment-related bulletin boards, saying things like, “Last year, the most active group from YG is 2NE1, and they went to all music programs. But now because of their boycott against the KBS Gayo Daejun, G-Dragon and TOP’s promotions might suffer damages! Why is Yang Hyun-Suk, the president of YG Entertainment, showing favoritism towards 2NE1, last 2010?” expressing their dissatisfaction.

All I have to say is that the fans are very lucky Yang Hyun-Suk took a break from counting his money to calm the peasant rebellion:

Conscious of the backlash against their December 30 boycott, YG CEO Yang Hyun-Suk made a statement through their blog, “YG’s reason on refraining artists from TV appearances.” In this article, it was stated, “The reason behind why YG reduces TV appearances is because of our concern for our artists. Especially for 2NE1, if they are set to appear in a show, they have to start early in the morning, at two o’clock, just to get their hair and make-up ready, and then have to rush to the studio for rehearsals, causing them to have little sleep. And if they have other schedules the night or the day before, then it gets more tiring,” he said.

Everything cool right? You must be new around these parts, because that couldn’t more patently untrue:

But this article brought more dissatisfaction for Big Bang fans. Fans said, “So it’s because 2NE1 needs elaborate hair and make-up. So because of that, Big Bang’s 2 members’ activities will become endangered,” they retorted.

Oh for crying out – you know, I expect this kind of nonsense between fans of rival companies, but fans of artists under the same label? Unbelievable.

Now, the general argument of 2NE1 favoritism is a whole other controversial post (that I will not be penning anytime soon) but Big Bang as a whole have  not even released their album yet. For all intents and purposes, G-Dragon and TOP seem to be treating this collaboration as a fun side project more than anything else – the hair alone kills any serious intentions to gather from this promotion.

Again, like most things in k-pop, this is cyclical. Before 2NE1’s new position as Papa YG’s favorite pets, fans crowed that he was neglecting them because of the uncertainties surrounding their album release.

Ashes to ashes, dust to dust. I have a feeling that upon Big Bang’s 2011 album release, any and all negative reaction for YG will be replaced with cries of “Best Music Label Evar!” And Big Bang will proceed to decimate and incinerate all rivals in their path. But only if TOP changes his hair.