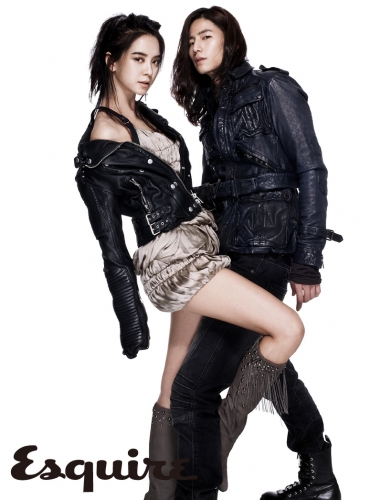 Song Ji-hyo appears in the February issue of Esquire Korea rocking a sultry and sexy concept.  The actress who has been out of the acting scene for a couple of years now only recently returned to the entertainment scene when she became a regular cast member on the variety show Running Man.  Her last drama was Jumong, which after almost a year of airing ended in March of 2007, her last acting role was as the Queen in the infinitely popular and controversial film A Frozen Flower. 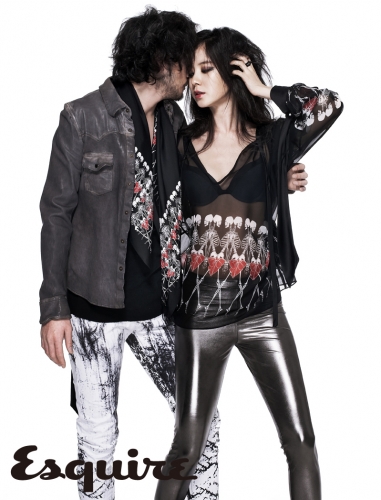 I still find it hard convincing myself that the hilariously tough Ji-hyo from Running Man is the same actress that portrayed the queen in A Frozen Flower and uh, if you saw the movie… um, yeah.  Anyways, Ji-hyo is great and I can’t wait to see her once again acting with her upcoming project.  She’ll make her return to the small screen in the upcoming Kdrama Crime Squad in which she will reunite with Jumong co-star Song Il-gook. Crime Squad will debut February 28th after the completion of Dream High.