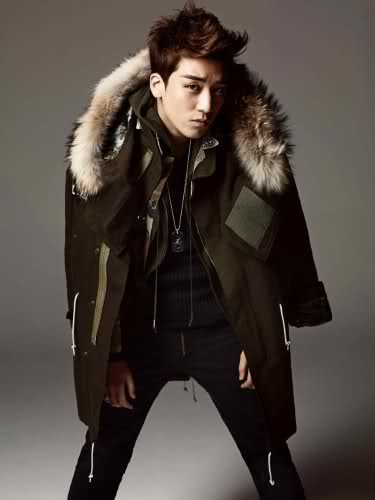 I’m thinking that I’m a visual person, songs always sound a little bit better with a good MV.  Via Big Bang‘s official YouTube channel, YG Entertainment has released the MV for Seungri‘s two title tracks from his VVIP mini album.  YGE, doing things one at a time is no longer good enough for you, eh.

First up “VVIP” my preference over the two.  It has an Alice in Wonderland like concept with styling like a Mad Hatter (with maybe some of the Queen of Hearts’ minions thrown in) and starring child actress Kim Yoo-jung (The Gumiho’s Revenge).  I like the concept, the styling is slick, and the dancing is smooth.

Next up, his “What Can I Do” MV which is sexier and a little like his “Strong Baby” MV with dancing and the girl in the club, except this time he doesn’t get the girl.

I gotta admit I liked how he breaked it down in that white room.

Both videos, while not groundbreaking or very original, were still well made.  The styling of the sets, the cinematography, and the dancing were great which is expected of Seungri.  I don’t think either song is as good as “Strong Baby” was, but not every song can be a hit.