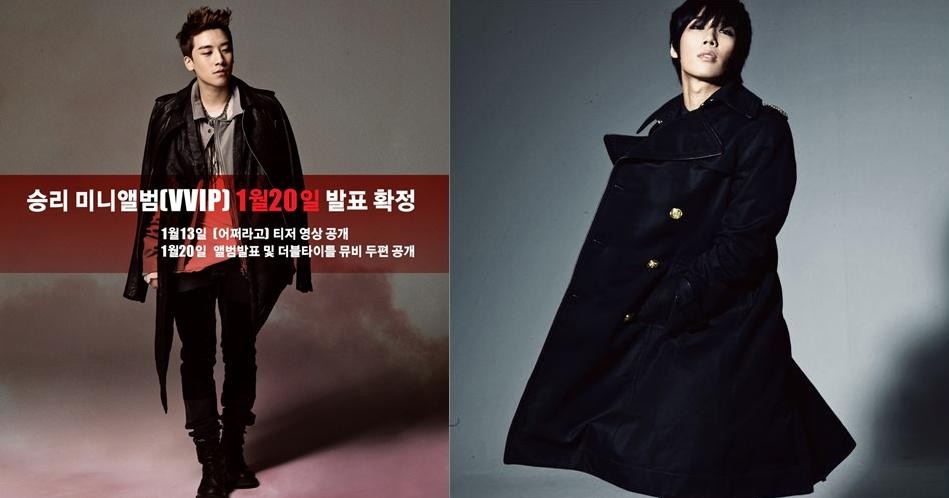 Members from two of Kpop’s biggest boy bands, Big Bang maknae Seungri and SS501‘s Park Jung-min both released their solo albums on the 20th in Korea.  So, if we were to match up the title tracks from both albums who’d be the winner in a Kpop Throwdown?

The song is all over the place musically with some electronica, funk, and big band with strong vocals by Seungri (hey, thanks for no auto tune).  I’m not loving it, but the more I listened to it, it’s growing on me.  My fave song on the album is probably the ballad, “In My World.”  Thanks to YGE’s use of iTunes, just a day later than it was available in the ROK, international fans too can buy VVIP.

Park Jung-min’s mini album Not Alone has six tracks on it: 1. Not Alone, 2. Do you know?, 3. My Day is Everyday Christmas and the instrumental for each of the three songs.  Here’s the MV of the title track “Not Alone”

I’ve said earlier that I loved the strings (in the teaser) and the whole song doesn’t disappoint.  The instrumentation is great and Jung-min’s vocals go nicely with it.  I kind of like the video showing people who are probably societal outcasts with the whole message of being ‘not alone.’  The other song on the album “Do You Know” is a slower ballad with a piano accompaniment in the beginning which leads into a the main part of the song.  The mixing of the vocals and piano is a little unbalanced in my opinion.

If I were to just base a winner on the two title tracks, the throwdown would go to Jung-min.  I just think “Not Alone” is a better song.  Comparing the two mini albums side by side, I would have to say Seungri’s VVIP is better.  It’s really seven songs versus three and when you compare the two, Seungri’s has more diversity.  That’s my take on this Kpop throwdown, what’s yours?